This section of the website presents a single collection of objects from one donor: the New York City Department of Health and Mental Hygiene. The collection documents the activities of the Health Department from the late-19th century through the mid-20th century. It includes a broad selection of equipment and tools used by the Department over several decades and for a variety of public health initiatives.

Municipal public health departments like New York’s rose to prominence during the Progressive era with strong support for the role of government in reform programs. The departments dealt directly with health issues affecting poor urban neighborhoods often composed of immigrant populations. Their activities in promoting health and hygiene were part of larger efforts to transmit American values and make American citizens of these newcomers.

At the turn of the 20th century, the Health Department had built an immensely influential and extensive public health infrastructure: it was major force in the development of health code standards, as well as health education for physicians, government, and the public.

Objects from this collection speak to many of the Department’s most important activities. In 1874, the Department responded to an outbreak of smallpox by organizing a team of staff to conduct vaccinations, and establishing a temporary vaccine laboratory to make and sell vaccine. By 1893, the Department expanded its laboratory and made it permanent. It was the first municipal laboratory in the U.S. That same year, bacteriologist William H. Park became director of the laboratory. 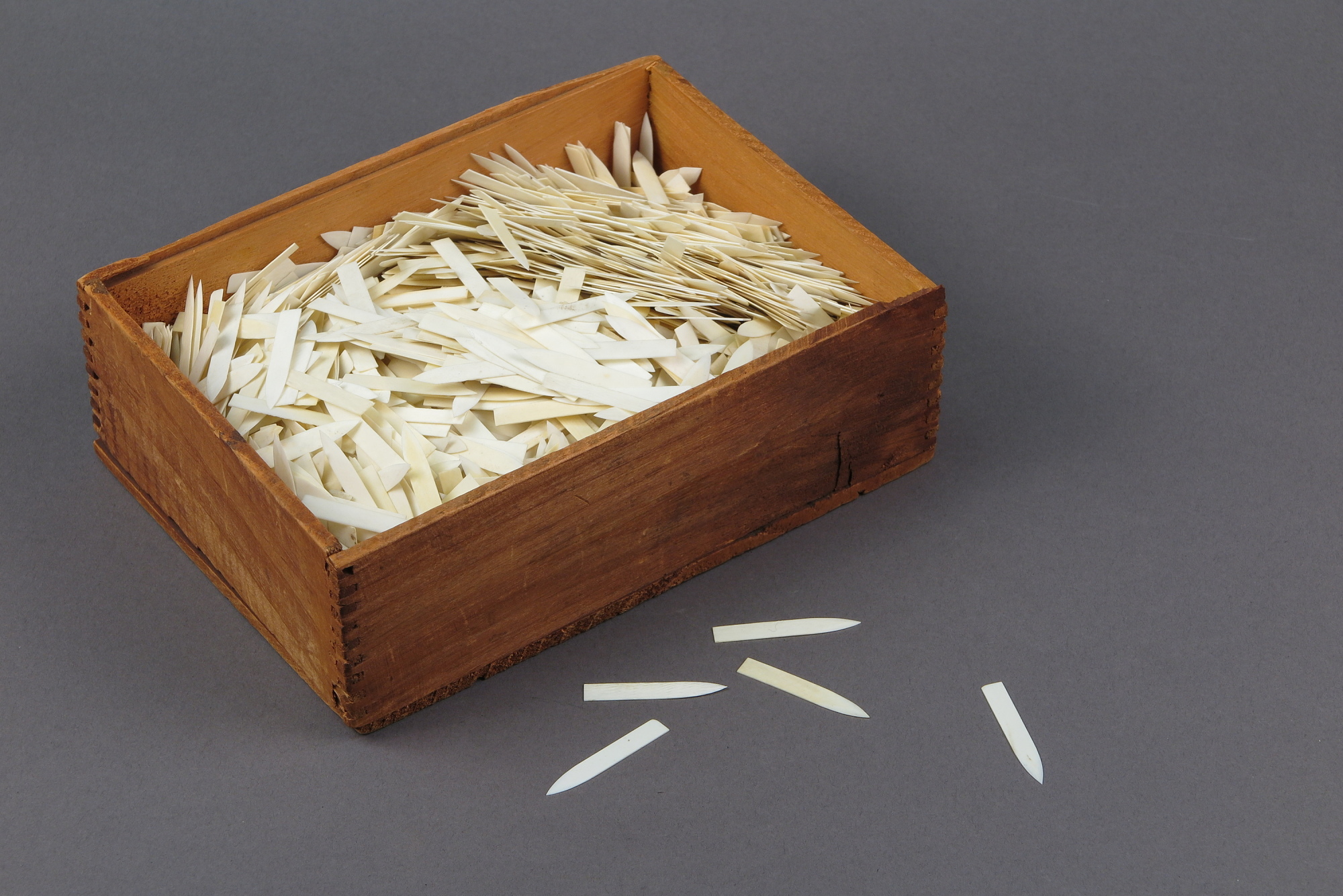 A wooden box of ivory vaccinator points used for the type of mass vaccinations that had to be accomplished in a population center such as New York City.

By the mid-1890s, the Department had developed an educational program to assist in its fight against tuberculosis. The program provided instructional pamphlets, and the Department gave public lectures, using lantern slides to illustrate important points. The laboratory also began investigating tubercle bacilli in sputum, administering the vaccine against rabies, and providing examinations for malaria, typhoid fever, and gonorrhea. 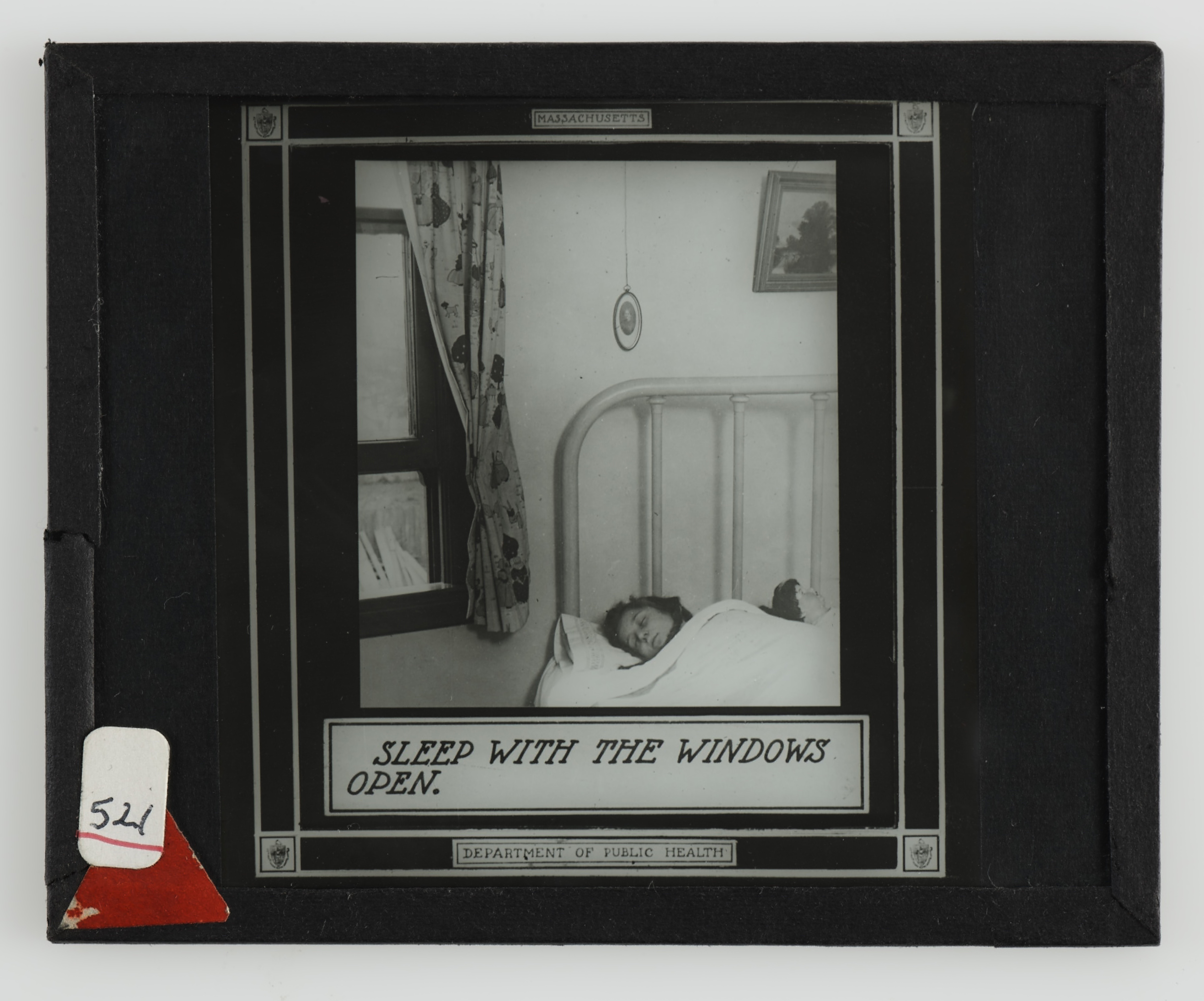 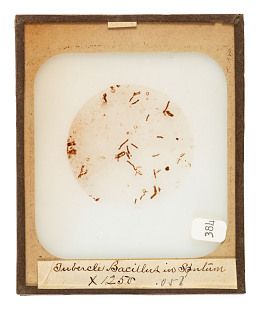 Lantern slides used in the Department’s educational programs and research activities: “Sleep with the Windows Open” and “Tubercle Bacillus in Sputum x 1250.”

In 1894, Dr. Anna Wessels Williams, in collaboration with Dr. Park, isolated a new strain of diphtheria that was used to create a much improved diphtheria antitoxin. The Department quickly became one of the country’s leading producers of diphtheria and other antitoxins. During the First World War, it produced vaccines and antitoxins for the military. 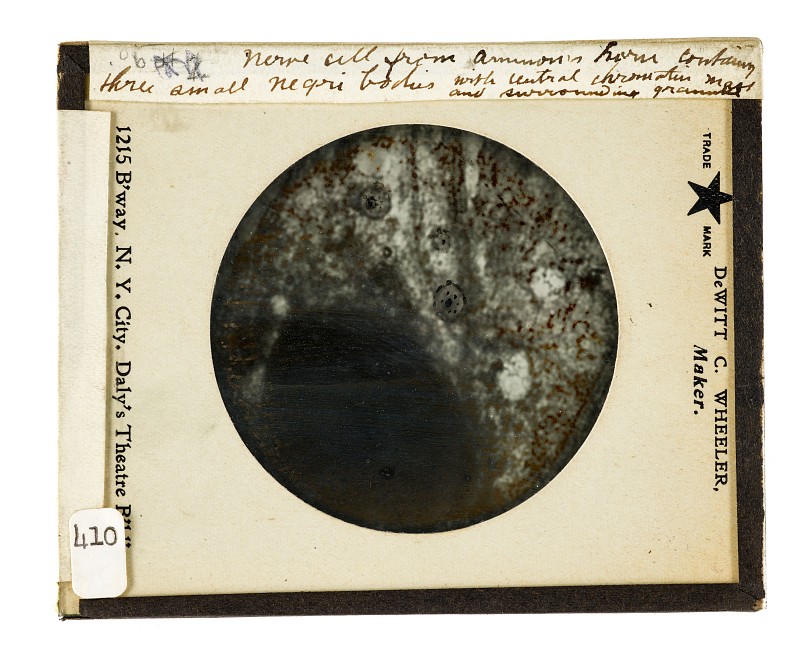 A lantern slide from the Department’s research and education materials. The slide’s label points to the presence of three small Negri bodies, which are indicators of rabies infection.

The Department led public health efforts to fight venereal disease. In 1912 it instituted a public education and testing program. A new laboratory was dedicated to test for syphilis and gonorrhea, and staff hung educational signs in public bathrooms and placed informative notices in newspapers. 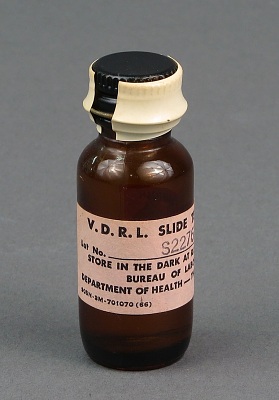 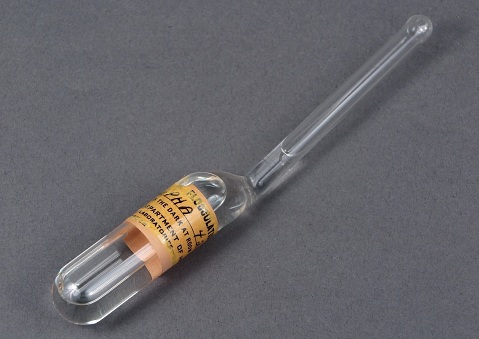 In 1914, Dr. Park devised the first vaccine against diphtheria. A specialist in ailments of the nose and throat, his treatment and research specialties are reflected in the contents of his surgical set: instruments used in the examination and treatment of the nose, throat, trachea, and larynx. 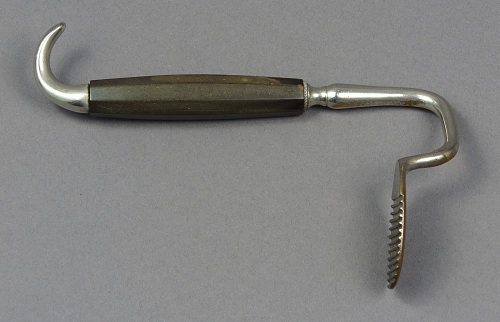 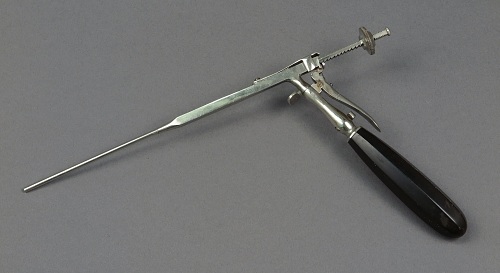 The Department was an early model for broad, multifaceted municipal engagement with community health and hygiene, and it performed many services beyond the laboratory’s infectious disease research, prevention, and treatment programs.

The Department devised food and drink sanitation standards and instituted permitting processes. It is renowned for its proactive testing and enforcement of sanitation standards for milk, including testing the city’s dairy cattle for bovine tuberculosis. It also set up stations where parents could acquire free milk and have their baby weighed and examined. The Department’s task force of trained nurses conducted home and school visits, providing health education and assessments, as well as treatment for both children and adults. 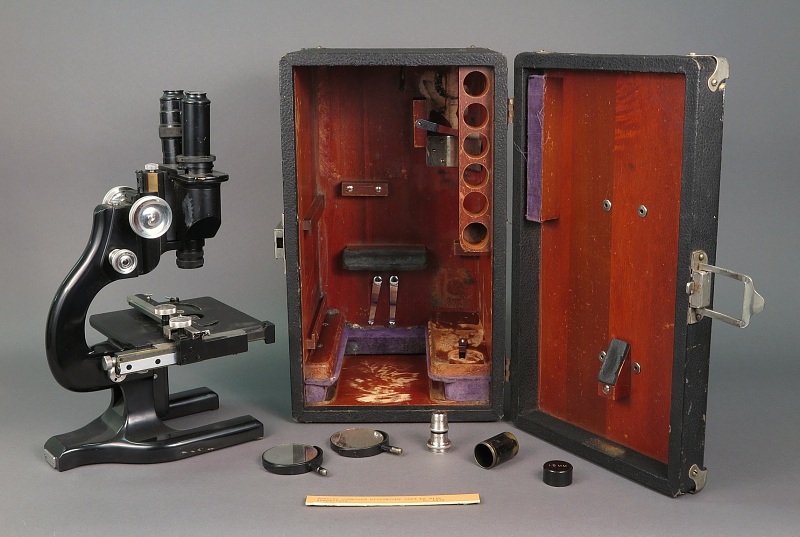 A microscope used by New York Health Department milk inspectors tasked with the control of sickness spread via bacteria in milk. 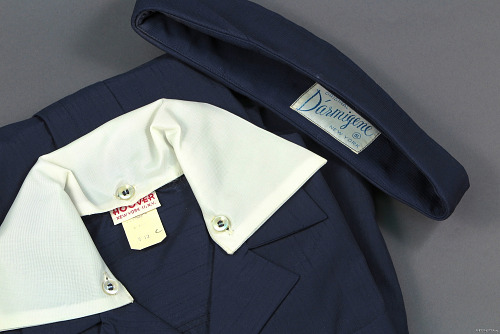 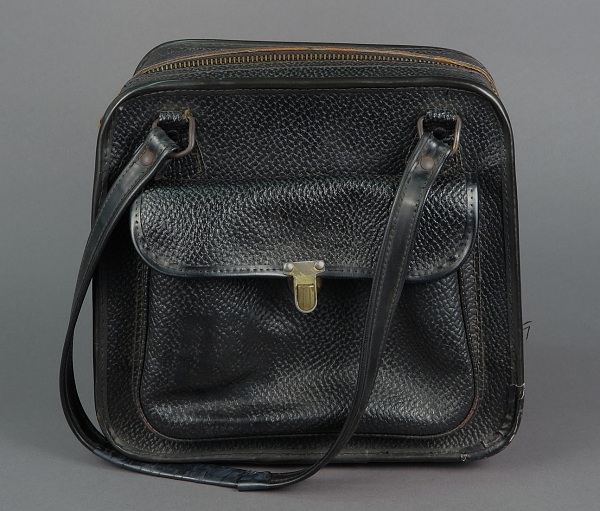