The following glossary and video animations are provided as an aid for understanding the museum’s collections.

Keep in mind that the meaning of terms has changed over time as our understanding of the immune system has evolved. In addition, terms used in product names do not always reflect current scientific usage. For example, manufacturers of products sold during the 1920s often used the term “vaccine” in a way that does not reflect current standards for approved vaccines.

The video animations are provided by and for the Vaccine Makers Project ©2016. Medical History Pictures, Inc. All rights reserved. The glossary has been adapted from the NIH PubMed Health Glossary and the CDC Vaccine Glossary.

Antibody: A protein produced by the immune system in response to a foreign substance such as a virus or bacterium. Antibodies protect the body from disease by binding to these pathogens and neutralizing or destroying them.

How do Antibodies Work? from Vaccine Makers Project on Vimeo.

Antigen: The component of a pathogen that triggers the production of antibodies when it is introduced into the body. The resulting antibodies bind to the antigen.

Bacterial Antigen (ca 1949) made from Hemophilus pertussis, the bacteria that causes whooping cough. This product does not contain the whole microorganism, only the part that triggers the immune system to produce antibodies. Antigens are used in vaccines and in diagnostic tests.

Immune System: The body's system for protecting itself from viruses and bacteria or other foreign substances. The production of antibodies is part of the body’s immune response.

The Adaptive Immune System from Vaccine Makers Project on Vimeo.

Pathogen: A disease-causing agent, such as a virus or an organism. Microscopic organisms that cause disease include bacteria, protozoa, and some fungi and parasites.

Infection: The invasion and growth of pathogens in the body. The pathogens may be bacteria, viruses, yeast, fungi, or other microorganisms.

Virus: In medicine, a very simple microorganism that infects cells and may cause disease. Because viruses can multiply only inside infected cells, they are not considered to be alive. It is a particle much smaller than a bacterial cell, consisting of a small genome of either DNA or RNA surrounded by a protein coat.

Vaccine: A product that produces immunity, thereby protecting the body from the disease. Vaccines are made from killed or weakened infectious organisms, or the parts of these organisms that provoke an immune response.

Modified Live Virus Vaccine: A vaccine in which live virus is weakened (or attenuated) through chemical or physical processes in order to produce an immune response without causing the severe effects of the disease.

Hog Cholera Vaccine (ca 1962) is an example of a modified live virus vaccine. The hog cholera virus was grown in rabbits in order to attenuate (or weaken) it.

Inactivated (killed) Virus Vaccine: A vaccine made from viruses and bacteria that have been killed through physical or chemical processes. These killed organisms cannot cause disease. 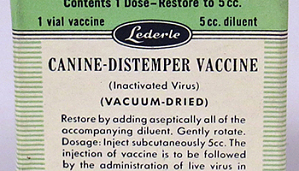 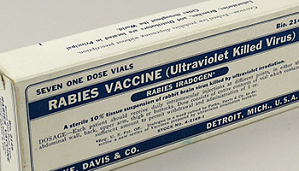 Serum: The part of the blood that contains antibodies. Serum does not contain any red or white blood cells.

Antiserum: A serum rich in antibodies against a particular bacteria, virus, or toxin. Antiserum is produced by first immunizing an animal against a specific pathogen, then bleeding the animal and separating out the antibody-rich serum. The resulting serum is used to treat the disease. Serums may also be derived from humans who have acquired immunity to a specific disease. 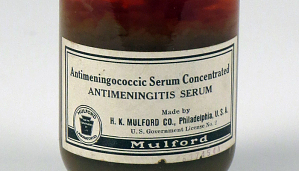 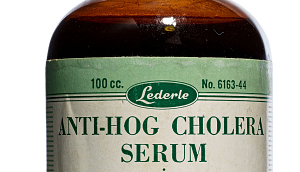 Antitoxin: A specific kind of antiserum that is produced by immunizing animals with a bacterial toxin, such as diphtheria toxin or tetanus toxin. 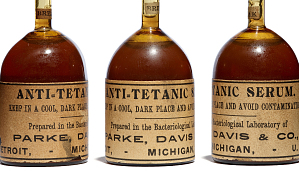 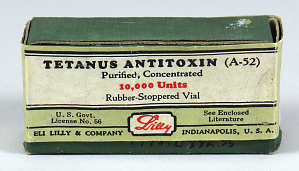 Anti-tetanic Serum (1898) and Tetanus Antitoxin (ca 1953) are different names for the same product.

Bacterin: Products made from killed bacteria, often a mixture of several different kinds of bacteria. Historically, these products were used to try to prevent infection, but they produced an unpredictable or weak immune response. They are still produced for veterinary use.

Toxin: A substance produced by bacteria that can damage and destroy cells. A bacterial toxin is the cause of diseases such as diphtheria, tetanus, and botulism. Not all bacteria secrete toxins. Toxins provoke an immune response,triggering the production of antibodies. 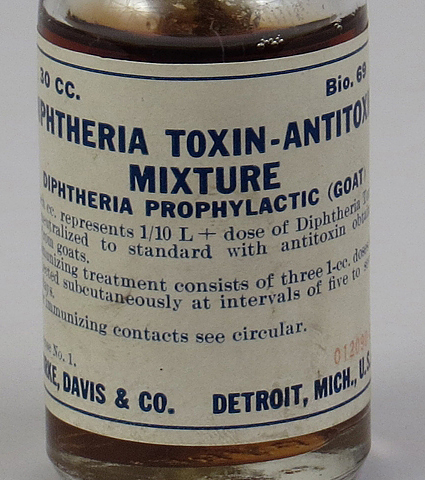 The Schick test uses Diphtheria toxin (ca 1951) to test whether an individual is susceptible to diphtheria. A mixture of Diphtheria Toxin-Antitoxin (ca 1940) was used as a vaccine for diphtheria in the first half of the 20th century.

Toxoid: A toxoid is a weakened form of a toxin. Toxoid vaccines are used to prevent diseases caused by toxin-producing bacteria. The toxoid triggers the body to produce antibodies, but is too weak to cause illness. 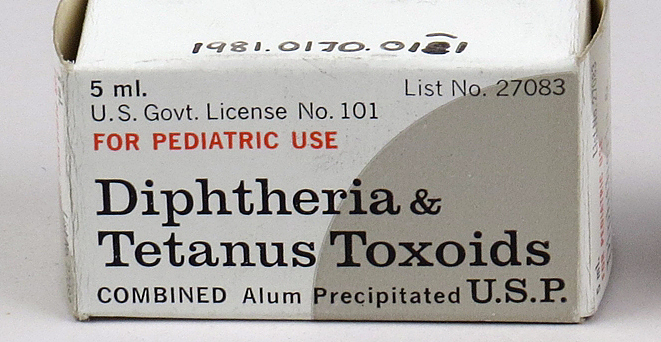 Diphtheria and tetanus toxoids are combined in this vaccine (ca 1965).

Immunogen: An antigen. A foreign substance that triggers the production of a specific antibody.

The terms immunogen and antigen are used interchangeably in this example of Streptococcus Immunogen, Arthritis (ca 1937). This bacterial antigen was made from streptococci isolated from rheumatic cases. 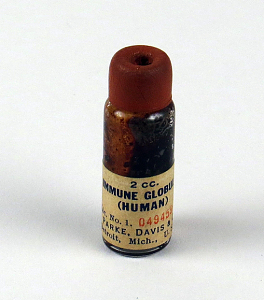 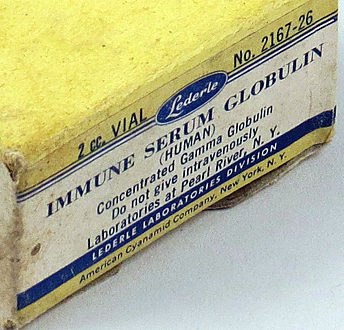