President Obama was the first president of the social media era and the Smithsonian brought this national event to the world through social media. In addition to live coverage bringing audiences into the unveiling, the Smithsonian’s social media team also contextualized this moment using our collections and educational resources.

In the days before the ceremony, we shared the history of presidential portraiture, information about the artists selected to paint the museum’s official portraits, and other objects and stories related to the Obamas across our collections. Smithsonian accounts shared quotes, live video, photos, and more on Twitter, Facebook and in an Instagram Story.

Hundreds of thousands of people engaged with Smithsonian and museum accounts across multiple platforms. Smithsonian posts resulted in an estimated 3.3 million impressions.

Both will be on view starting tomorrow at our @NPG. About the artists: https://t.co/ed4LlI52Od #myNPG pic.twitter.com/Q3K9C5F7yI

Today we unveiled the portraits of President @barackobama and Mrs. @michelleobama at our @smithsoniannpg. The museum collects multiple images of the presidents and first ladies but also commissions a set of portraits at the end of each presidency. Kehinde Wiley, a New York-based artist, references President @barackobama’s life in the decorative background with chrysanthemums (the official flower of Chicago), jasmine (symbolic of Hawaii where the President spent most of his childhood) and African blue lilies (alluding to the President’s late Kenyan father). @kehindewiley is well known for creating vibrant, large-scale paintings of African Americans in poses resembling famous figures in the history of Western art. Amy Sherald, chosen to paint Mrs. @michelleobama, is a Baltimore-based artist known for her stylized, archetypal portrayals of African Americans. In this oil-on-linen painting, @asherald depicts the former First Lady as both confident and approachable in a dress by Michelle Smith’s label Milly. Both portraits will be on view starting Feb. 13—his permanently in the “America’s Presidents” exhibition and hers in the museum’s “Recent Acquisitions” corridor through early November 2018. #myNPG #ObamaPortraits

Setting the Stage for the Portrait Unveiling

As we look forward to Monday’s unveiling of the portraits of President @barackobama and Mrs. @michelleobama at our @smithsoniannpg, we’re taking a look at their likenesses already in the collection. The museum collects multiple images of the presidents and first ladies but also commissions a set of portraits. The White House has the other collection of presidential portraits. Shepard Fairey’s Barack Obama Hope poster became an iconic campaign image. Early in 2008, the Los Angeles–based graphic designer and street artist designed his first Obama portraits—this one is done in collage, stencil and acrylic. The museum’s official portrait unveiling will be streamed live starting at 10 a.m. ET Monday. Tune in on Facebook or at npg.si.edu/obama-livestream. #ObamaPortraits #myNPG

We’re getting ready to unveil the portraits of President @barackobama and Mrs. @michelleobama at our @smithsoniannpg this Monday! The museum’s official portraits will be revealed then, but we’re hoping this portrait may help tide you over. Mickalene Thomas playfully titled this portrait of the nation’s first African American first lady "Michelle O," creating an implicit comparison between Michelle Obama’s youthful, fashion-forward glamour and that of Jacqueline Kennedy. The unveiling will be streamed live starting at 10 a.m. ET Monday. You can watch on Facebook or at npg.si.edu/obama-livestream. #ObamaPortraits #myNPG

Monday at 10 a.m. ET, we'll share a live broadcast of the portrait unveiling for President @BarackObama & Mrs. @MichelleObama at our @NPG.

George Washington is the most well-represented president in our collection.

The most iconic image—and the signature image of the gallery of presidential portraits—is the Lansdowne Portrait painted by Gilbert Stuart in 1796. https://t.co/KxPGxoEkSW pic.twitter.com/BpHGZRnIIe

Amy Sherald, chosen to paint Mrs. @MichelleObama, is a Baltimore-based artist known for her stylized, archetypal portrayals of African Americans. Sherald's "Grand Dame Queenie" is in our @NMAAHC: https://t.co/RQbm2BBpY2 pic.twitter.com/xn2lOCBsSS

Jacob Philadelphia checks out President Obama's hair in May 2009, a photo by @PeteSouza in our @NMAAHC https://t.co/SKGtwpqWzu pic.twitter.com/TfvSsTbrzD

We’re at our @NPG this morning for the unveiling of the #ObamaPortraits. Watch the ceremony to see the portraits of President @BarackObama and Mrs. @MichelleObama, live at 10 a.m. ET: https://t.co/1SGUfqZxuj #myNPG pic.twitter.com/0XBzwLzZcj

Former First Lady @MichelleObama: “I am humbled. I am honored. I am proud. But most of all, I am so incredibly grateful for all the people who came before me on this journey—the folks who built the foundation on which I stand.” pic.twitter.com/k5B9ZDomxn

Artist Amy Sherald, who painted @MichelleObama: "Once my paintings are complete the model no longer lives in that painting as themselves. I see something bigger, more symbolic, an archetype." #ObamaPortraits #myNPG pic.twitter.com/zvzhYsSupl

President @BarackObama on @kehindewileyart: “What I was always struck by when I saw his portraits was the degree to which they challenged our ideas of power and privilege.” #ObamaPortraits #myNPG pic.twitter.com/D1IHAsULEZ

A historic day—we are honored to have such amazing works of President @BarackObama and Mrs. @MichelleObama in our collection. Relive a highlight from the unveiling before seeing them in person starting tomorrow, Feb. 13 #myNPG pic.twitter.com/EeUfE5VeiC 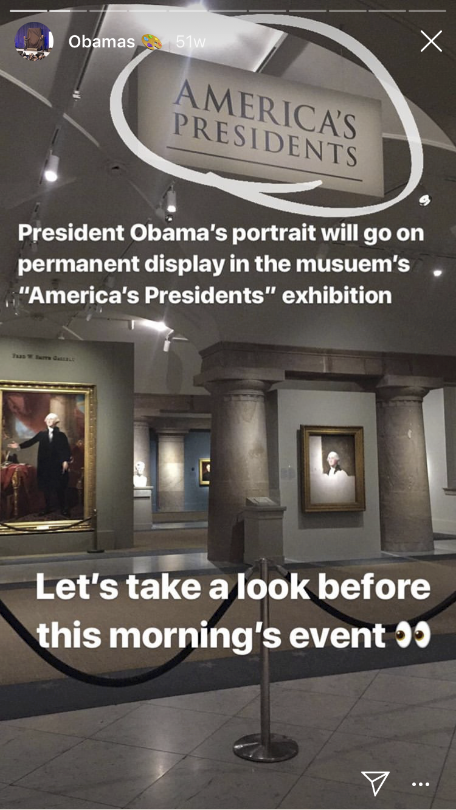 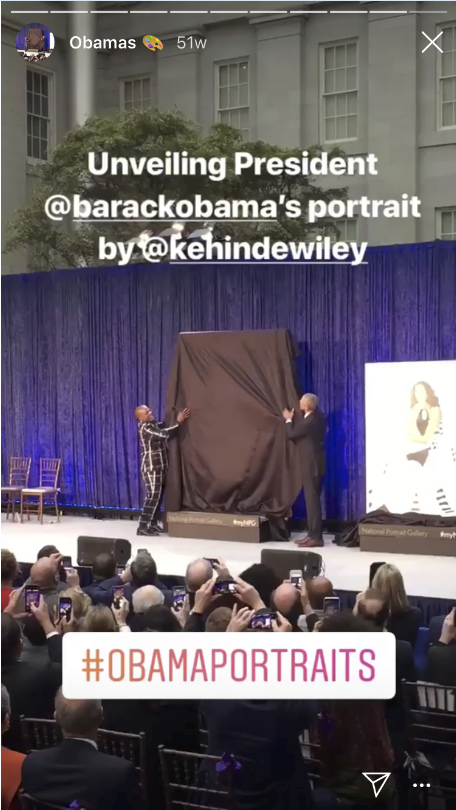