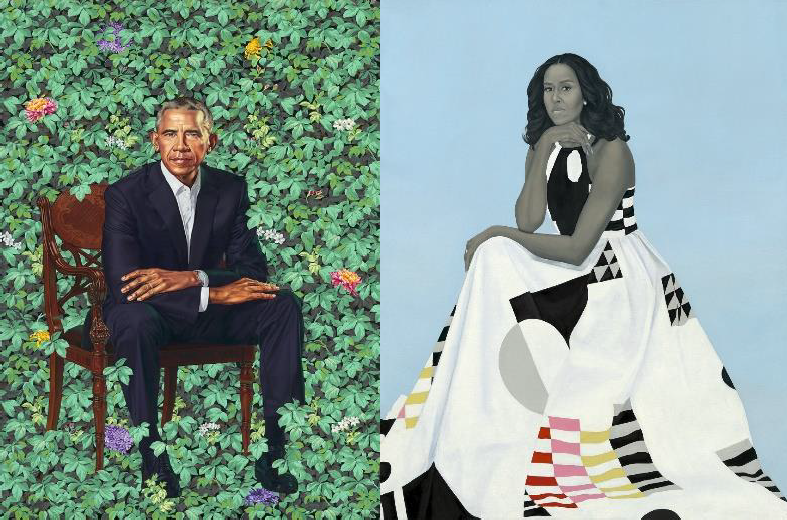 The Smithsonian’s National Portrait Gallery has announced a five-city tour next year of the portraits of President Barack Obama and Mrs. Michelle Obama by artists Kehinde Wiley and Amy Sherald, respectively, that will launch during the summer of 2021. Next year, in mid-May 2021, the Obama portraits, commissioned by the National Portrait Gallery, will temporarily go off view from the museum’s exhibitions for tour preparation.

The tour will commence in Chicago, June 18, 2021, and will continue, with the works traveling across the country, through May 30, 2022. This is one of several initiatives being set by the Portrait Gallery to engage communities nationwide throughout the next four years. The artworks are expected to reach millions of people who may not be able to visit Washington, D.C.

“We view the country as our community,” said Kim Sajet, director of the National Portrait Gallery. “Since the unveiling of these two portraits of the Obamas, the Portrait Gallery has experienced a record number of visitors, not only to view these works in person, but to be part of the communal experience of a particular moment in time. This tour is an opportunity for audiences in different parts of the country to witness how portraiture can engage people in the beauty of dialogue and shared experience.”

The paintings were commissioned by the National Portrait Gallery and revealed in a special unveiling ceremony Feb. 12, 2018, in the presence of President Barack Obama and former First Lady Michelle Obama, and the artists. Wiley and Sherald are the first African American artists to have been selected for the National Portrait Gallery’s official portraits of a President or First Lady.

In addition to the paintings, the tour will include an audio-visual element, Portrait Gallery-led teacher workshops and curatorial presentations in each location. In anticipation of the tour, the Portrait Gallery is also publishing a book in partnership with Princeton University Press. The Obama Portraits will be released Feb. 11.