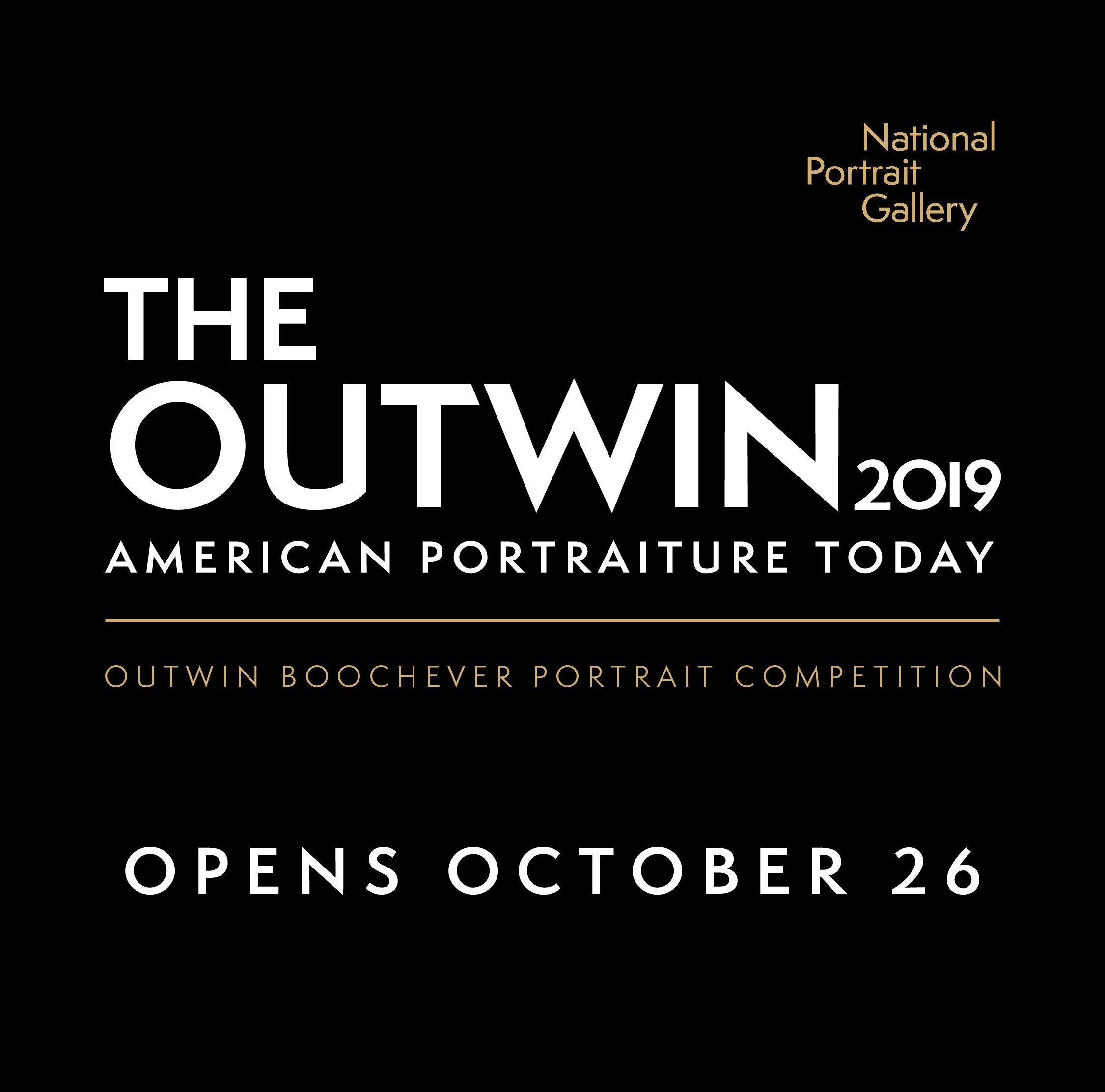 Note: This press release has been updated. A previous version was posted in May, 2019.

The Smithsonian’s National Portrait Gallery has announced the finalists for its fifth triennial Outwin Boochever Portrait Competition. Their work will be presented in “The Outwin 2019: American Portraiture Today,” a major exhibition premiering at the National Portrait Gallery Oct. 26 through Aug. 30, 2020. Every three years, artists living and working in the United States are invited to submit one of their recent portraits to a panel of experts chosen by the museum. The works of this year’s nearly 50 finalists were selected from over 2,600 entries. The first-prize winner, to be announced this fall, will receive a cash award of $25,000 and a commission to create a portrait of a living person for the museum’s permanent collection.

The Outwin Boochever Portrait Competition encourages artists from across the United States to submit artworks that challenge the definition of portraiture. This year’s competition received entries in a variety of media, and the winning artworks reflect the very compelling and diverse approaches that today’s artists are using to tell the American story through portraiture. Finalists have come from 14 states, Washington, D.C. and Puerto Rico. Seven artists have been shortlisted for prizes. The winners and allotted amounts will be announced at a press preview Oct. 25. Previous first-prize winners include David Lenz (2006), Dave Woody (2009), Bo Gehring (2013) and Amy Sherald (2016).

“The Outwin Boochever Portrait Competition was founded to support the next wave of contemporary portraiture in the United States,” said Kim Sajet, director of the National Portrait Gallery. “The diversity of this edition’s entries, from geographic origin to subject matter, reflects the multifaceted story of contemporary America. Topics range from stories of migration to the celebration of urban youth culture. The exhibition promises to pay close attention to the LGBTQ community, American workers and those facing injustice because of their race or immigration status. The selected artworks attest to the relevance of portraiture today as a powerful affirmation of the human experience.”

Jurors for the competition’s fifth edition are Byron Kim, artist and senior critic at the Yale School of Art; Harry Gamboa Jr., artist, writer and faculty member at the California Institute of the Arts; Lauren Haynes, curator of contemporary art at the Crystal Bridges Museum of American Art; and Jefferson Pinder, artist and professor of sculpture and contemporary practices at the School of the Art Institute of Chicago. The National Portrait Gallery’s Brandon Brame Fortune, chief curator; Dorothy Moss, curator of painting and sculpture and performance art; and Taína Caragol, curator of painting and sculpture and Latino art and history, also served on the committee.

Moss is the director of the 2019 Outwin Boochever Portrait Competition and is co-curating the exhibition “The Outwin 2019: American Portraiture Today” with Caragol.