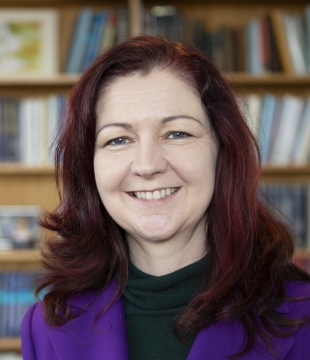 Lisa J. Kewley is the director of the Center for Astrophysics | Harvard & Smithsonian (CfA). She oversees about 800 Harvard and Smithsonian staff in eight scientific divisions across CfA’s nine major scientific facilities and institutes, which include the Fred Lawrence Whipple Observatory in Arizona, the Submillimeter Array in Hawaii and the Chandra X-Ray Center in Massachusetts.

CfA researchers strive to make leaps in humanity’s understanding of the universe. Accomplishments include capturing the first and second images of a black hole in 2019 and 2022; building and launching the Solar Probe Cup, a solar wind-measuring instrument currently onboard NASA’s Parker Solar Probe; and leading the development of TEMPO, a cutting-edge air pollution monitoring instrument that will launch into space in 2023.

Previously, Kewley was the director of ASTRO 3D, a $40 million Australian Research Council Center of Excellence that seeks to understand the evolution of matter, light and the elements from the Big Bang to the present day. As director, Kewley oversaw 270 members from 19 national and international partner organizations. She is committed to equity in the workplace and recently achieved a 50:50 gender balance amongst ASTRO 3D staff through a suite of recruitment and retention initiatives. She also was a professor of astronomy and astrophysics at the Australian National University (ANU) and an Australian Research Council Laureate Fellow.

Kewley is a world leader in the theoretical modeling and observation of star-forming and active galaxies. Her seminal contributions include understanding the gas physics in star-forming galaxies, investigating galaxies containing actively accreting supermassive black holes and tracing the star-formation and oxygen history of galaxies over the past 12 billion years.

Before joining ASTRO 3D, Kewley served as the associate director of the Research School of Astronomy and Astrophysics at ANU from 2012 to 2016, where she oversaw 17 staff and 35 graduate students. She also served as an assistant and associate professor at the University of Hawaii.

Among her many accolades, Kewley is a recipient of the James Craig Watson Medal, the Annie Jump Cannon Award in Astronomy and the Newton Lacy Pierce Prize in Astronomy. She holds a Bachelor of Science from Adelaide University and a doctorate degree in astrophysics from the Australian National University.