Uncovering the secrets of migratory birds 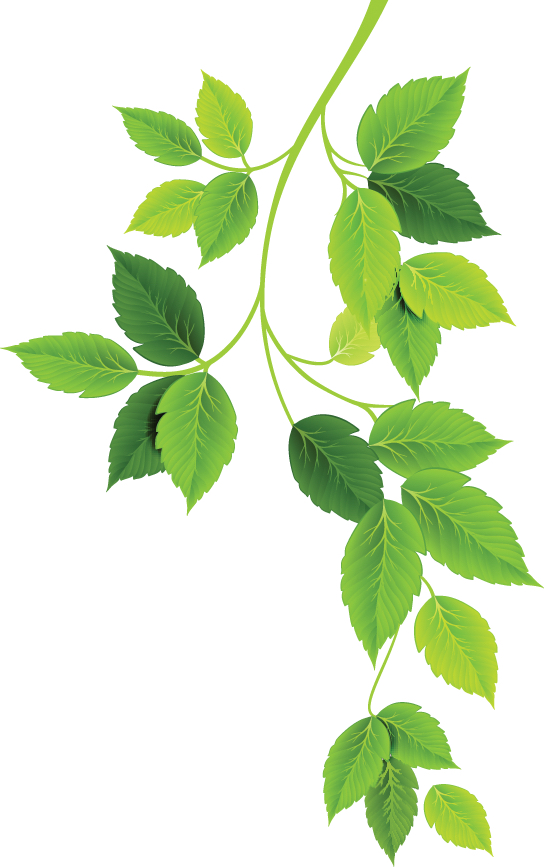 It’s one of nature’s great spectacles.

Each spring across the forests, lakes and suburbs of North America, millions of birds take a long journey north, leaving their winter home in Central or South America in search of summer nesting territory.

As tiny, brightly colored warblers and musical thrushes appear in our backyards, research scientists and bird care experts at the Smithsonian’s National Zoo and Conservation Biology Institute are at work deciphering the mysteries of migratory birds:  What routes do they take, and where do they stop? What risks do they face as they travel?

The need to better understand these species is urgent. A 2019 study by the Smithsonian Migratory Bird Center and four other bird conservation organizations found that the United States and Canada have lost nearly 3 billion birds since 1970, signaling an ecological crisis.

Migratory songbirds have experienced some of the steepest declines: Of the birds lost, 90% belong to 12 bird families, including sparrows, warblers, finches and swallows. These birds are essential to healthy ecosystems, yet they increasingly face a constellation of threats, ranging from habitat loss to climate change to building collisions.

Recent Smithsonian studies using miniaturized tracking technologies, together with advances in breeding migratory birds in human care, are shedding light on how we can save these vulnerable species. While scientists work against the clock to reverse long-term population declines, they are hopeful that—with the right data-driven conservation strategies—migratory birds can rebound and thrive. 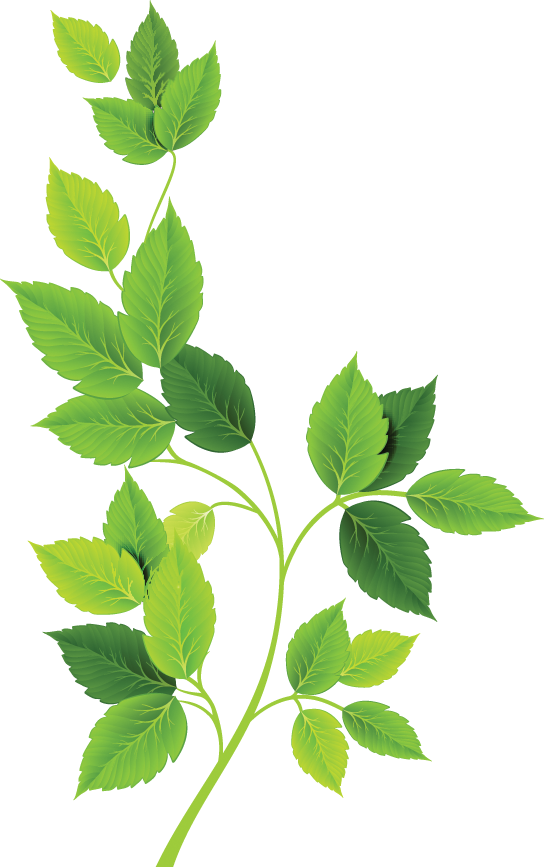 During the North American summer, common nighthawks can often be spotted at dusk, soaring over a lighted billboard or foraging by the roadside.

Though this intricately patterned, oval-eyed bird is known for its charismatic “evening dances” to catch insects, it is also poorly understood due to its nocturnal nature. Until recently, the bird’s migratory routes—stretching up to 10,000 kilometers (6,200 miles) from Canada’s boreal forests to the Amazon in South America—have been something of a mystery.

Smithsonian scientists are now uncovering the common nighthawk’s migration patterns as a first step in determining why some populations are in decline. A recent study by Smithsonian Migratory Bird Center and University of Alberta biologists—published February 2021 in Ecography—for the first time created a comprehensive picture of the species’ migratory pathways using GPS data.

For the study, researchers fitted common nighthawks in 13 locations with small GPS transmitters carried backpack-style. The resulting data showed that separate populations of the birds, widely distributed across North America during summer, use the same fall migratory route each year to reach their wintering grounds—a surprise finding.

Researchers discovered that the birds fly east or west to congregate in the midwestern United States along what is known as the Mississippi migration flyway. From there, they mix together to take a common route south across the Gulf of Mexico and on to South America.

“Common nighthawks are a cryptic species we still know little about,” said Autumn-Lynn Harrison, research ecologist at the Smithsonian Migratory Bird Center and a study author. “Do they all take the same migration route? Are they all facing the same risks at the same time? We see different patterns of decline across their range, so the answers will help us understand why.”

The common nighthawk is in significant decline across large swaths of Canada and the Western United States, though in other parts of North America, it is doing well. According to the North American Breeding Bird Survey, the bird’s U.S. population dropped 61% between 1966 and 2014.

A follow-up Smithsonian-University of Alberta study will investigate and map potential threats to the bird, including forest loss, landscape conversion and pesticides.

“Now that we have a full picture of the common nighthawk’s migration, we can take the next step in planning their recovery,” said Harrison.

When the Zoo’s Bird House closed in 2018 for renovations—requiring relocation of the bird collection entirely indoors—bird keepers embarked on a new quest: how to create the right environment for breeding songbirds in an enclosed space.

The team spent months figuring out key pieces of the breeding puzzle. Modifying the songbirds’ diets turned out to be transformative. Working closely with the Zoo’s Department of Nutrition Science, bird keepers learned to adjust diets to accommodate the birds’ migratory physiology, ensuring they gain and lose weight appropriately at the times of year they would migrate or breed in the wild.

During summer breeding season, for example, songbirds’ need to consume insects—a good source of protein—increases greatly, so bird keepers offer a diet comprised mostly of insects rather than plants. Heading into winter, the balance reverses.

Bird keepers also provide birds with the right materials for nesting—bits of cotton, leaves, even hair from some of the zoo animals—and regulate the light cycle to mimic the birds’ migratory paths in the wild—Central America in winter, North America in summer.

The breeding program has had consistent success: In 2018, two indigo bunting chicks hatched at the Zoo—the first-ever hatching of the species at any zoo in North America. A songbird baby boom soon followed, with healthy hatchings of scarlet tanagers, Baltimore orioles, wood thrush, rose-breasted grosbeaks and more.

“We know songbirds are in trouble,” said Sara Hallager, the Zoo’s curator of birds, citing the study on 3 billion birds lost. “We are taking a proactive approach to conservation so that when some of these populations crash 20 years from now, we will know how to help these birds recover in human care and release them back in the wild.”

No other North American zoo has a songbird breeding initiative of similar size; in fact, the National Zoo has begun sending its home-bred songbirds to other zoos to advance the field of migratory bird husbandry.

“We like to say we are writing the book on breeding North American songbirds in human care, but we’re only on chapter 6. There’s still a lot to learn,” said Hallager.

A major exhibition opening in 2022 at the Zoo’s renovated Bird House will showcase the Smithsonian’s work to research and conserve migratory bird species in new ways—exploring how birds and people can thrive together.

The exhibition and surrounding bird plateau—the largest-of-its-kind zoo experience to focus on migratory birds of the Western Hemisphere—will offer a deep-dive into the lifecycles of more than 100 bird species, many of them familiar to the public.

Visitors will be able to take an immersive journey through three aviaries simulating the habitats of songbirds, shorebirds and waterfowl, and participate in educational programs on bird banding and satellite tracking, among other topics.

A bird-friendly coffee farm aviary will highlight the importance of shaded coffee farms as essential habitats for birds that winter in Central and South America. Visitors will learn how they can support bird conservation by buying Smithsonian Bird Friendly® certified coffee, keeping cats indoors and avoiding pesticides.

“We’ll tell the story of the full lifecycle of these birds, and we’ll inspire visitors to take simple actions to help save them,” said Scott Sillett, head of the Smithsonian Migratory Bird Center. “We have such an amazing diversity of bird life right here in the U.S. We want visitors to connect with the birds they see in their own neighborhoods, understand where these birds spent the winter and where they are going next.” 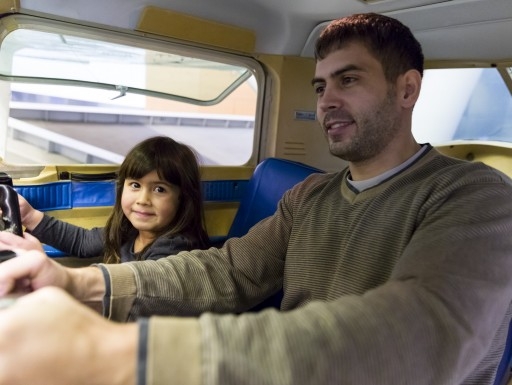 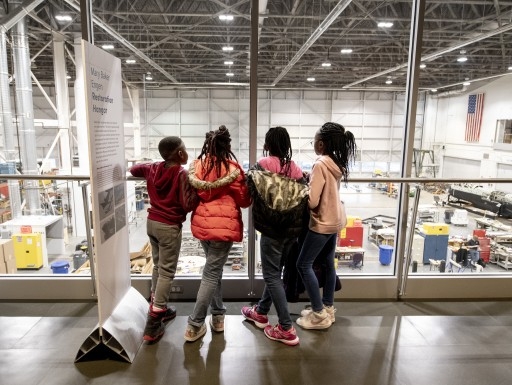 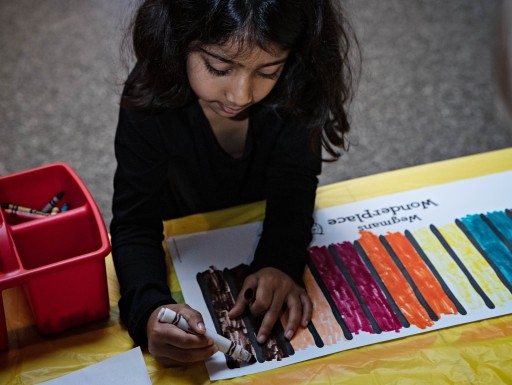