This banjo was made by Henry C. Dobson of New York, New York around 1877. It is a Five-String Banjo, with 19 frets, 22 brackets, walnut neck, rosewood veneer hoop and resonator. The banjo is stamped on the bottom of the neck:

This instrument features U.S. Patent #66810 dated July 13, 1867, by Henry C. Dobson, for an improvement in securing the banjo head to the rim. This method of tightening the head with vertical screws from above is similar to that seen in a banjo by George Teed, and later, in some “Top Tensioning” banjos made by The Gibson Company.

Attached to the inside of the resonator is a printed label and instruction sheet signed: “#1424 Henry C. Dobson…1877.”

Henry C. Dobson and his family were among the most active players and popularizers of the banjo in the early stages of its commercialization. They were influential in the transition from fretless to fretted fingerboards and the use of resonators and more complicated “tone ring” supports for the head. Some of Dobson’s instruments were actually made by the Buckbee Company in New York City. 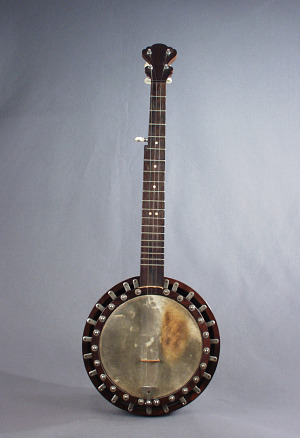 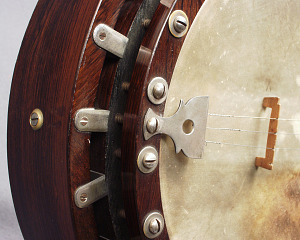 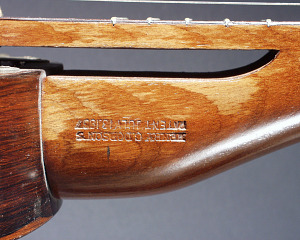 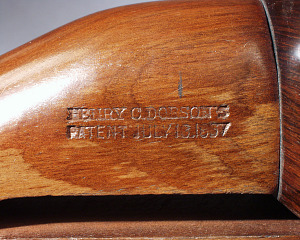 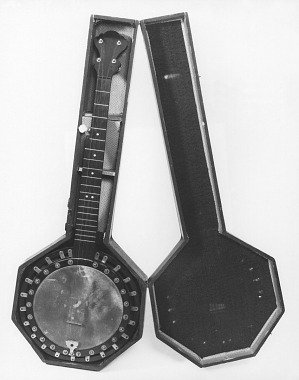 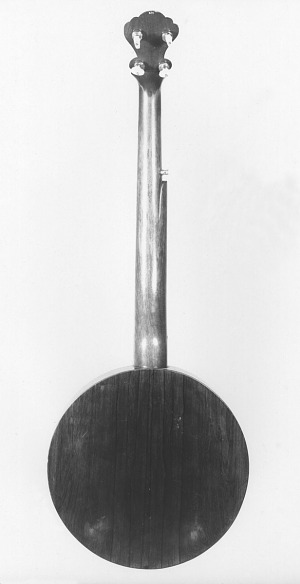 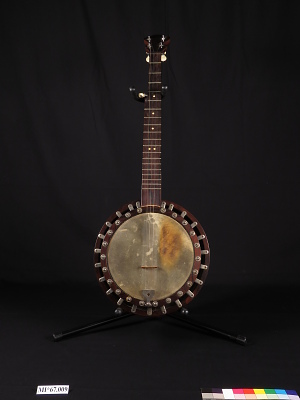