This Appalachian dulcimer was made by George Pickow in Viper, Kentucky, in 1951. It is a single-bout dulcimer made of walnut, poplar, and maple. This dulcimer has a wood nut and bridge, 13 metal frets, 3 strings (1 melody and 2 drone), 2 heart-shaped sound holes, carved out pegbox, 3 wooden friction pegs, and a violin-like carved head. There is a handwritten label inside the instrument:

Jean Ritchie (1922-2015) became known as "The Mother of Folk" for her contributions to American folk music. She was instrumental in introducing the dulcimer to a wider audience as well as making dulcimers with her husband George Pickow (the maker of the "Wedding" dulcimer, Cat. #2015.0234.01).

In 1952, Jean Ritchie received a Fulbright scholarship to research folk songs and music that originated in Britain and Ireland, which subsequently made their way to the United States. Ritchie performed these songs in concerts throughout England and included some of the songs in her recording Field Trip, in 1954. After Jean Ritchie's return to the United States, she continued to perform and record. In 1959, she performed at the first Newport Folk Festival in Newport, Rhode Island. Jean Ritchie recorded over 30 albums and authored 7 books throughout her career. In 1977, she received the Rolling Stone Magazine Critics award for her album None But One.

In 2002, Jean Ritchie received a National Endowment for the Arts heritage fellowship. She continued to perform until 2009, when she suffered a stroke. A tribute album, Dear Jean: Artists Celebrate Jean Ritchie was released in 2014 and featured musicians Janis Ian, Pete Seeger, Judy Collins, and Kathie Mattea. 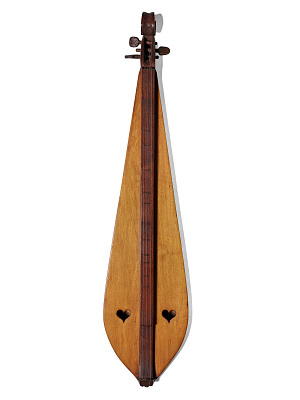 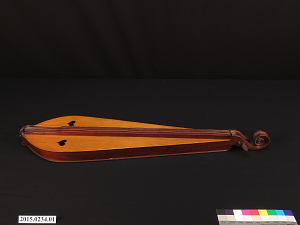 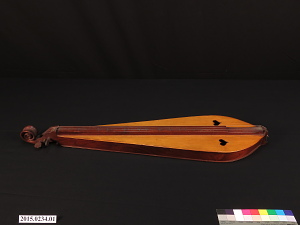