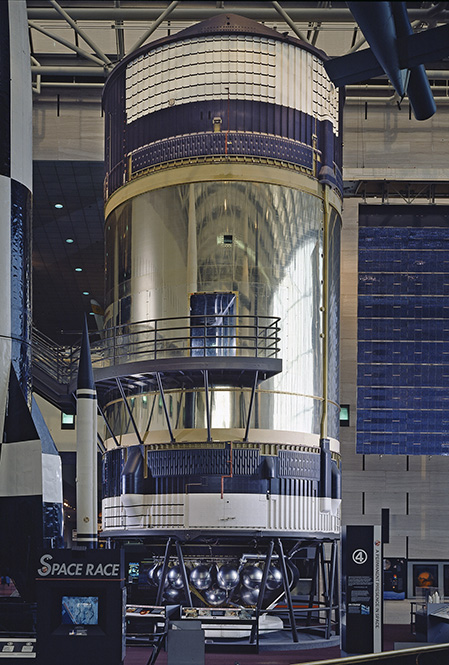 This Smithsonian Snapshot marks the May 14, 1973, launch of Skylab, America’s first space station.

Launched by NASA in 1973, Skylab orbited the Earth until 1979. The orbital workshop in this photo is the largest component of Skylab. It housed the living quarters, work and storage areas, research equipment and most of the supplies needed to support a succession of three-man crews.

Skylab crews performed nearly 300 different scientific and technical experiments. One major objective was to study how well humans could adapt to zero gravity and spend long periods of time in space.

Two complete Skylab space stations were manufactured and equipped for flight, and one was launched into Earth orbit in May 1973. The Skylab program was canceled as effort shifted to Space Shuttle development, and NASA transferred this backup Skylab to the Smithsonian’s National Air and Space Museum in 1975.

To learn more about spaceflight during the shuttle and space-station era, visit the National Air and Space Museum’s “Moving Beyond Earth” exhibition website.

This item is one of 137 million artifacts, works of art and specimens in the Smithsonian’s collection. It is currently on display in the “Space Race” exhibition. To learn more about this item, visit the National Air and Space Museum’s website.