Rolling With the Women of Roller Derby 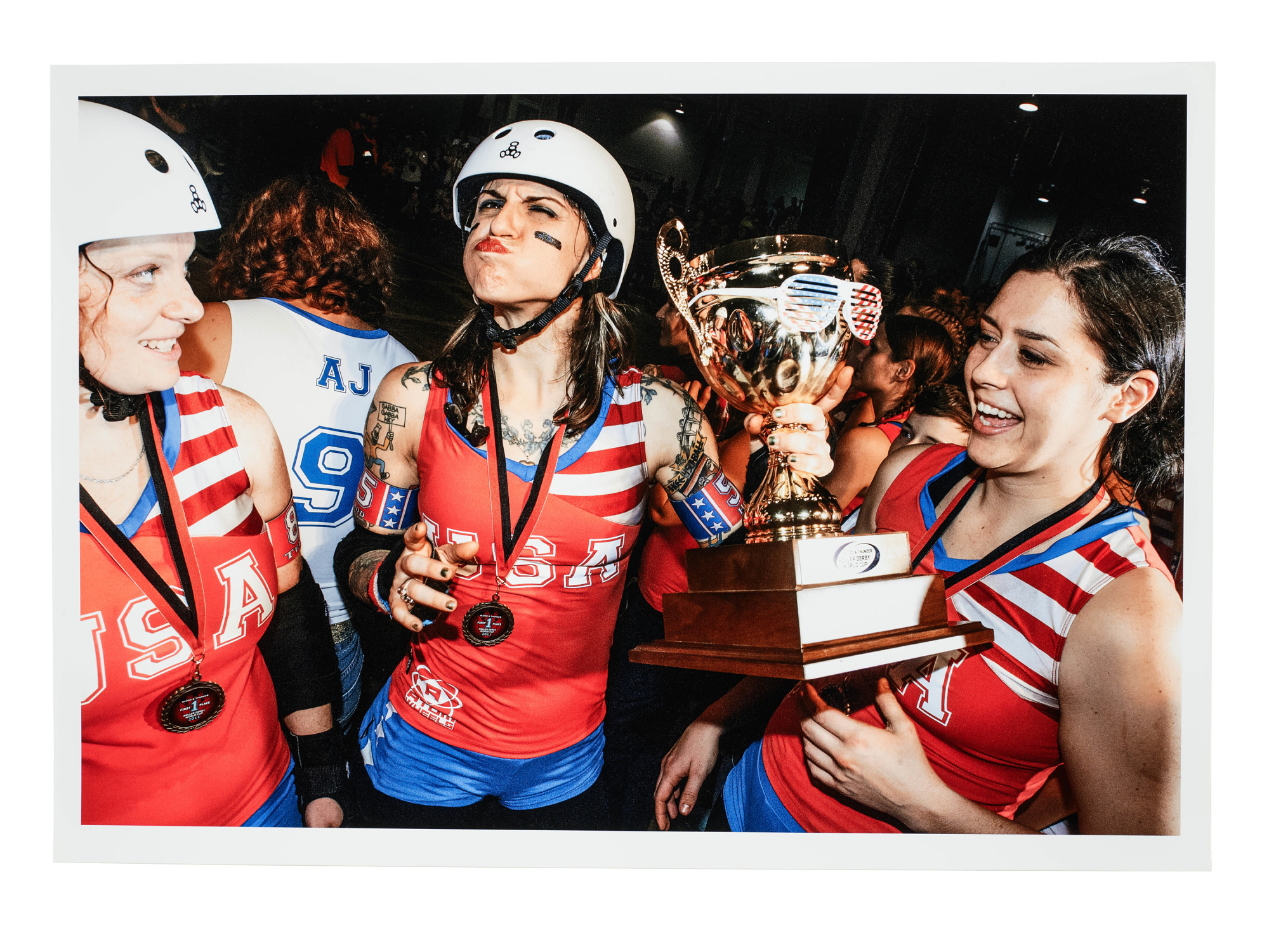 Body slams, blocking, speed, athleticism—these are the hallmarks of roller derby, a sport with a storied history and primarily played by women.

Roller derby as a sport originated in the 1930s, but its roots can be traced to the mid-1880s, when a growing interest in roller skating evolved into amateur races. The races became popular, and in 1922, the term “derby” was attached to them. Professional roller derby was very popular in the 1940s, but it eventually evolved into scripted entertainment with predetermined outcomes. In the mid-1970s, it essentially disappeared.

Modern roller derby began in 2001 when a group of women in Austin, Texas, revived it using a flat track instead of the historical banked track. The new design allowed tracks to be laid more easily (e.g., on basketball courts or parking lots) and less expensively, enabling leagues to flourish. Today there are more than 400 flat-track nonprofit derby leagues worldwide, organized, run and financed by the skaters themselves.

In this photo from the Smithsonian’s National Museum of American History, the U.S. team is holding the cup from the first Women’s Flat Track Derby World Cup, which was held in Toronto, Canada, in 2011. It is not currently on view, but there are more derby and roller skating items in the museum’s collections.