The Photographer Who Captured Humans and Animals in Motion 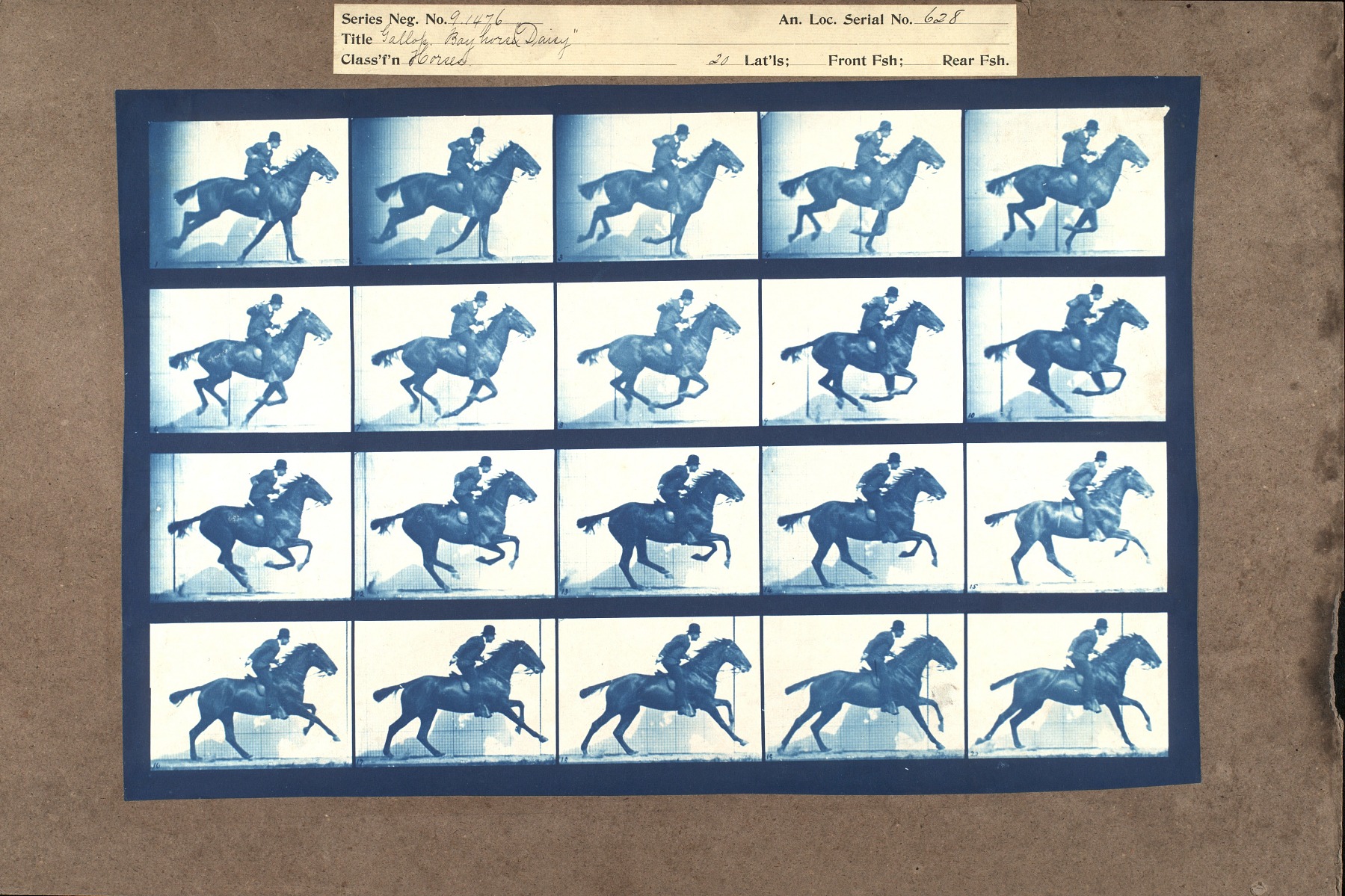 Eadweard Muybridge was born Edward James Muggeridge in Kingston-upon-Thames, England, in 1830. By the 1860s, he had reinvented himself as Helios, one of San Francisco’s most important landscape photographers. His fame brought him to the attention of Leland Stanford, former governor of California, who hired Muybridge to get a picture that would settle a hotly debated issue: Is there a moment in a horse’s gait when all four hooves are off the ground at once? Muybridge took up the challenge in 1872. In 1878, he succeeded in taking a sequence of photographs with 12 cameras that captured the moment when the animal’s hooves were tucked under its belly. Publication of these photographs made Muybridge an international celebrity.