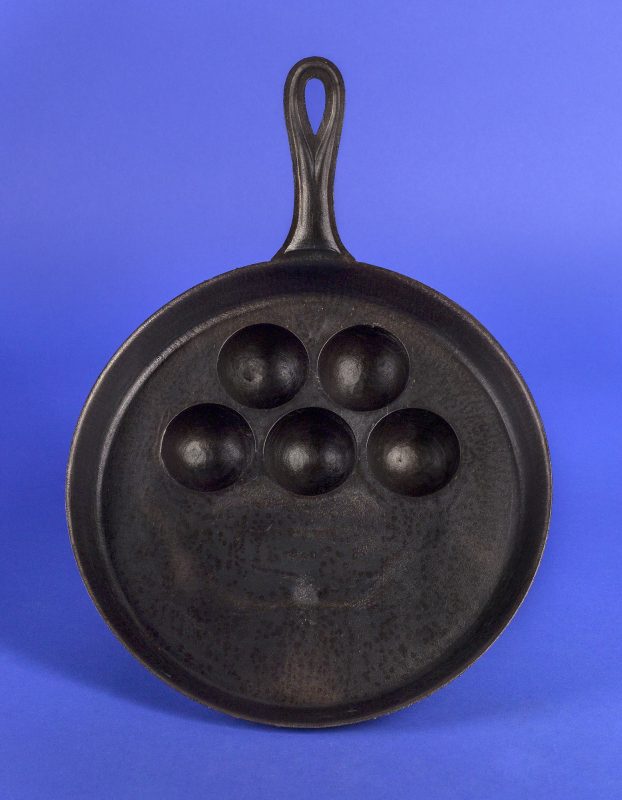 In the late 19th century, an eggs-ellent idea came to Elizabeth L. Packard: to build a better frying pan, one with dimples to keep eggs in place while cooking. The model of her invention, the “Ham and Egg Frier,” patented Oct. 18, 1870, is pictured here.

Packard wrote in her patent application that in the process of frying eggs, the albumen (egg white) breaks, which “causes it to become widely and unevenly diffused over its bottom, whereby the outer portions thereof become so desiccated or burned, before the other parts are cooked, as to lose their distinctive character and become insipid or tasteless. My invention obviates this evil.” She also stated that the flat section was “intended for frying ham, meat, fish, &c.”—a complete one-pan breakfast.

Between 1790 and 1880, the U.S. Patent Office required not only documentation but also a 3-D model to demonstrate each new invention submitted for a patent. The models helped clarify how proposed innovations would work and enabled comparison against similar inventions.