A Nose the Better To Hear You With 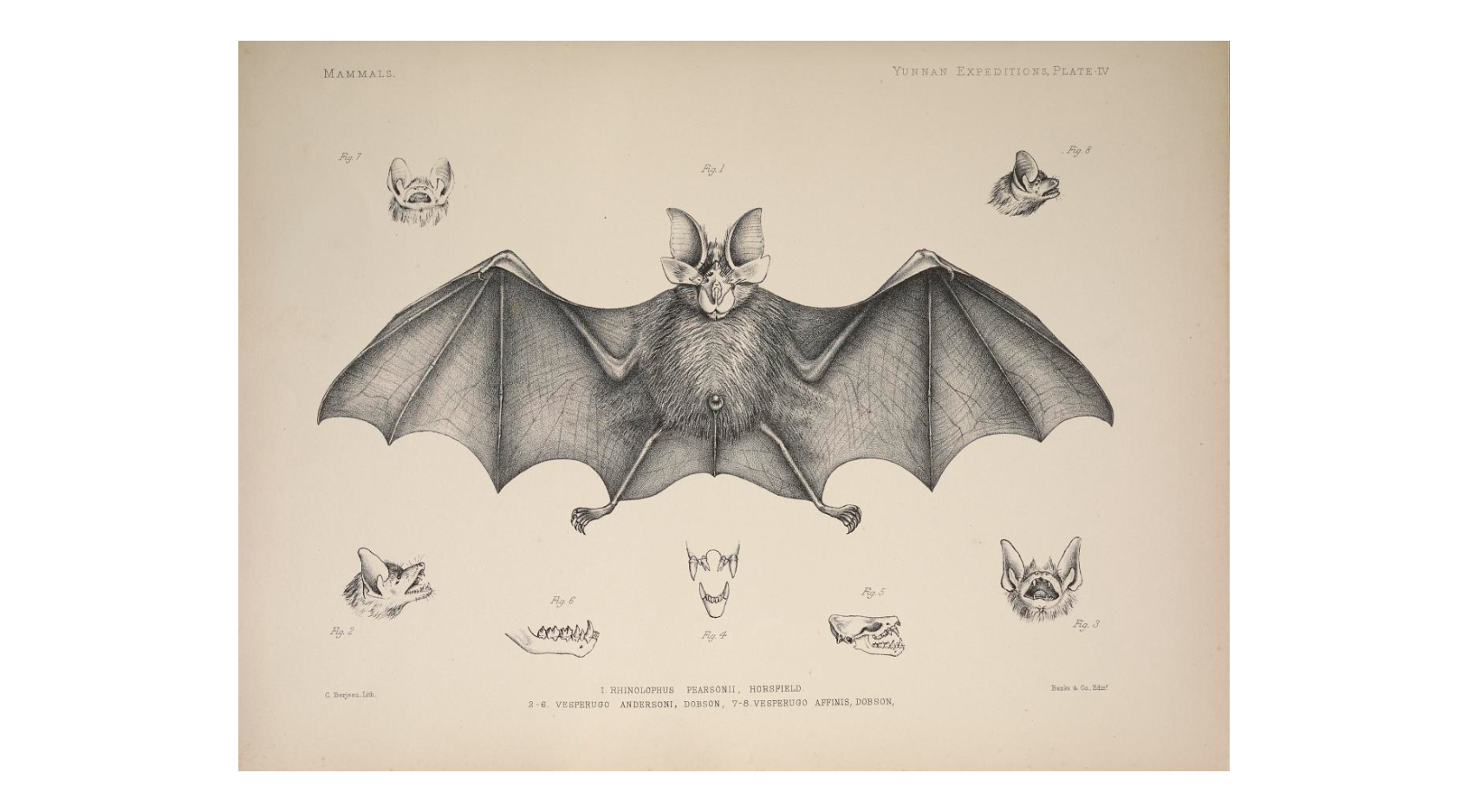 A view of Pearson's horseshoe bat with details of its face and jaws. From “Anatomical and zoological researches: comprising an account of the zoological results of the two expeditions to western Yunnan in 1868 and 1875; and a monograph of the two cetacean genera, Platanista and Orcella.” 1878. Smithsonian Libraries and Archives.

Pictured above is a horseshoe bat, named for the shape of its nose, which resembles a thin, leaf-like horseshoe at the end.

The horseshoe bat is small, about 1 to 3 inches, and weighs less than an ounce. Its nose structure aids its highly sophisticated echolocation—some of most sophisticated of any bat group—which is particularly effective for this nocturnal animal to find prey.

Horseshoe bats are mostly found in tropical or subtropical areas, including Africa, Asia, Europe and Oceania. They are insectivores—they eat insects—and dung beetles make up the majority of their diet.

This bat illustration is from the 1878 book, Anatomical and zoological researches: comprising an account of the zoological results of the two expeditions to western Yunnan in 1868 and 1875; and a monograph of the two cetacean genera, Platanista and Orcella, by John Anderson (1833–1900). It is in the Smithsonian Libraries and Archives collection.

Read more about all kinds of bats and delve into some of the research conducted about bats at the Smithsonian Tropical Research Institute: baby bats that babble, bats’ hearing sensitivity and bats and heavy-metal music.

And check out Cooper Hewitt, Smithsonian Design Museum’s web-based Art Echo, a virtual-reality experience where you can encounter objects and their stories through images, sound and simulated echolocation.