How do you train a wild animal to come back to you after you have set it free? If it is a fringe-lipped bat, Trachops cirrhosus, just play a bit of heavy metal music.

Bat researcher and postdoctoral fellow, Inga Geipel from the Smithsonian’s Tropical Research Institute in Panama, says the key to training a bat is to get the animal to associate a specific sound with food.

“For fringe-lipped bats, that food is the túngara frog. In the wild these bats find male túngara frogs by listening for the mating calls they make” Geipel explains. “We use this natural behavior to train the bats by slowly switching the sounds they associate with food from frog calls to music.”

The training is essential for Geipel’s research on echolocation, investigating how bats alter their sonar abilities according to their surroundings.

Training these highly intelligent animals only takes Geipel one night inside a specially designed flight cage. She begins by placing a piece of fish on top of a speaker that broadcasts the mating call of the túngara frog. Fish pieces are used as a food reward rather than the frogs themselves as fish are much easier for Geipel to collect. Once the mating call is played, the bat swoops down to the speaker to snatch its prey, and although its not quite what the bat expected, it seems satisfied with its fish reward.

With each feeding, Geipel slowly fades out the frog calls being played and fades in the dramatic crescendoing of heavy metal guitar music. By the end of the night, only the looping notes from the German metal band, Planks, is playing through the speaker.

“The bats are pretty well trained to associate the music with food by the end of the first night, but to make sure that it really sinks in, I give them another night of reinforcement with just the music,” Geipel says.

Geipel has trained four bats to return to the music speaker once she releases them into the forest.

“That’s why I am training the bats to come back to the speaker. It not only brings the bats close enough for the microphones to record their echolocation calls but allows me to be fairly sure that the bats that I record in the forest are the same individuals that I recorded in the flight cage. It is highly unlikely that bats other than the ones I have trained would respond to the music.”

By repeating the experiment when she returns the bat to the forest, Geipel aims to reveal possible differences in how bats use echolocation to approach prey in varying environments. From her recordings, Geipel aims to identify changes in the directionality (the width of the bat’s acoustic beam), intensity and frequency of the calls between the forest and the flight cage. If identified, these changes could demonstrate the potential flexibility bats have to rapidly adjust their calls in response to changes in their surroundings.

But for the experiment to work, the bats must remain close-by long enough for Geipel to record their calls. So far she has had a high success rate, with three of the four bats returning to the speaker once released back into the forest.

“The bats usually return to the speaker within two to three minutes of being released.” Geipel says. “I think the one bat that didn’t return was most likely due to the problems we had with the speaker that night. It probably didn’t recognize the music.”

Heavy metal music is certainly not everybody’s cup of tea, and Geipel has considered looking into the musical taste of bats more closely.

“I selected a section of the song where it changed from a soft to heavy motif, so that it parallels, in a very general sense, the complex túngara frog call, which also has two dynamically different components,” Geipel explains.

“I don’t know whether bats like this heavy metal music better than other types of music. That is something I would like to find out in an upcoming experiment.” 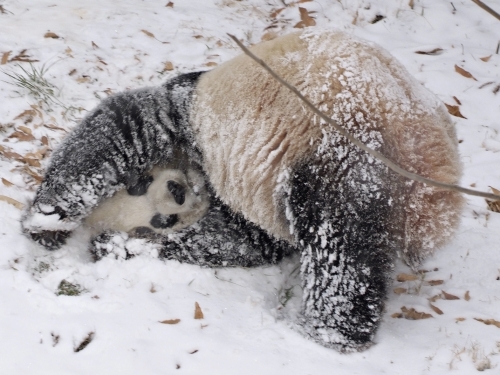