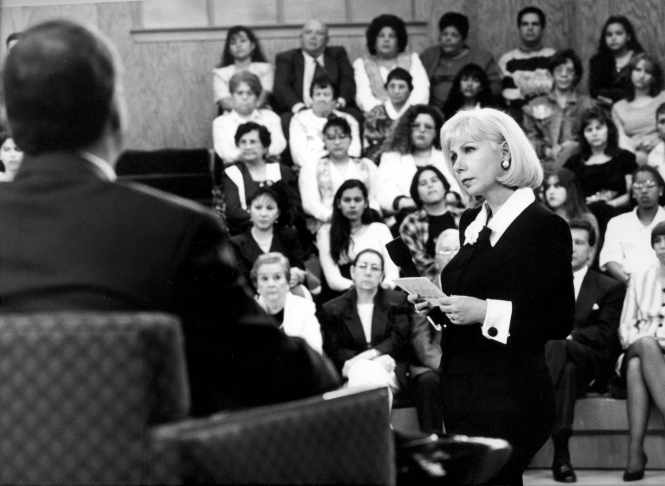 Cristina Saralegui hosting her talk show at her studio in Miami, Fla., February 1996. (Courtesy of the National Portrait Gallery)

To millions of people, she’s known on a first-name basis: Cristina.

Just like Oprah, Cristina Saralegui transformed daytime television. For 21 years, she was the face of Spanish-language talk shows in the U.S. In 1989, she launched El Show de Cristina on Univision. The show broke barriers, discussing topics that had never before been discussed on Spanish-language television, like raising awareness about AIDS and talking about human-rights issues faced by many Latinos throughout the hemisphere.

The Smithsonian’s National Portrait Gallery recently acquired this portrait as part of a portfolio of 18 photographs from the series “Cuba out of Cuba,” by photographer Alexis Rodríguez-Duarte, in collaboration with stylist Tico Torres. The portfolio features key Cuban American personalities, including Saralegui, musician Gloria Estefan and fashion designer Narciso Rodríguez.