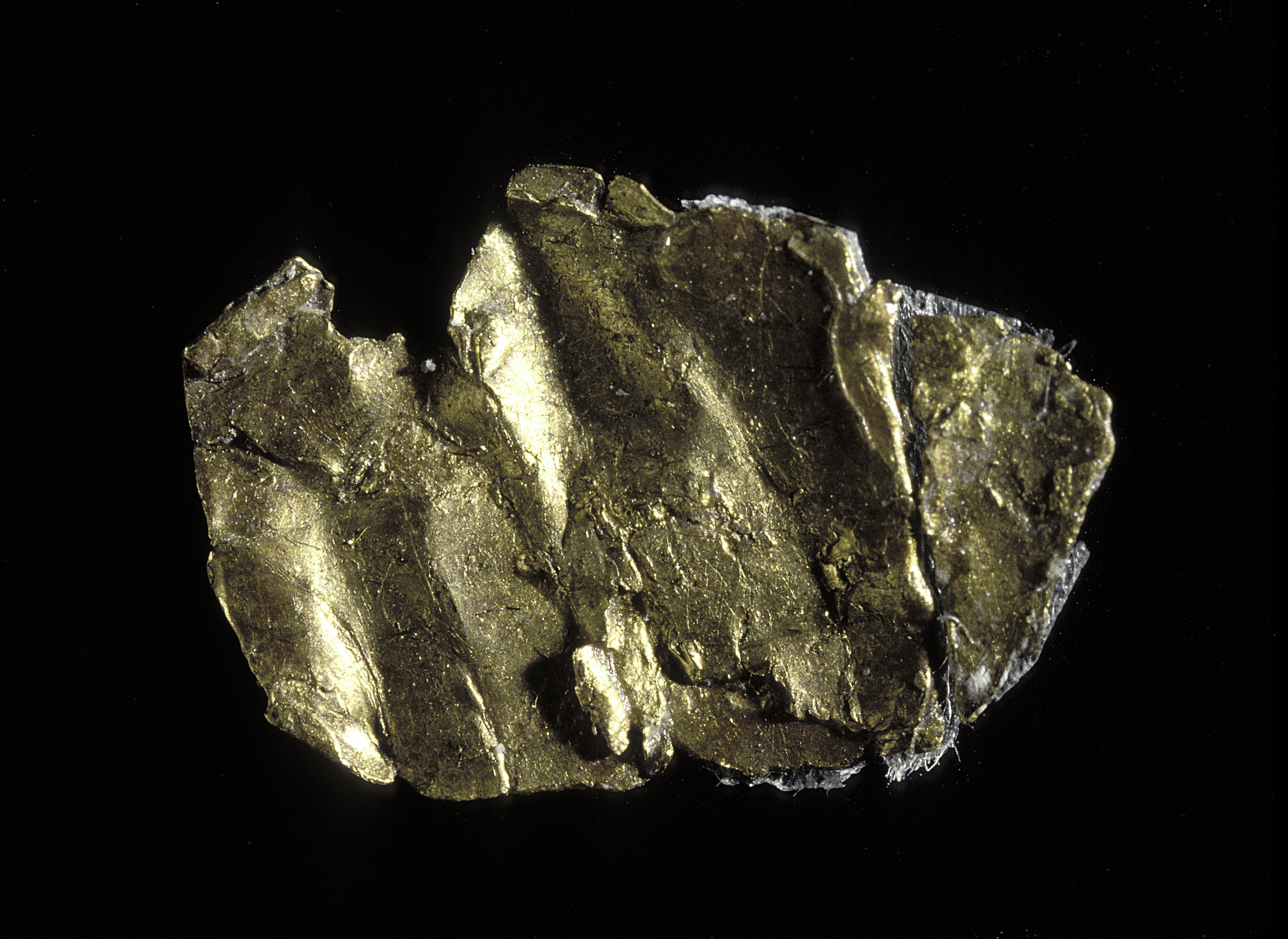 This small piece of yellow metal is believed to be the first piece of gold discovered in 1848 at Sutter's Mill in California, launching the gold rush.

On the morning of Jan. 24, 1848, James Marshall was superintending the construction of a sawmill for Col. John Sutter on the South Fork of the American River at Coloma, California, when he saw something glittering in the water of the mill's tailrace. According to Sutter's diary, Marshall stooped down to pick it up and “found that it was a thin scale of what appeared to be pure gold.” Marshall bit the metal as a test for gold.

A letter of transmittal from Folsom that accompanied the packet lists Specimen No. 1 as “the first piece of gold ever discovered in this Northern part of Upper California found by J.W. Marshall at the Saw Mill of John A. Sutter.”

By August 1848, as evidence of the find, this piece and other samples of California gold had arrived in Washington, D.C., for delivery to President James K. Polk and for preservation at the National Institute. Within weeks, Polk formally declared to Congress that gold had been discovered in California.

In 1861, the National Institute and its geological specimens, including this gold and the letter, entered the collections of the Smithsonian’s National Museum of American History.

Read more about the gold rush, see other related objects in the museum’s collections, visit the “On the Water” exhibition online, which describes the fastest way for Americans to reach California, and follow along the gold-rush journey of Alexander Van Halen of New York, who set sail in January 1849 for California.