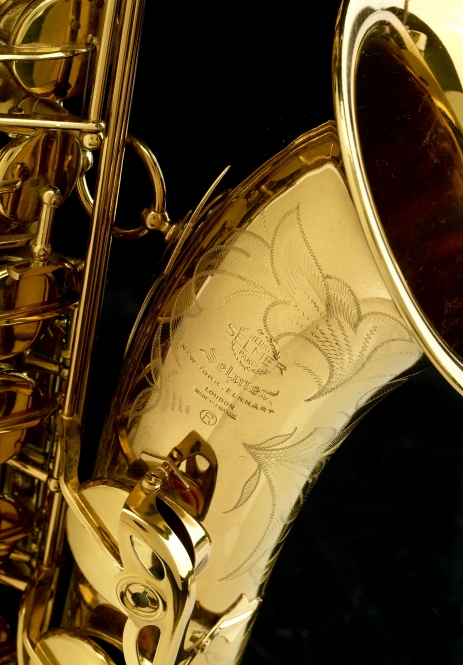 “I think the main thing a musician would like to do is give a picture to the listener of the many wonderful things that he knows of and senses in the universe.”  − John Coltrane

On Dec. 9 and 10, 1964, John Coltrane and his quartet recorded A Love Supreme. Widely considered to be one of the greatest jazz albums of all time, the 33-minute masterpiece is a four-part suite broken up into four tracks:  “Acknowledgement,” “Resolution,” “Pursuance” and “Psalm.”

A Love Supreme was Coltrane’s musical declaration of spirituality and faith in a loving God who supported him as he battled drug addiction and other human failures years earlier. The album takes its name from the chant recorded as part of “Acknowledgement.”

A Love Supreme was released by Impulse! Records in 1965, about the same time that Coltrane’s Selmer Mark VI tenor saxophone was made in Paris. It is one of the three principal saxophones that Coltrane played during his career. The saxophone, which was donated to the Smithsonian by Coltrane’s son, is on display through April 30 in the National Museum of American History’s LeFrak Lobby. It will go on view in the museum’s “American Stories” exhibition beginning June 17. The original score of A Love Supreme is currently on view in the exhibition through June 17.

The Smithsonian honors the musical legacy of Coltrane and other jazz masters during Jazz Appreciation Month, a monthlong celebration of this uniquely American art form. The theme of JAM 2014 is “Jazz Alchemy: A Love Supreme” in tribute to the 50th anniversary of the composition.