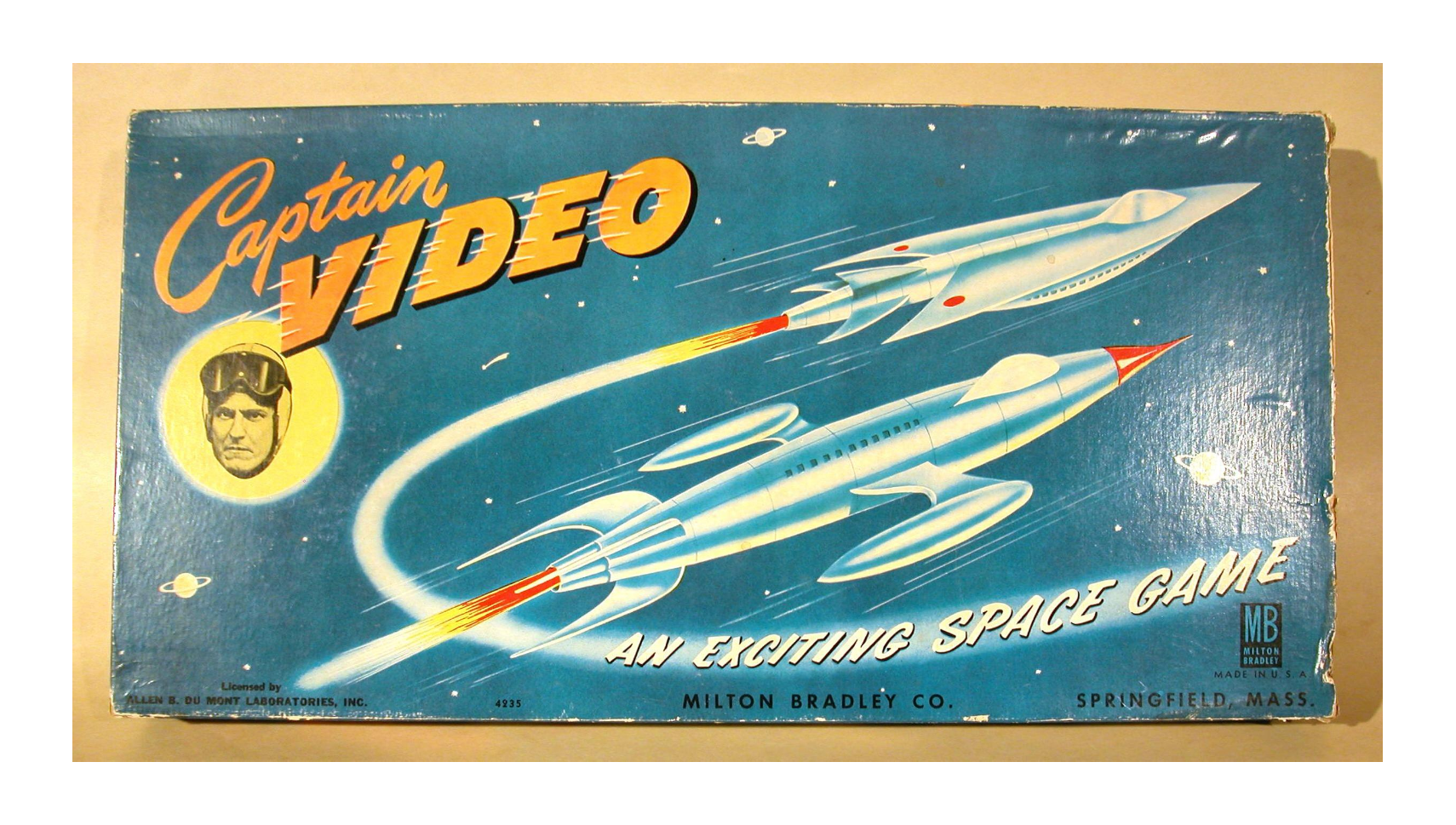 Produced by the Milton Bradley Co. around 1952, this board game was based on Captain Video and His Video Rangers, a weekly TV show that aired on the DuMont network from 1949–1956. It was considered the United States' and world's first TV show with a spaceflight theme.

The multiple pieces in the board game reflected the title character's role as the inventor and user of many fictional technological gadgets, a hallmark of the TV program. The game includes a flat cardboard game board with playing pieces, a stand-up cardboard cockpit dashboard with two working “dials” and a secondary game board that includes three spinners, all of which were integrated into the game play.

This game, pictured above, is in the collection of the Smithsonian’s National Air and Space Museum. See more “Captain Video” game objects such as this game piece and a “supersonic space ship.”

Smithsonian Spotlight also features a variety of toys, games and puzzles in the Institution’s collection.