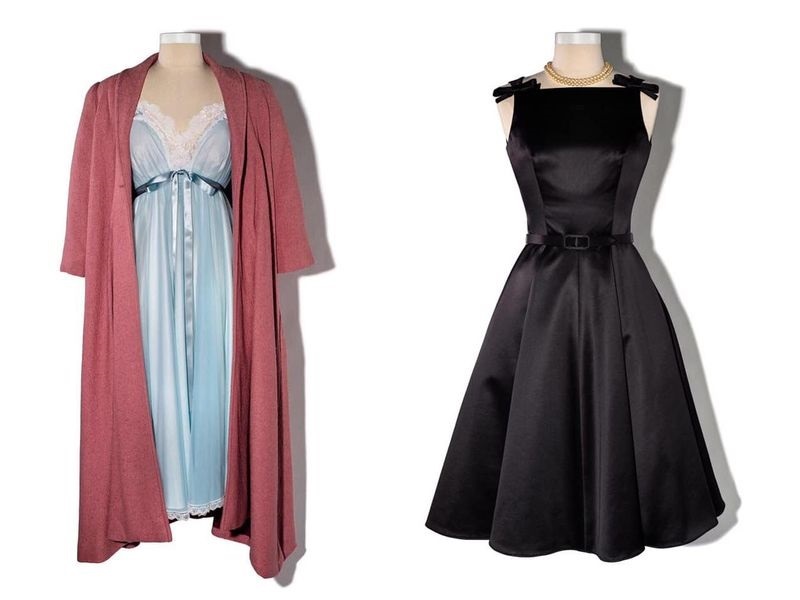 Praised for its nuanced portrayal of mid-20th-century women’s life, urban Jewish identity and the birth of stand-up comedy, The Marvelous Mrs. Maisel has won 16 Emmy Awards.

The Marvelous Mrs. Maisel stars Rachel Brosnahan as Mrs. Miriam “Midge” Maisel, a housewife living in New York City in 1958 who discovers a talent and passion for stand-up comedy after her life takes an unexpected turn.

Pictured are a blue peignoir nightgown and pink housecoat worn in the pilot episode of the series and the black dress Midge wore for her first performance when she launched her comedy career. Donna Zakowska designed these costumes used in the first season, which premiered on Amazon Prime Video in March 2017. They are in the collections of the Smithsonian’s National Museum of American History. There are no current plans for display.