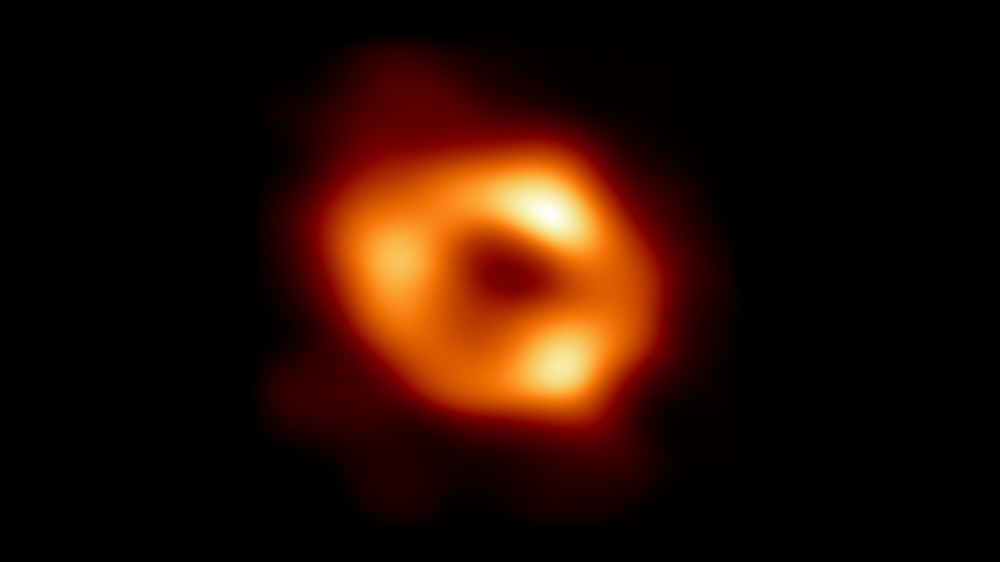 First image of the black hole at the center of the Milky Way. Credit: EHT Collaboration

It was captured by the Event Horizon Telescope (EHT), an array that linked together eight existing radio observatories across the planet to form a single “Earth-sized” virtual telescope. The telescope is named after the “event horizon,” the boundary of the black hole beyond which no light can escape.

The image was produced by EHT team, which includes scientists from the Center for Astrophysics | Harvard & Smithsonian, using observations from a worldwide network of radio telescopes. It provides overwhelming evidence that the object at the heart of the galaxy is indeed a black hole, and it yields valuable clues about the workings of such giants, which are thought to reside at the center of most galaxies.

Although the event horizon itself is not visible, because it cannot emit light, glowing gas orbiting around the black hole reveals a telltale signature: a dark central region (called a “shadow”) surrounded by a bright ring-like structure. The new view captures light bent by the powerful gravity of the black hole, which is 4 million times more massive than the sun. The image of the Sgr A* black hole is an average of the different images the EHT Collaboration has extracted from its 2017 observations.