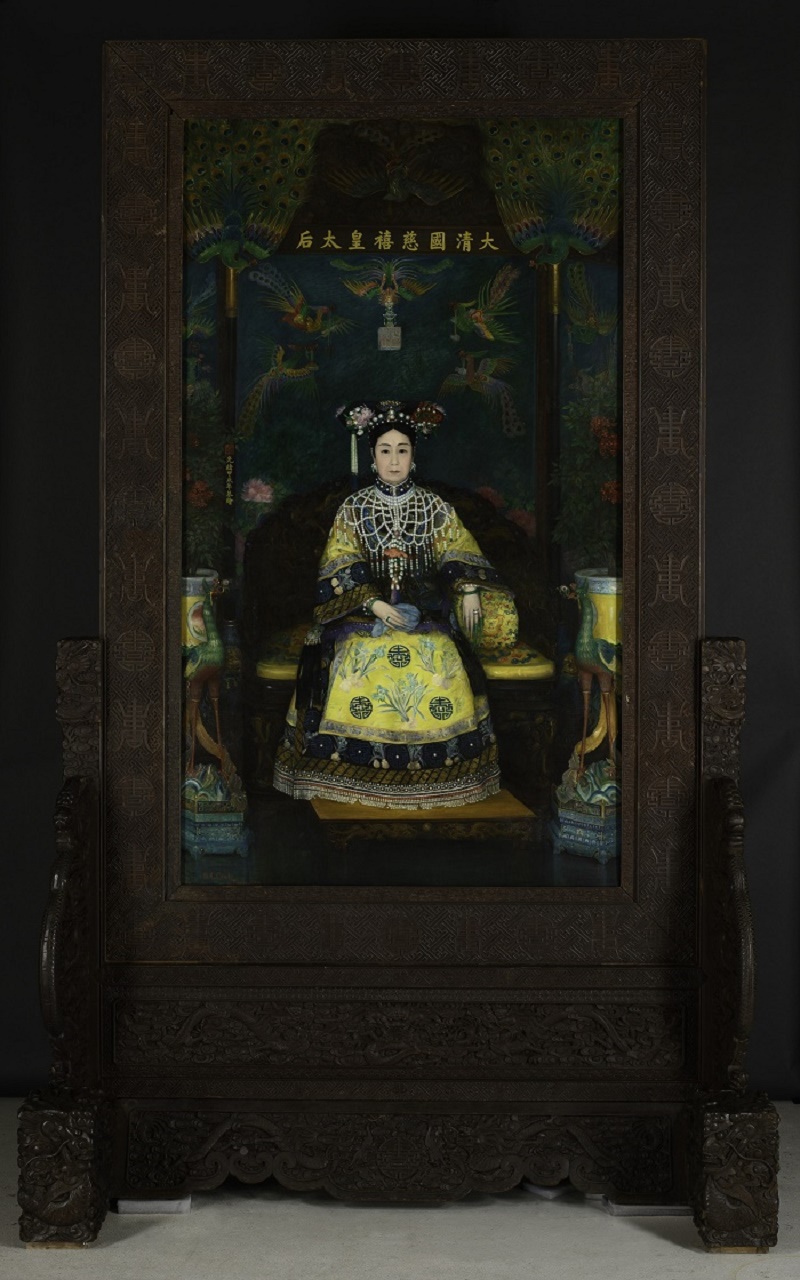 Arguably the most powerful empress in Chinese history, Empress Dowager Cixi dominated the court and policies of China’s last imperial dynasty for nearly 50 years. She entered the court as a low-ranking consort, or wife, of the Xianfeng emperor and bore his heir, the Tongzhi emperor. When Tongzhi ascended the throne as a child, Cixi became an empress dowager and an unusually powerful joint ruler. After Tongzhi died without an heir, Cixi installed her 4-year-old nephew as the Guangxu emperor. This consolidated her power, and she served as the de facto leader of the vast Qing Empire from 1861 until her death in 1908.

This portrait of Cixi captures some of the complexities of her story. Her benign face contradicts Western newspaper reports that declared she had “the soul of a tiger in the body of a woman.” Cixi gained this reputation after supporting a violent uprising that took control of the foreign legations in Beijing in 1900 (the Boxer Rebellion). Two years later, she changed her agenda by embracing modernization and fraternizing with foreigners.

As a way to polish her image outside China, Cixi invited American artist Katharine A. Carl to create this commanding portrait for display at the 1904 World’s Fair held in St. Louis. In a strategic diplomatic move, Cixi had this portrait presented to President Theodore Roosevelt.

The portrait of Cixi is part of the exhibition “Empresses of China’s Forbidden City, 1644–1912” at the Smithsonian’s Freer|Sackler open March 30–June 23, 2019. A video about the exhibition can be viewed on YouTube.