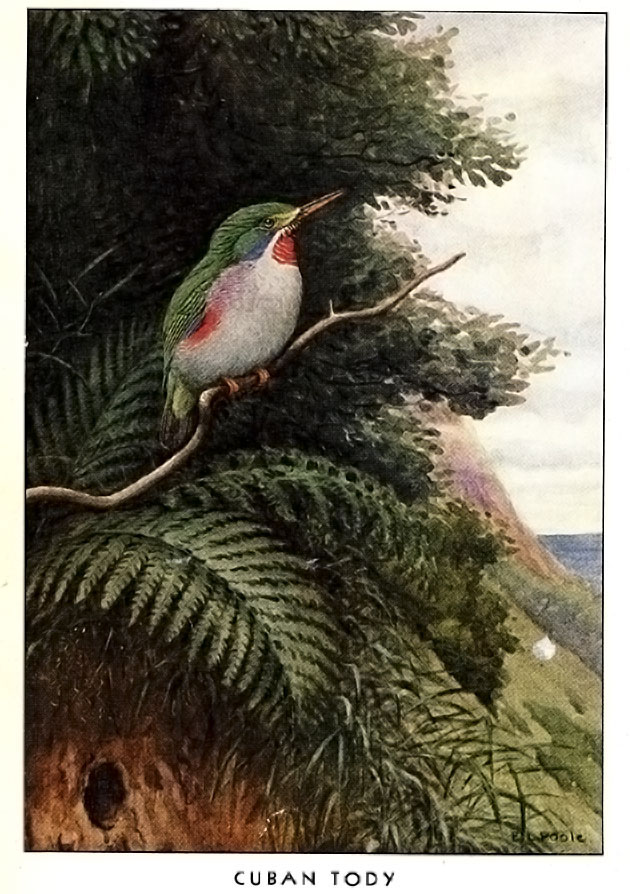 The famous fictional British spy, James Bond (code name 007), whose action-packed exploits and international adventures are depicted in books and movies, got his name because it was the most bland name his creator Ian Fleming had ever heard.

Fleming said he chose the name because he “wanted Bond to be an extremely dull, uninteresting man to whom things happened; I wanted him to be a blunt instrument…” Bond’s first appearance was in Casino Royale, published in 1953.

Fleming borrowed the name from a real-life American ornithologist who had written Birds of the West Indies, a book that Fleming, an avid bird watcher, had loved in his youth.

Pictured above is the Cuban tody from the Smithsonian Libraries’ copy of Birds of the West Indies. In addition, the Smithsonian collections contain bird specimens that the real James Bond collected in the Caribbean; they are housed in the National Museum of Natural History’s Division of Birds.