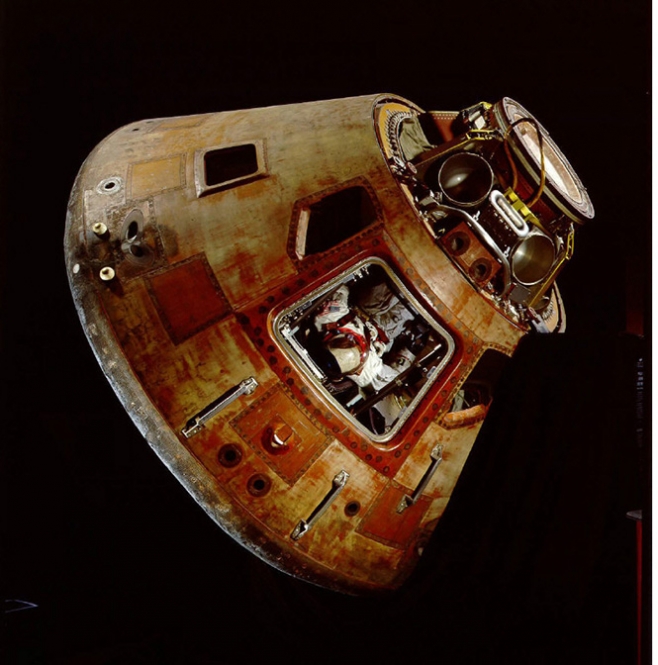 On July 20, 1969, Neil Armstrong became the first human to set foot on the Earth’s moon.

On July 16, 1969, Armstrong, Edwin "Buzz" Aldrin and Michael Collins were launched from Cape Kennedy atop a Saturn V rocket. The Apollo 11 Command Module, "Columbia," was the living quarters for the three-person crew during most of the first manned lunar-landing mission.

This Command Module, no. 107, manufactured by North American Rockwell, was one of three parts of the complete Apollo spacecraft. The other two parts were the Service Module and the Lunar Module, nicknamed "Eagle." The Service Module contained the main spacecraft propulsion system and consumables while the Lunar Module was the two-person craft used by Armstrong and Aldrin to descend to the moon's surface July 20.

The Command Module is the only portion of the spacecraft to return to Earth.

It was transferred to the Smithsonian in 1970 following a NASA-sponsored tour of American cities.