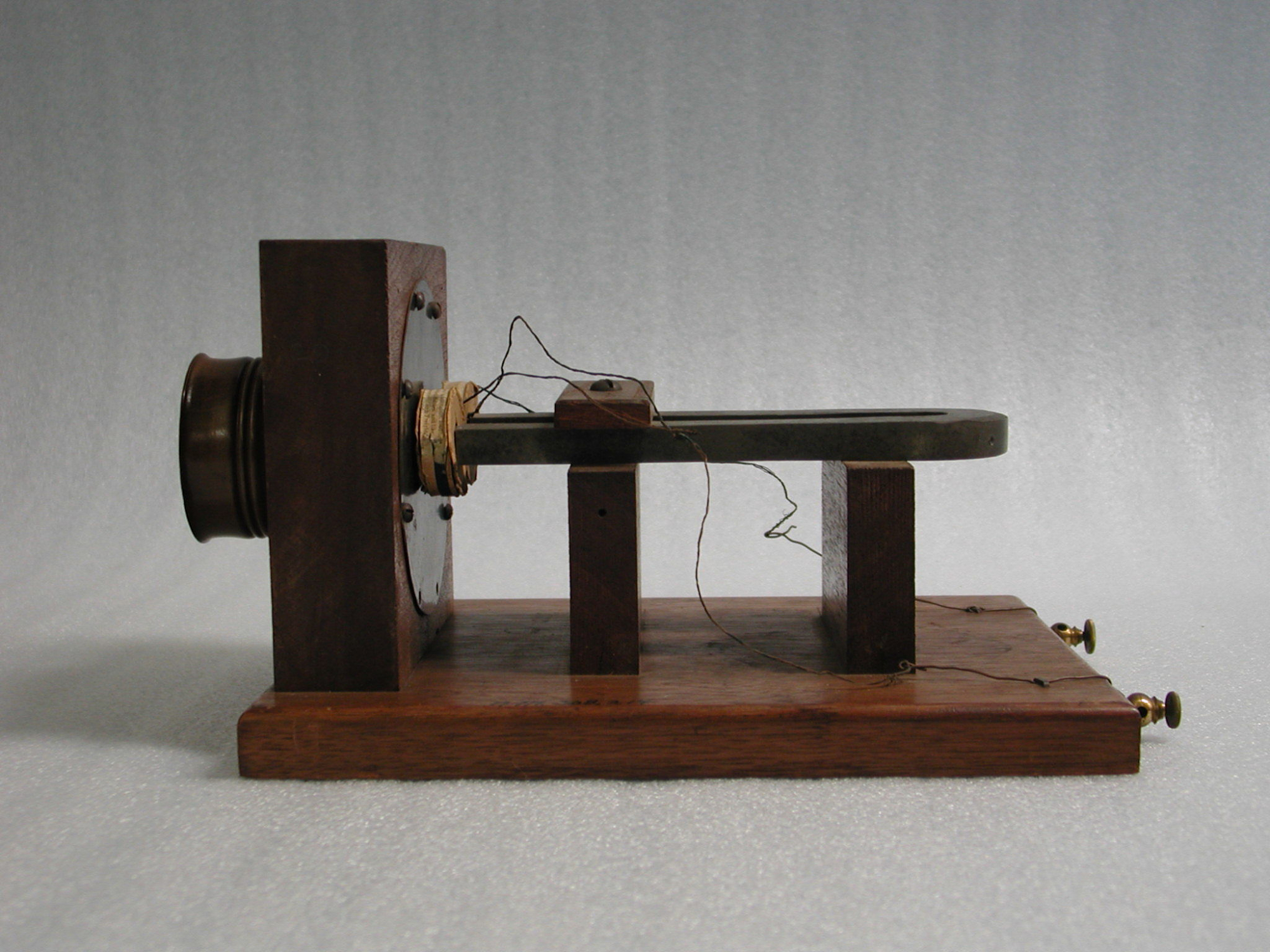 On March 7, 1876, Alexander Graham Bell, scientist, inventor and innovator, received the first patent for an “apparatus for transmitting vocal or other sounds telegraphically,” a device he called the telephone.

On March 10, 1876, three days after his patent was issued, Bell and his assistant, Thomas Watson, made the first successfully transmitted message. Pressing the receiver against his ear, Watson heard Bell’s message: “Mr. Watson, come here, I want to see you.”

This is one of two telephones used by Bell in a demonstration between Boston and Salem, Mass., Nov. 26, 1876. It features an iron diaphragm, two electromagnets and a horseshoe permanent magnet. Unlike other so-called “box telephones” in the Smithsonian collection, it does not have a wooden cover.

The Smithsonian collected this telephone primarily for its role in the Boston to Salem demonstration; it was acquired in 1923 from American Telephone & Telegraph Co. The Smithsonian’s National Museum of American History has a collection of almost 1,000 objects that are used to explore the origin and development of telephone technology. This box telephone, as part of that collection, helps experts understand and present the history of telephony.

This item is one of 137 million artifacts, works of art and specimens in the Smithsonian’s collection. It will be on display in “American Stories,” a long-term exhibition beginning April 5 at the National Museum of American History.