We Are Entering a “Golden Age” of Animal Tracking 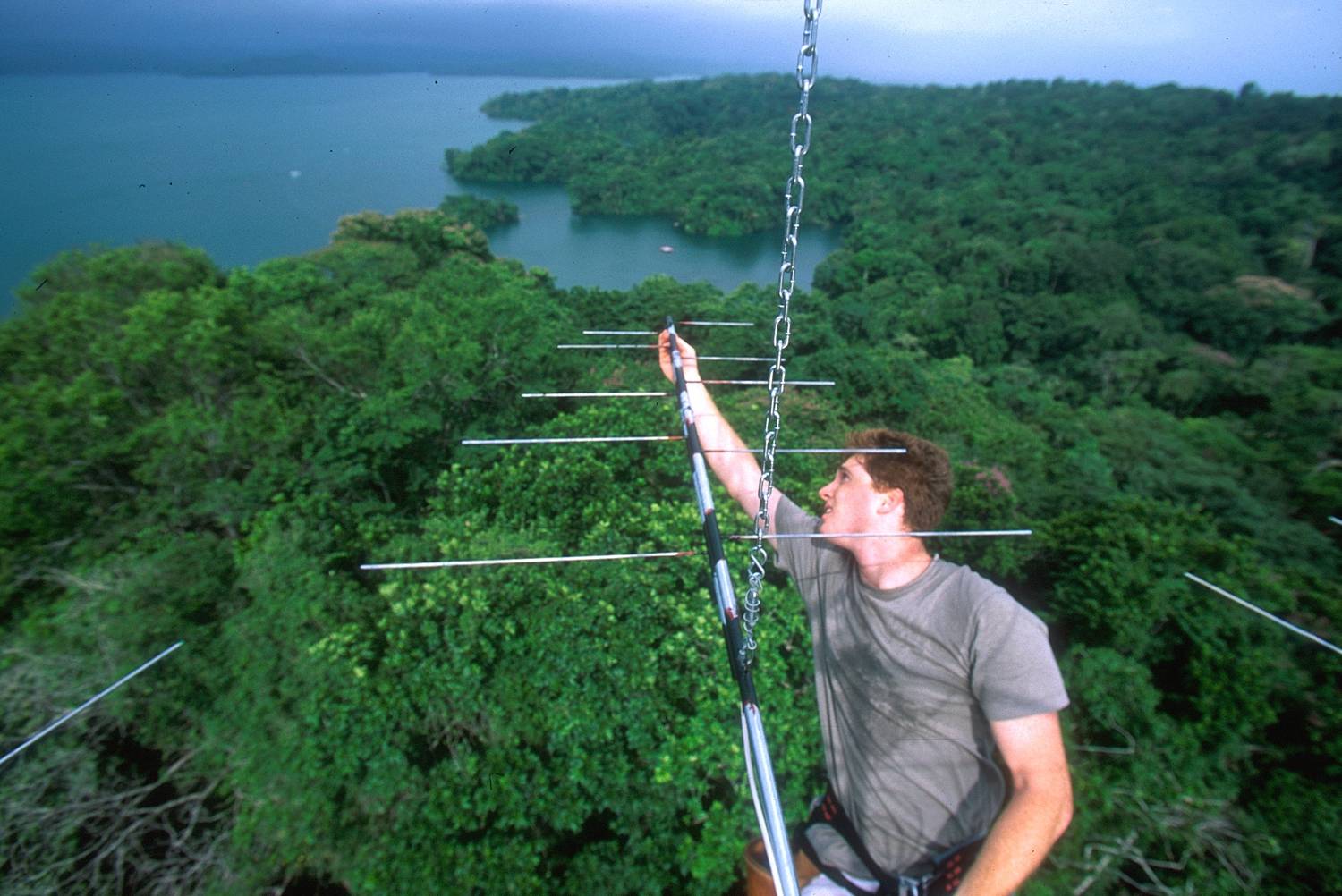 Animals wearing new tagging and tracking devices give a real-time look at their behavior and at the environmental health of the planet, say research associates at the Smithsonian Tropical Research Institute in the June 12 issue of Science magazine.

“We suggest that a golden age of animal tracking science has begun,” they predict. “The upcoming years will be a time of unprecedented, exciting discoveries.”

Driven, in part, by consumer demand in the past five years, radio-tracking technology has been replaced by smaller GPS tags that allow scientists to accurately track vastly larger numbers of animals and use satellites to track individuals as they move across the globe.

Animals are fitted with multiple sensors to keep track of their health and energy use and to even monitor their brain waves. Researchers can combine this information with weather data and other remotely monitored information about the environment, as well as monitor complex interactions among entire groups of animals.

The ARTS project began in 2002 as a joint project between the Smithsonian, Princeton University and the New York State Museum with support from long-standing donor and mentor Frank Levinson. At the time, to track a single animal, a scientist waving an antenna would crash through jungle vegetation, following a radio signal coming from the animal’s radio collar. The tracker often disturbed the animal in the process. By the time the ARTS project ended in 2010, researchers could remotely track up to 200 animals at a time, 24/7, and visualize their movements on the Internet.

The authors contend that the massive amount of animal movement data now becoming available can be used as a form of “quorum sensing.” Each animal acts as a sensor. Together the combined movement and health data from animals all around the planet pinpoint environmental hazards.

Understanding movement is vital for biodiversity research, predicting conservation hotspots, identifying human-animal conflict zones, rebuilding and sustaining productive fisheries and ecosystems and understanding the spread of pandemic disease and invasive species. The Smithsonian has long played a role in convening in-house experts and strategic outside partners.

On July 8–9, the Smithsonian Conservation Biology Institute in Front Royal, Va., will host a workshop to kick off a new initiative: SI Move: An Earth Observatory for Movement Ecology. The initiative complements the Smithsonian’s forest and marine Global Earth Observatories as part of its Grand Challenge of Understanding and Sustaining a Biodiverse Planet.

SI Move will also build on existing efforts of the Smithsonian’s Partners in the Sky program, a public-private partnership to advance movement tracking with the goal of “tracking any species, anywhere in the world for its entire lifetime.”

Science paper authors and their affiliations are: