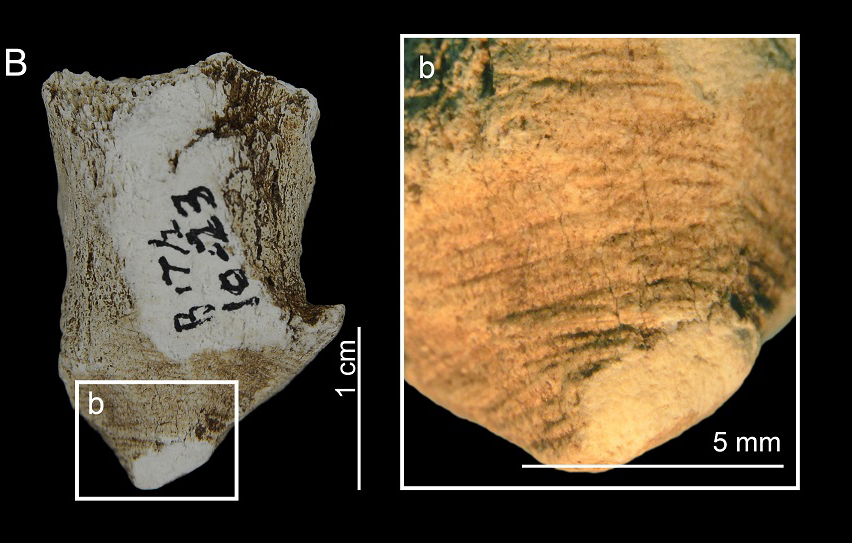 As polar ice caps melted at the end of the last Ice Age about 8,500 years ago, the global sea level rose and Panama’s Pearl Islands were isolated from the mainland. A new archaeological study by a team including a Smithsonian scientist shows that several thousand years later pre-Columbian colonists hunted a dwarf deer to extinction on an island called Pedro González.

The settlers arrived on the 14-hectare island by sea 6,200 years ago and stayed for a maximum of eight centuries, farming maize and roots, fishing, gathering palm fruits and shellfish and hunting deer, opossums, agoutis, iguanas and large snakes—the major predators.

“When I was washing the animal bones from the first test cut in 2008, out fell a deer ankle bone called a calcaneum,” said Richard Cooke, archaeologist at the Smithsonian Tropical Research Institute and co-author of the study. “It was so tiny that I realized we had come across a population that had probably dwarfed through isolation.”

The Pearl Archipelago, named for rich pearl beds encountered by early Spanish explorers, lies about 16 miles off Panama’s Pacific coast. The islands are perhaps best known as the location of several seasons of the TV series, Survivor. As Darwin discovered in the Galapagos, islands are hotbeds of evolution. Through time, animals isolated from mainland populations commonly undergo a reduction in size compared to their mainland relatives due to competition for limited food resources. In the case of the dwarf deer, this must have occurred between the time when the island was isolated from the mainland and the time when the settlers arrived.

Adult deer living on Pedro González island 6,000 years ago weighed less than 22 pounds, about as much as a beagle. Collagen fingerprint studies by Manchester University biochemist Mike Buckley infer that deer bones on the island were not from the tiny red brocket deer, corzo in Spanish, found in Panama today. Deer bones on the island represent a different group of deer, which includes white-tailed deer and some gray brocket populations found in South America. Only DNA studies will confirm to which deer clade the island deer belong. Buckley found that the 6,000-year-old deer bones belong to the same lineage as a larger deer still found on San José island, 5 miles to the south in the Pearl Archipelago. Why it survived there is an unresolved mystery.

About 2,500 fragments of deer bones corresponding to 22 individuals were found in the 4-meter-deep trash heap (midden) that built up in a large hollow near the coast. Some deer bones had cuts indicating butchering, such as disarticulation and slicing meat from the bone, or had the marks of human teeth. Others had been burned or smashed to get at the marrow. Antlers and long bones were often cut for making everyday tools and ornaments. Hunting appears to have been indiscriminate, including adults as well as juveniles.

The number of deer bones decreased in the youngest layer of the midden, and those of older adults were absent, suggesting that the species was becoming scarcer and life expectancies lower. No deer bones were found in later layers left by pottery-using people after 2,300 years ago, indicating that the species had become extinct on Pedro González by then.

The history of this tiny deer illustrates just how vulnerable island species can be. The loss of the Pedro González dwarf deer may inspire conservation of the population still found on the neighboring island.

The Smithsonian Tropical Research Institute, headquartered in Panama City, Panama, is a part of the Smithsonian Institution. The Institute furthers the understanding of tropical nature and its importance to human welfare, trains students to conduct research in the tropics and promotes conservation by increasing public awareness of the beauty and importance of tropical ecosystems. Website: www.stri.si.edu.