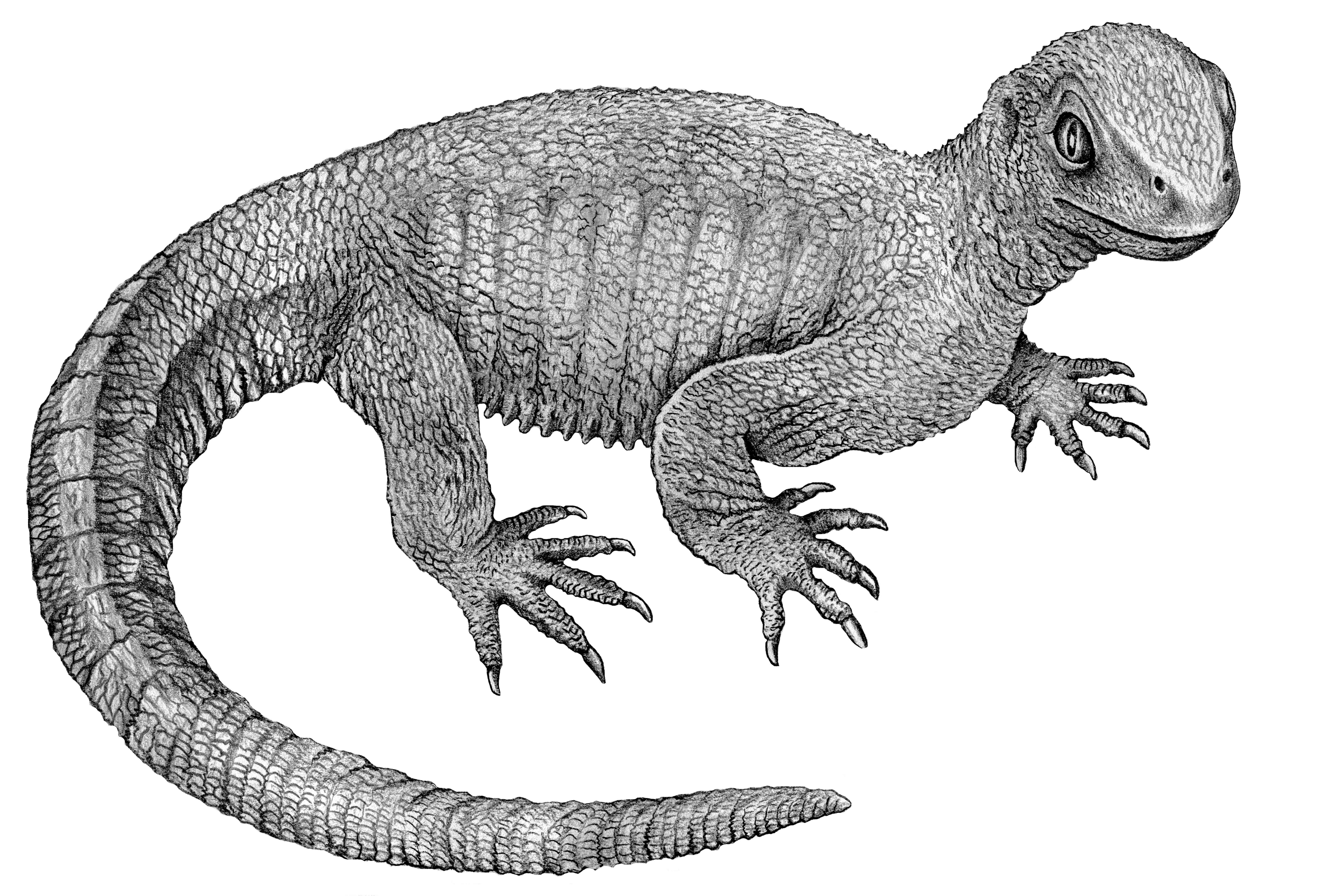 Researchers from the United States and Germany have discovered a key missing link in the evolutionary history of turtles. The new extinct species of reptile, Pappochelys, was unearthed in an area that was an ancient lake in southern Germany about 240 million years ago during the Middle Triassic Period. Its physical traits make it a clear intermediate between two of the earliest known turtles, Eunotosaurus and Odontochelys. Features in the skull of Pappochelys also provide critical evidence that turtles are most closely related to other modern reptiles, such as lizards and snakes. Previously, scientists believed that turtles may have descended from the earliest known reptiles. Additional information is available in the June 24 issue of Nature.

Hans-Dieter Sues, curator of vertebrate paleontology in the Department of Paleobiology at the Smithsonian’s National Museum of Natural History, and Rainer Schoch, curator of fossil amphibians and reptiles at the State Museum of Natural History in Stuttgart, Germany, studied more than a dozen specimens from Germany that were collected beginning in 2006. Their research focused on the morphological features that set Pappochelys apart from its closest turtle relatives.

“The mystery of how the turtle got its shell has been a long-standing question in evolutionary biology,” said Sues. “In the case of Pappochelys, we see that its belly was protected by an array of rod-like bones, some of which are already fused to each other. Such a stage in the evolution of the turtle shell had long been predicted by embryological research on present-day turtles but had never been observed in fossils—until now.”

The discovery of Pappochelys confirms that the belly portion of the turtle shell, called the plastron, formed through the fusion of rib-like structures and parts of the shoulder girdle.

The new turtle is also noteworthy for the presence of two openings behind the eye socket on each side of the skull and shows that turtles did not evolve from early stem-reptiles, as traditionally thought, but are most closely related to lizards among present-day reptiles. Present-day turtles have lost these openings, but lizards and crocodilians have them.

Pappochelys could fit in the palm of a human hand and grow up to 8 inches in length. It lived in a tropical environment along the shores of a lake in what is now southern Germany. Pappochelys used its tiny, peg-like teeth to feed on small insects and worms and had a long tail, possibly to help with swimming.

The origin and relationships of turtle species have historically been some of the most contentious issues in the study of vertebrate evolution. Modern turtles are strikingly different than their prehistoric precursors, and, for decades, researchers had few representatives of the early phases of turtle evolution from the fossil record. The new discovery and DNA sequencing for the major groups of present-day reptiles now establish where turtles fit on the reptile tree of life.

Eunotosaurus, considered the oldest precursor of turtles, dates back to 260 million years ago and lived in present-day South Africa. It features many characteristics only found in turtles, including broad ribs and a lack of intercostal muscles, which attach between the rib bones. Eunotosaurus also has a long slender tail. By comparison, Odontochelys lived in present-day China 220 million years ago and has a fully developed plastron, a long tail and jaws with small teeth. Pappochelys fits neatly between these two turtle precursors at 240 million years, sharing some characteristics with Eunotosaurus but having only a partially fused plastron.

Scientists hypothesize that the development of the shell observed in early turtles supports the idea that the turtle shell evolved in aquatic environments rather than on land. Underwater predators often ambush their prey from below. Early turtles may have relied on having a partially or fully fused plastron as a defense mechanism against these kinds of attacks. The back portion of the shell, called a carapace, appears later in the fossil record in another early turtle found in Germany called Proganochely. Proganochely dates to 214 million years and has a complete shell that protects its trunk. It closely resembles modern species of turtles.