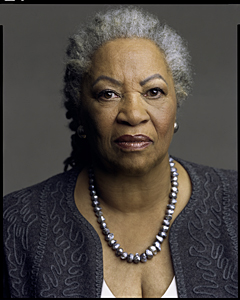 Historically, the term “blacklist” referred to a group of people marginalized and denied work or social approval. Created out of the inspiration to change the meaning of the term to become that of a roll call of distinction, “The Black List: Photographs by Timothy Greenfield-Sanders,” will open at the National Portrait Gallery Oct. 28. The exhibition includes all 50 of the photographic portraits that Greenfield-Sanders created and a small theater with a continuous loop of the three-volume film, The Black List. The exhibition will be at the museum through April 22, 2012.

The idea for this project grew out of a conversation Greenfield-Sanders had with author Toni Morrison in which they discussed a book of photographs that would document the many talented performers Morrison had auditioned for her opera, Margaret Garner. The idea to create a book percolated with Greenfield-Sander, who began to think about all the African Americans he knew and had photographed. He made a list of people whose talents reached into the worlds of arts, politics and beyond. Working with the idea to create something around African American achievement, he contacted his friend, NPR correspondent and former New York Times film critic, Elvis Mitchell, to discuss the project. Together they expanded the list and Mitchell suggested that they call it “The Black List.”

Greenfield-Sanders created large-format fine-art photographs and directed the film; Mitchell interviewed the subjects, documenting the experiences of the individuals selected for “The Black List.” Together they created a visual “who’s who” of African Americans.

“‘The Black List,’ stands at the intersection of American history, biography and portraiture by reclaiming a historically negative term and presenting a nuanced recognition of struggles, joys, troubles and triumph,” said Martin Sullivan, director of the National Portrait Gallery. “The people who are featured in this important project are representative of the diverse experiences of African Americans today.”

AT&T is the sponsor of “The Black List: Photographs by Timothy Greenfield-Sanders.” The filmed interviews in the exhibition are owned by and made available courtesy TV One. Interviews from Volume 3 are shown courtesy HBO Documentary Films.

Greenfield-Sanders is an internationally know photographer and Grammy Award-winning filmmaker. His portraits of political leaders and cultural icons have earned him a place in more than 25 museum collections, including the Museum of Modern Art, the Whitney Museum of American Art and the Museum of Fine Arts, Houston.