National Museum of American History Commemorates Day of Remembrance With Live Performance by Kishi Bashi and Discussion of Faith and Music in the Japanese Incarceration Camps
February 13, 2019
News Release 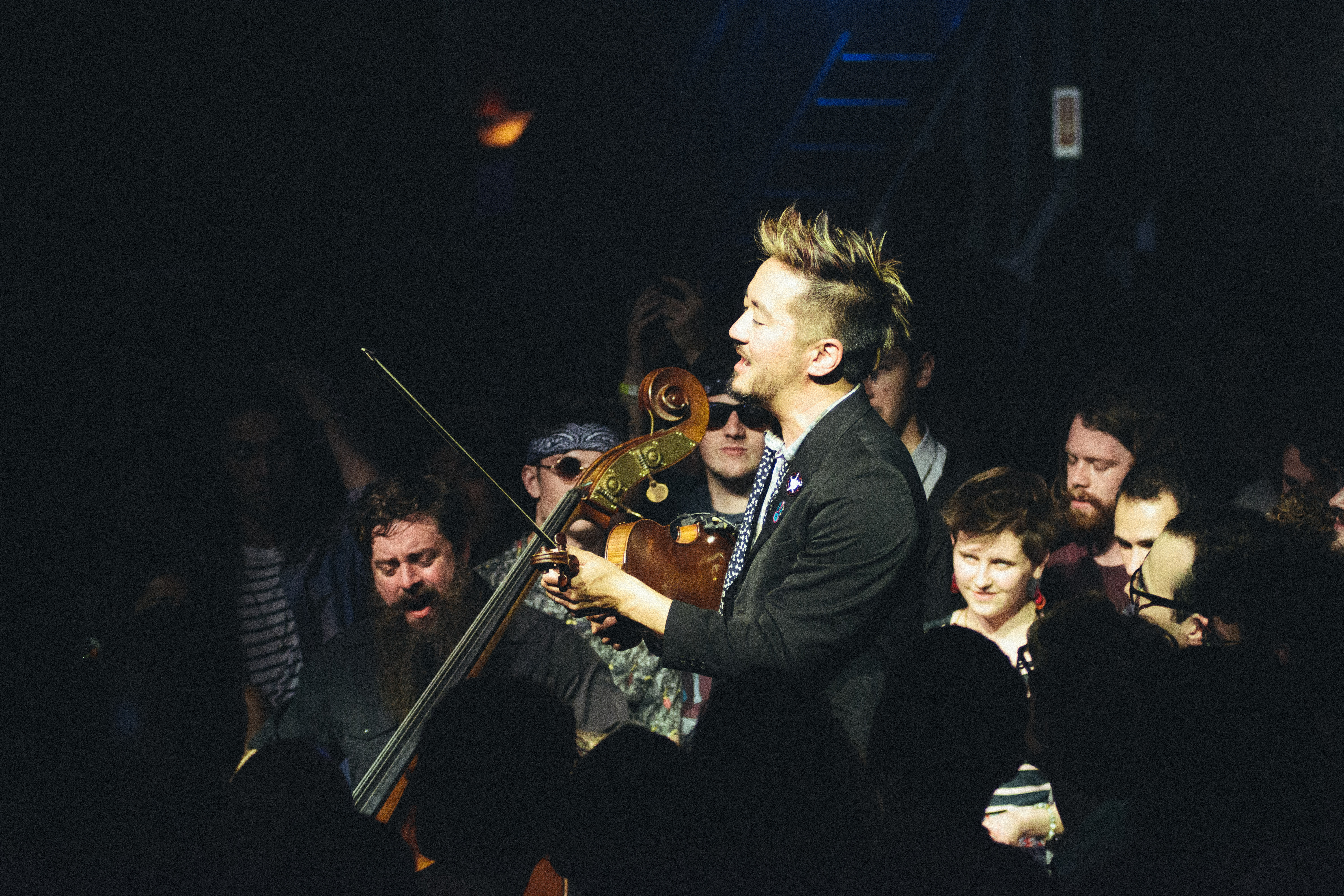 The Smithsonian’s National Museum of American History will host a free event to commemorate the Day of Remembrance, Feb. 19, from 6:30 to 8 p.m. in the museum’s Warner Bros. Theater. Doors open at 6 p.m.; seating is limited.

The evening will feature a live 25-minute multimedia performance by award-winning singer-songwriter Kaoru Ishibashi—professionally known as Kishi Bashi, as well as a presentation by University of Southern California professor Duncan Ryūken Williams, author of American Sutra: A Story of Faith and Freedom in the Second World War. To round out the event, Kishi Bashi and Williams will join museum specialist Noriko Sanefuji and curator of religion Peter Manseau for a panel discussion to explore memory, faith and music in the Japanese American incarceration camps.

Kishi Bashi will perform five new songs along with clips from his upcoming film Omoiyari: A Songfilm, in which the composer embarks on a personal quest to create music in locations relevant to the Japanese American incarceration. The genre known as Omoiyari is a cinematic exploration that fuses history and art to examine the complexities of the human condition.

Williams’ new book American Sutra: A Story of Faith and Freedom in the Second World War (Belknap Press: An Imprint of Harvard University Press; Feb. 19) tells the forgotten story of how Japanese Americans fought to defend their faith and preserve religious freedom. Williams used newly translated sources and extensive interviews with survivors of the camps and veterans of the war to reveal how the Japanese American community broadened the country’s view and understanding of religious freedom.

The Day of Remembrance marks the 77th anniversary of Executive Order 9066, a document that President Franklin D. Roosevelt signed in 1942, two months after Japan’s attack on Pearl Harbor. The order resulted in the incarceration of 75,000 Americans of Japanese ancestry and 45,000 Japanese immigrants who were prohibited by law from becoming naturalized American citizens. They were housed in 10 large, barbed wire-enclosed incarceration camps and dozens of other installations scattered west of the Mississippi, far from their homes, from March 1942 to March 1946.

Some 45 years later, the U.S. Congress formally recognized that the rights of the Japanese American community had been violated and President Ronald Reagan signed HR 442, known as the Civil Liberties Act of 1988, which provided an apology and restitution to the living Japanese Americans who were incarcerated during World War II.

Through incomparable collections, rigorous research and dynamic public outreach, the National Museum of American History explores the infinite richness and complexity of American history. It helps people understand the past in order to make sense of the present and shape a more informed future. The museum is located on Constitution Avenue N.W., between 12th and 14th streets, and is open daily from 10 a.m. to 5:30 p.m. (closed Dec. 25). Admission is free. For more information, visit http://americanhistory.si.edu. For Smithsonian information, the public may call (202) 633-1000.