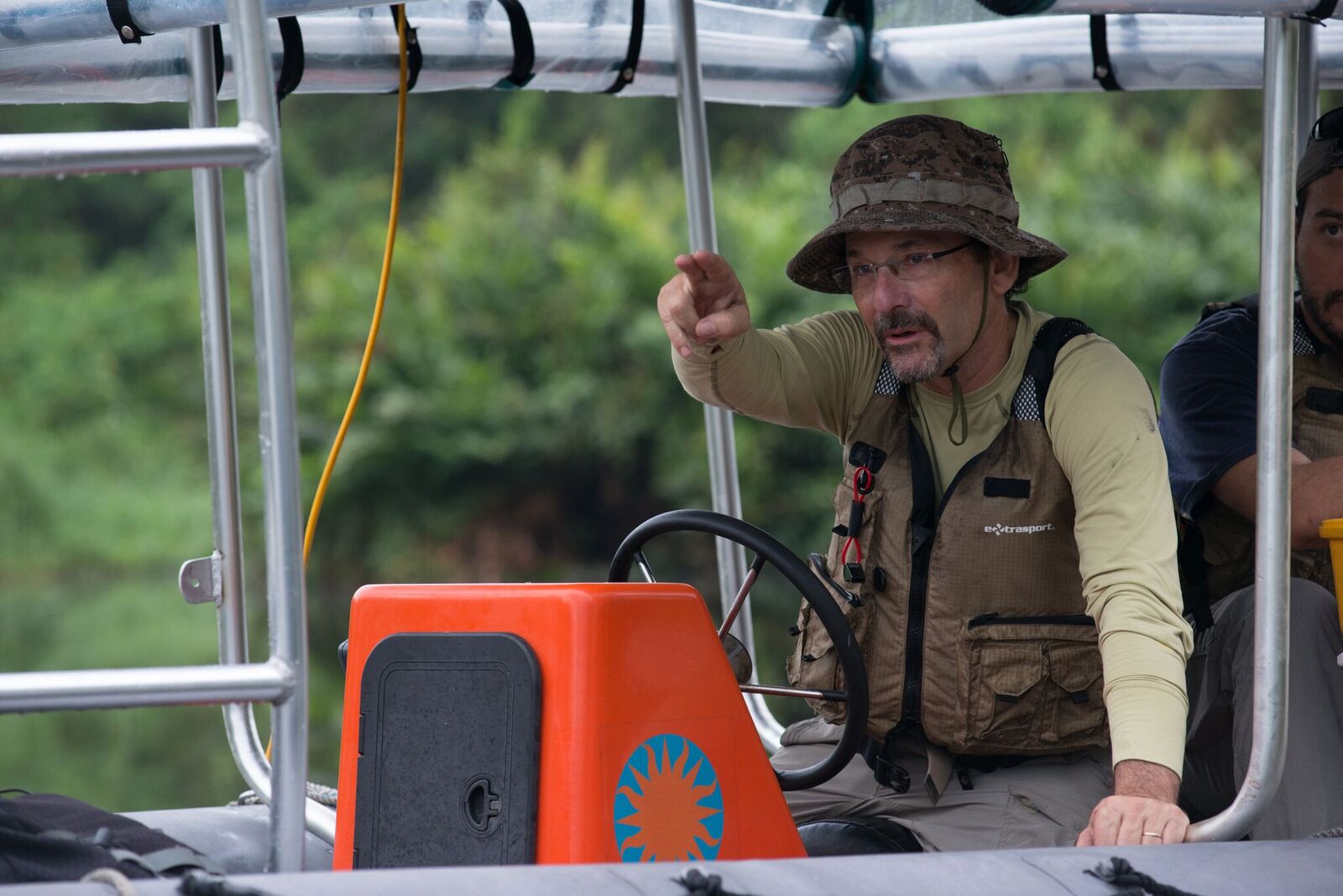 All three of the world’s manatee species are threatened with extinction: the Amazonian Manatee, the African Manatee and the West Indian Manatee. The Antillean Manatee, an endangered subspecies, feeds and calves in rivers and coastal wetlands from the Gulf of Mexico to Brazil. Smithsonian scientists were the first to use sonar to estimate Antillean Manatee populations in the murky waters of Panama’s internationally protected San San Pond Sak wetlands.

“The most thorough of its kind, our study offers reliable, sonar-based estimates of manatee numbers vital to the survival of this vulnerable species,” said Hector M. Guzman, marine biologist at the Smithsonian Tropical Research Institute (STRI), who led the study. “Mother/calf pairs are commonly observed upstream—outside the protected area. We communicated that to the authorities nearly three years ago and recommended modifications to the limits of the reserve along rivers. Every year there are at least two manatee deaths, mostly calves or young ones. Our population estimates indicate that even though the population seems constant, it won’t recover if young manatees continue to be killed by the use of illegal fishing nets.”

According to the Red List of Threatened Species published by the International Union for Conservation of Nature (IUCN), there are less than 2,500 mature Antillean Manatees in the world, mostly in Mexico and Belize. In 2008, the IUCN estimated that there were only 10–20 manatees in Panama, one of the lowest population estimates in the 20 countries where the species remains. Without effective conservation actions, 20 percent of these great creatures are expected to disappear in the next 40 years.

The San San Pond Sak wetland in Panama’s province of Bocas Del Toro, protected in 1993, is thought to harbor Panama’s largest manatee population. Hunted first by native Americans and then by the Spanish and workers on banana farms, manatees have been protected by law in Panama since 1967. Because these shy animals live in murky, inaccessible waters, the only way to estimate their numbers was based on interviews, historical records and sightings from boats and airplanes. Previously, scientists have estimated that there were between 30–70 manatees in the entire country of Panama. The Smithsonian team decided to test a new method: sonar detection and censuses.

Guzman scanned almost 2,000 kilometers of river with side-scan sonar during a one-year period. That is nearly 100 repeated sweeps of the 18 kilometers of protected river in the mangrove- and forest-lined San San estuary. With Richard Condit, staff scientist emeritus at STRI, now at the Field Museum in Chicago, they converted more than 1,000 manatee detections into seasonal population estimates ranging from two to 33 individuals. Because San San Pond Sak is only part of a vast area along the Caribbean coast with suitable marine habitat, “we hypothesize that the regional population could be considerably higher than our estimates,” Condit said.

A management plan was drafted in 2004. It considered issues such as land-tenure conflicts, sources of pollution and a co-management strategy for protection of manatees in the area. “However, 20 years after the creation of the protected area, we have not seen any of those recommendations go into effect,” Guzman said. "Three years ago, based on our sonar data, we recommended modification of the boundaries and regulations for boating and fishing to reduce mortality.”

“Ironically, the endangered status of this species was reiterated last December within the Ministry of the Environment’s Resolution DM-0657-2016, but there is still a lack of effective local policy to protect manatees—authorities are not paying attention to the human activities going on in these river systems,” Guzman said. “People are using fishing nets, which are illegal within this wetland designated as ‘internationally important’ under the international RAMSAR convention.”