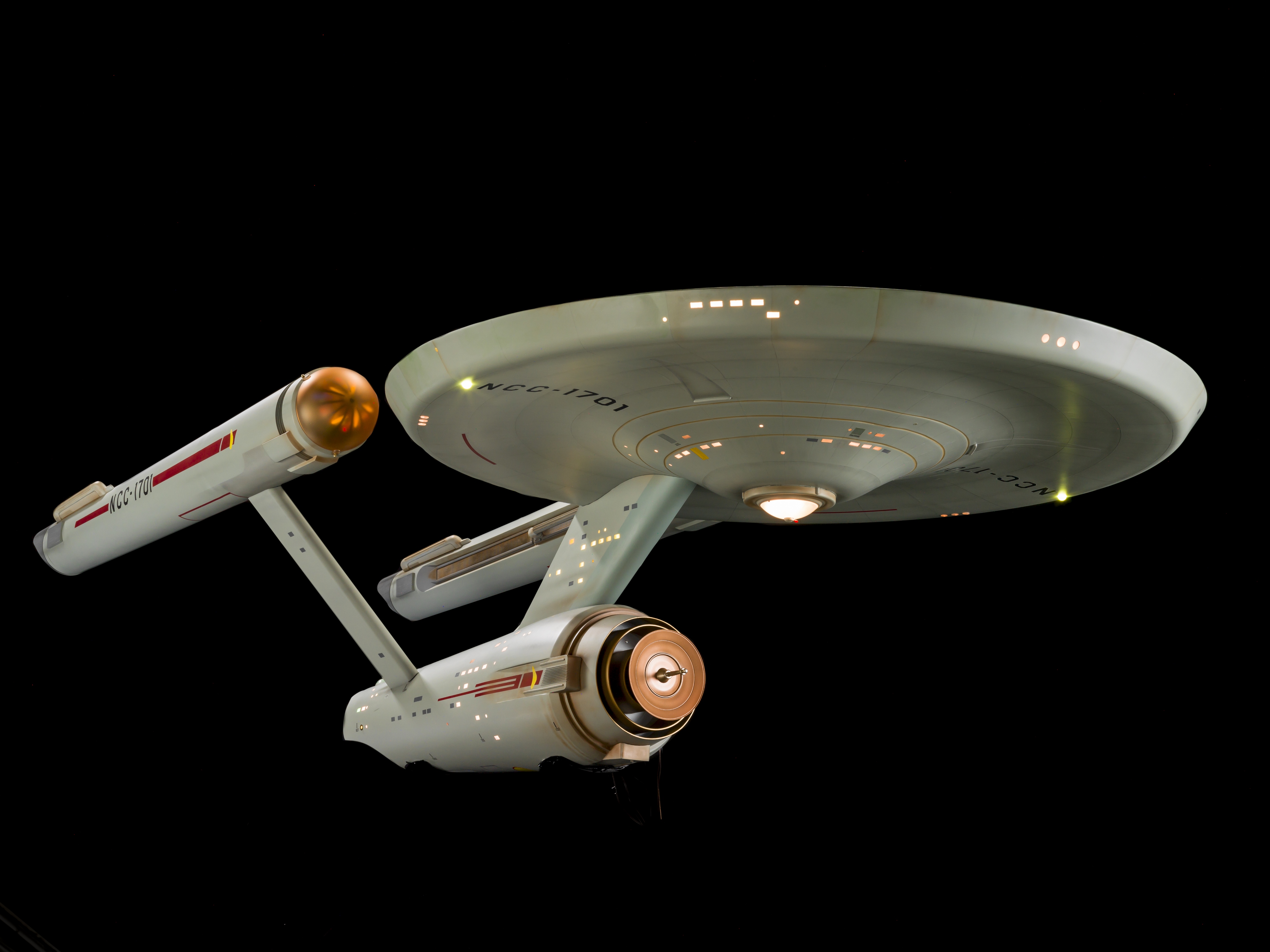 The 50th anniversary of Star Trek is Sept. 8, and the National Air and Space Museum is inviting fans to celebrate with “Boldly Go 50”—three nights of special programs sponsored by the Roddenberry Foundation. The events will explore the history of the science-fiction franchise and its role in inspiring generations of real scientists, innovators and explorers. “Boldly Go 50” will spotlight the show’s message of going where no one has gone before in a space featuring artifacts of exploration achievements from the “Spirit of St. Louis” to SpaceShipOne, and now including the 11-foot studio model of the starship Enterprise used in all 79 episodes of the original series.

Museum visitors can celebrate the moment of Star Trek’s 50th anniversary Sept. 8 with special screenings of the first episode aired, “The Man Trap,” timed to the show’s 1966 timeslot. The program will begin at 8 p.m., with screenings held concurrently at both of the museum’s locations: on the National Mall in Washington, D.C., and at the Steven F. Udvar-Hazy Center in Chantilly, Va. The screenings will be introduced live in Washington and by simulcast to Chantilly by Margaret Weitekamp, the museum’s curator of social and cultural dimensions of spaceflight, Rod Roddenberry, son of Star Trek creator Gene Roddenberry, and Bjo and John Trimble, two of Star Trek’s founding fans. The screenings will be followed by a Q&A. Free tickets are required at both locations.

The museum’s location on the National Mall in Washington will host an evening of anniversary activities, including films, tours, special guests, presentations, photo-ops with the original Enterprise studio model and more. The Smithsonian Channel’s new documentary Building Star Trek will begin at 8 p.m. in the Lockheed Martin IMAX Theater, followed by the new film from Adam Nimoy, For the Love of Spock. Free tickets are required for both films; no tickets are required for museum entry or other activities. The event will run from 7 p.m. to 11 p.m.

The popular Museum Moonshine series continues Sept. 10 at the museum’s Washington location with a Star Trek-centric 21-and-over program from the museum and Smithsonian Gardens, exploring the recent conservation of the Enterprise model and the work of the North American Orchid Conservation Center. Activities include selfie stations with a botanic oasis inspired by Star Trek’s set designs, sky gazing with staff from the Phoebe Waterman Haas Public Observatory, displays from Smithsonian Garden’s orchid collection (including a take-home mini-test-tube orchid), Star Trek-inspired treats and talks with special guests and museum experts. A selection of light refreshments and alcoholic beverage samples are included with each ticket. Tickets must be purchased in advance and cost $35. Tickets for National Air and Space Society members cost $30.

The public can watch for program updates and more Star Trek-related content on the museum’s social media channels and join the conversation by using #BoldlyGo50. The three-day Star Trek celebration is sponsored by the Roddenberry Foundation. Additional support provided by Adam Schneider.

“We are incredibly excited to be joining the Smithsonian in celebrating the 50th anniversary of Star Trek and the impact the show has had on millions of people around the world,” said Rod Roddenberry, chairman of the Roddenberry Foundation. “I think my dad would have been overjoyed to know that the fans and the broader public will be gathering and honoring this occasion and revisiting what made the show special and what was so important to him—the celebration of diversity, tolerance, and respect for all life forms.”

The National Air and Space Museum building on the National Mall in Washington, D.C., is located at Sixth Street and Independence Avenue S.W. The museum’s Steven F. Udvar-Hazy Center is located in Chantilly, Va., near Washington Dulles International Airport. Attendance at both buildings combined exceeded 8 million in 2015, making it the most visited museum in America. The museum’s research, collections, exhibitions and programs focus on aeronautical history, space history and planetary studies. Both buildings are open from 10 a.m. until 5:30 p.m. every day (closed Dec. 25).