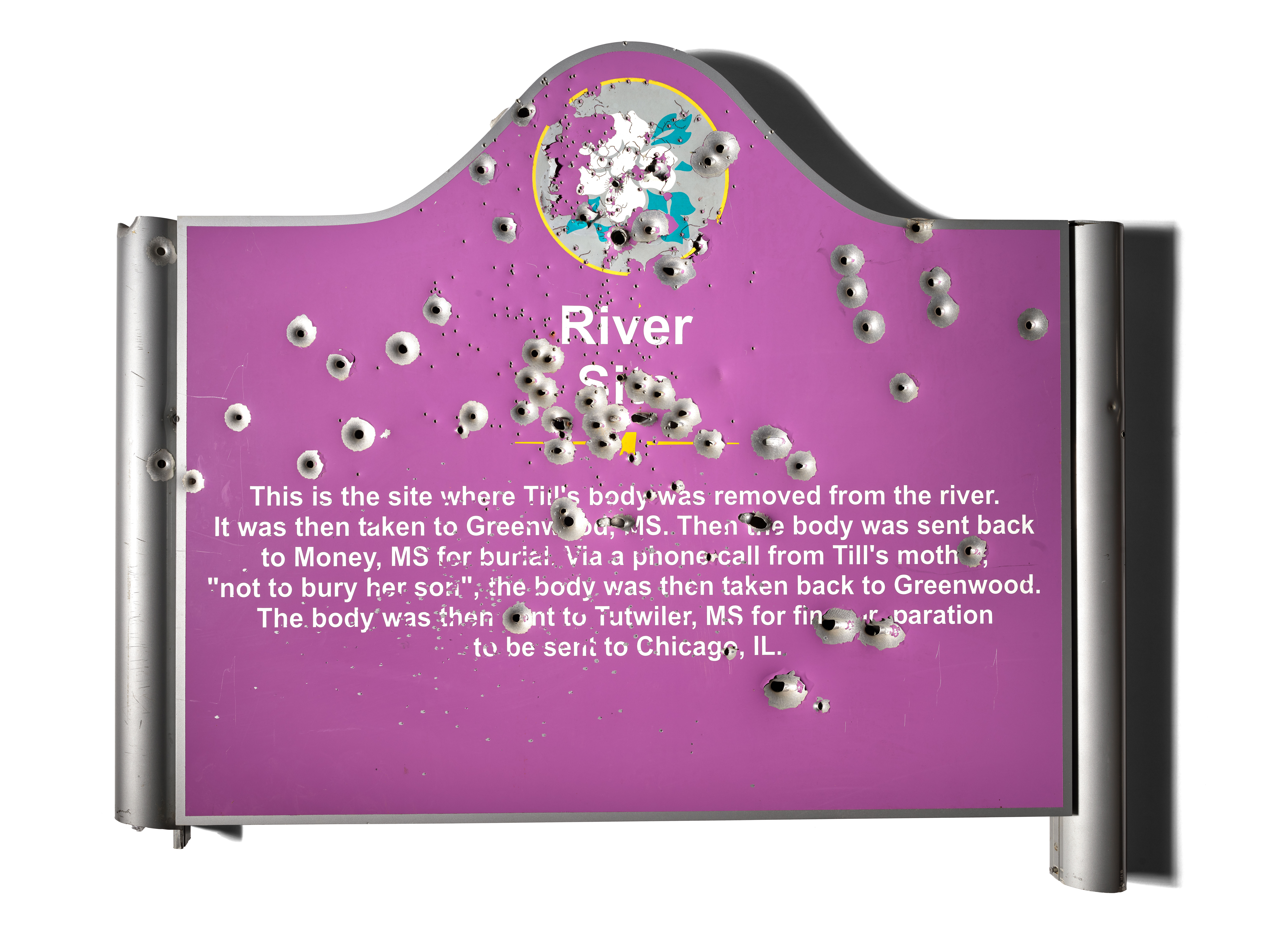 The Smithsonian’s National Museum of American History will open “Reckoning with Remembrance: History, Injustice and the Murder of Emmett Till” as a monthlong display of the bullet-ridden sign that was placed by the Tallahatchie River in Mississippi in remembrance of Emmett Till. Beginning Sept. 3, the exhibit will be in the museum’s most prominent location, across from the Star-Spangled Banner exhibition at the building’s center. The Till sign works to preserve the memory of an African American boy’s murder while demonstrating the ongoing nature of anti-Black violence in America. A companion webpage will be available Sept. 3.

During a visit to see his great-uncle in Mississippi, 14-year-old Till of Chicago was brutally lynched Aug. 28, 1955. When his mutilated body was recovered from the Tallahatchie River, his mother, Mamie Till Mobley, insisted on an open-casket funeral in Chicago so that the world could see “what they did to my boy.”

Starting in 2008, the Emmett Till Memorial Commission erected nine historical markers to commemorate Till, but the signs have been stolen, riddled with bullets or thrown in the river. The 317 bullet punctures on the sign collected by the museum, the second of four placed at the river site, serve as a reminder that the racism that caused Till’s death still exists today. The commission erected a new bullet-proof marker in 2019 and donated this historical marker to the museum.

“The National Museum of American History is deeply honored to collaborate with the Tallahatchie community to preserve and present the legacy of Emmett Till,” said Anthea M. Hartig, the museum’s Elizabeth MacMillan Director. “The history of racial violence is often erased and highly contested in the battle to define American memory, and this vandalized sign demonstrates the ramifications of ongoing efforts of remembrance and social justice. Racism does not only reside in the past; it inhabits our lived reality.”

The installation of the Till Historical Marker is part of the museum’s new vision outlined in its strategic plan, which is centered in outreach and commitment to communities and provides a place for people to explore the complexity of the country’s shared history.

“Till’s murder and open-casket funeral became a catalyst for the civil rights movement,” said Tsione Wolde-Michael, the museum’s curator for African American social justice history who leads the project along with co-curator Nancy Bercaw. “And now in what would have been Emmett Till’s 80th year, this vandalized sign demonstrates the ways histories of racism and violence continue into the present. Our Mississippi community partners have continuously risked their lives to commemorate and interpret this history, and we are honored with the trust they have placed in the Smithsonian to steward the sign and bring its story along with Emmett’s to the public.”

“The Emmett Till Memorial Commission has been working for 15 years to change the physical and cultural landscape of Tallahatchie County, Mississippi, and the road to remember has not been easy,” said Patrick Weems, executive director of the Emmett Till Interpretive Center. “So it is with great appreciation that we are partnering with the Smithsonian to honor and remember Emmett Till and the struggle that our community has faced to commemorate his life and legacy and to create the conditions for racial healing.”

A panel discussion, “The Long Battle: The Work of Preserving Emmett Till’s History,” with the Rev. Wheeler Parker, Till’s cousin, Tallahatchie community leaders and Till scholar Dave Tell of the University of Kansas will explore the efforts and challenges to preserve Till’s memory. It will be recorded on-site at the museum and featured along with short videos of several community leaders on its YouTube channel beginning Sept. 3.

The original glass-topped casket that held Till’s body and images of his open casket funeral in Jet magazine are on display in the “Defending Freedom, Defining Freedom” exhibition at the Smithsonian’s National Museum of African American History and Culture.

Through incomparable collections, rigorous research and dynamic public outreach, the National Museum of American History seeks to empower people to create a more just and compassionate future by examining, preserving and sharing the complexity of our past. The museum, located on Constitution Avenue N.W., between 12th and 14th streets, is open Friday through Tuesday between 10 a.m. and 5:30 p.m. Admission is free and passes are not required. The doors of the museum are always open online and the virtual museum continues to expand its offerings, including online exhibitions, K–12 educational materials and programs. The public can follow the museum on social media on Twitter, Instagram and Facebook. For more information, go to https://americanhistory.si.edu. For Smithsonian information, the public may call (202) 633-1000.