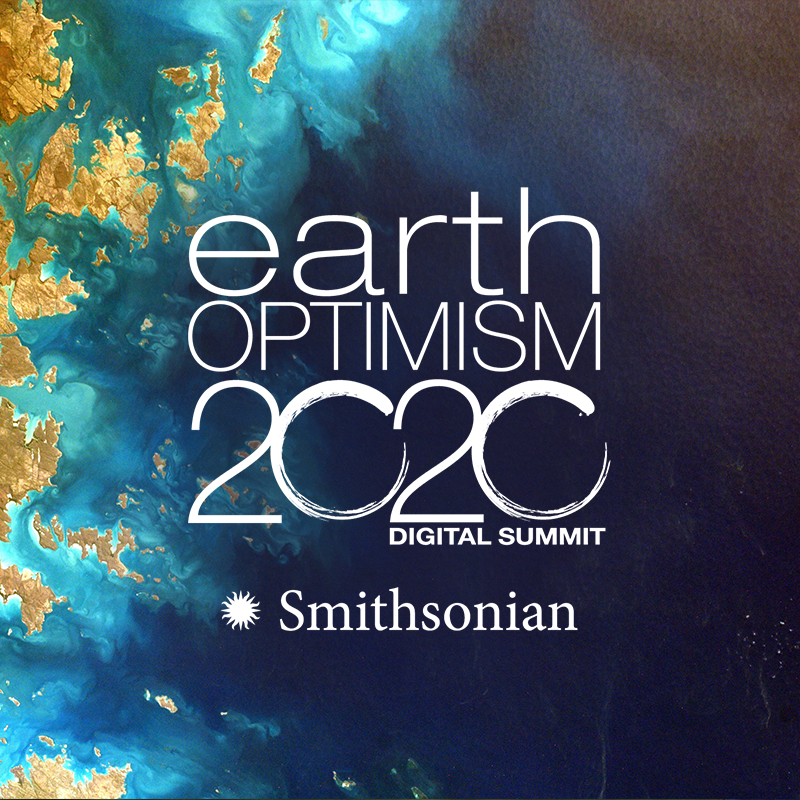 To mark the 50th anniversary of Earth Day, the Smithsonian will host the 2020 Earth Optimism Digital Summit, an online event highlighting what is working to protect the future of the planet. Featuring more than 100 scientists, thought leaders, entrepreneurs, artists and experts, the live summit will stream online April 22–24 at earthoptimism.si.edu. As a public-health precaution, the in-person summit originally scheduled to take place in Washington, D.C., was postponed to a later date.

“Earth Optimism reminds us that change happens when we focus on what works,” said Smithsonian Secretary Lonnie G. Bunch III, who will provide welcoming remarks. “As we celebrate the 50th anniversary of Earth Day, this summit invites us to come together across disciplines and backgrounds to build a stronger, more sustainable future for our planet.”

The full schedule and list of speakers are available on the Earth Optimism website. Viewers can join the conversation on Twitter by following @EarthOptimism and #EarthOptimism.

Earth Optimism celebrates a change in focus from problem to solution in the global dialogue about conservation and sustainability. Connect with Earth Optimism on Facebook, Twitter and YouTube.

The Smithsonian Institution was founded in 1846 with a bequest from British scientist James Smithson (1765–1829) to found at Washington an establishment for “the increase and diffusion of knowledge.” It is the world’s largest museum, education and research complex, with 19 museums and the National Zoological Park.

The Smithsonian’s collections document the nation’s history and heritage and represent the world’s natural and cultural diversity. The total number of objects, works of art and specimens at the Smithsonian is estimated at nearly 155 million, including more than 146 million scientific specimens and artifacts at the National Museum of Natural History.