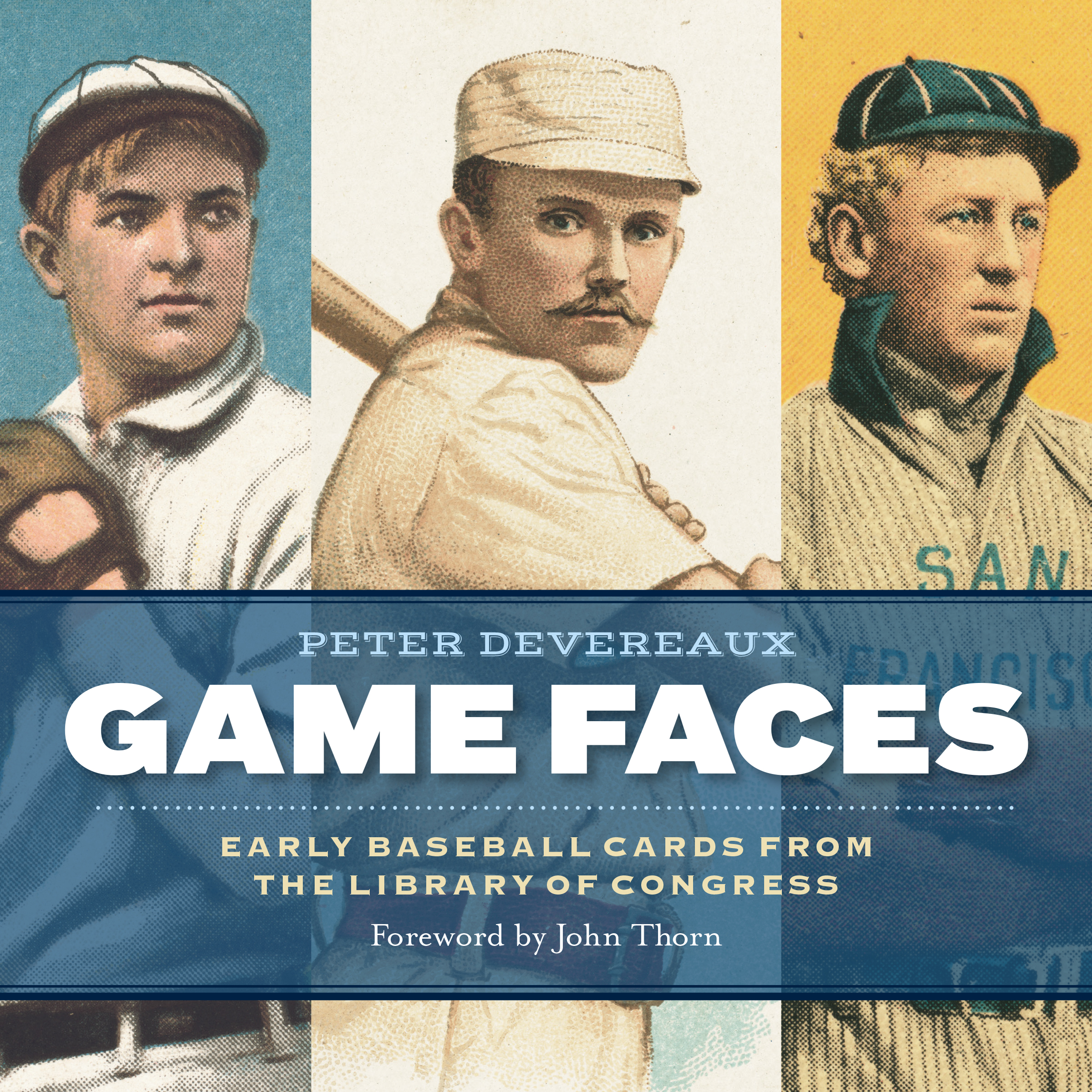 Marrying gems from the collection’s 2,100 baseball cards to images of American life from 1887 to 1914, the book also offers insight into the players and the game, giving readers a view of both baseball’s development and American culture at the turn of the 20th century. The book highlights cards depicting many of the game’s first stars—including Ty Cobb, Cy Young and Christy Mathewson—as well as less widely known figures, shown with extravagant ornamentation and boldly juxtaposed colors that render the cards works of art in their own right. Game Faces is a rich history of the baseball card and the ways that it has illustrated and influenced American culture as a whole.