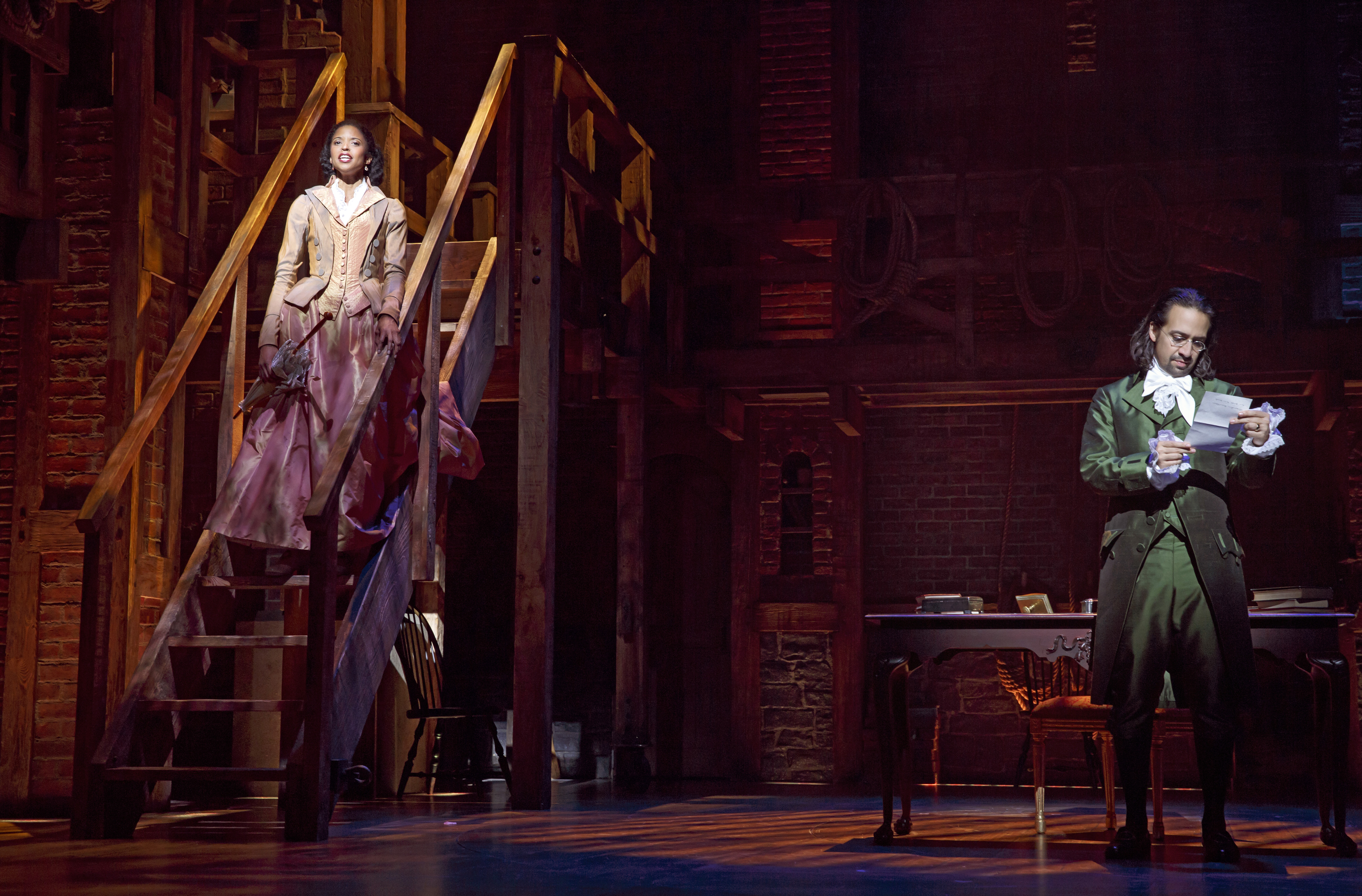 The Smithsonian’s National Museum of American History will add a mid-19th-century oil painting of Mrs. Alexander Hamilton (Elizabeth or Eliza) by Daniel P. Huntington from Graham Windham and an 18th-century style green silk suit worn by Lin-Manuel Miranda in Hamilton: An American Musical to the national collections during a special ceremony. These objects are being collected under the umbrella of the museum’s Philanthropy Initiative, which began in 2015 to document the collaborative power of philanthropy and the giving of time, talent and resources.

More than 200 years after Eliza Hamilton and other women established the Orphan Asylum Society of the City of New York, Miranda and actors from the original Broadway cast of Hamilton discovered that the charity was still in existence, serving as a family- and youth-development organization. Actresses Philippa Soo and Morgan Marcell established #TheElizaProject to bring the arts to the Graham Windham children, and the cast and crew also have raised funds. Marcell will debut her short documentary, Sharing Our Stories: The Eliza Project featuring members of the original Broadway cast of Hamilton during the event.

Additional materials such as photographs and pamphlets related to life at Graham Windham between the 1910s and mid 1960s are being donated by Margery Clark, the daughter and granddaughter of two Graham School directors.

“The connection between Eliza Hamilton and the musical Hamilton shows philanthropy’s collaborative power and the American ideals of participation, resourcefulness and shared responsibility that continue to shape a distinctive form of giving in our nation,” said John Gray, the Elizabeth MacMillan Director of the National Museum of American History.

Huntington’s portrait of Hamilton (1757–1854) depicts her as an older woman, one whom 19th-century New Yorkers would have recognized for her role in leading the Orphan Asylum Society, which was founded in 1806. The portrait, 36¼ by 29¾ inches, has hung at the Graham School in Hastings-on-Hudson, N.Y., since the early 1900s. A noted portrait artist, Huntington was a student of Samuel F.B. Morse who invented the telegraph. It is the first artifact related to Eliza Hamilton in the museum’s collection and will allow curators to explore the visual culture of humanitarianism and how charities use art to raise awareness, solicit funds and to communicate values and identity.

Alexander Hamilton is represented in the museum through his portable writing desk among other objects, including a marble bust. The addition of the costume from the musical provides curators with an opportunity to examine the enduring importance of Hamilton in American history. Costume designer Paul Tazewell designed the Hamilton suit, which consists of breeches, a waistcoat and coat as well as a white shirt with ruffled collar and sleeve cuffs, white stockings and black leather shoes. Miranda wore it in performances from 2015 to 2016.

The suit will go on view March 22 in the museum’s “Giving in America” exhibition, which will be updated to tell the story of philanthropy and the arts, and it will become a part of the museum’s entertainment holdings in the division of Culture and the Arts.

“Artists have used their name and their talents to inspire people to give time or money by nurturing their imaginative engagement with charitable role models,” said Amanda B. Moniz, the museum’s David M. Rubenstein Curator of Philanthropy. “I am thrilled we are acquiring artifacts that allow audiences to consider the enduring impact of founding philanthropists and the directions forged by today’s donors.”

Moniz is currently working on a biography of Isabella Graham, a devout immigrant widow and one of the women who co-founded the Orphan Asylum now Graham Windham with Eliza Hamilton, whose work transformed New York City’s charitable institutions in the early 1800s.

The Smithsonian Philanthropy Initiative is made possible through a grant from the Bill and Melinda Gates Foundation and a gift from David M. Rubenstein, co-founder and co-CEO of The Carlyle Group and a member of the Smithsonian Board of Regents. The funding makes possible the long-term exhibition, oral histories, collecting and display of artifacts related to the history of philanthropy and the endowed curatorial position. It also supports programming, including the third annual “The Power of Giving: Philanthropy’s Impact on American Life” symposium set for March 22.

Through incomparable collections, rigorous research and dynamic public outreach, the National Museum of American History explores the infinite richness and complexity of American history. It helps people understand the past in order to make sense of the present and shape a more humane future. For more information, visit http://americanhistory.si.edu. The museum is located on Constitution Avenue, between 12th and 14th streets N.W., and is open daily from 10 a.m. to 5:30 p.m. (closed Dec. 25). Admission is free. For Smithsonian information, the public may call (202) 633-1000.