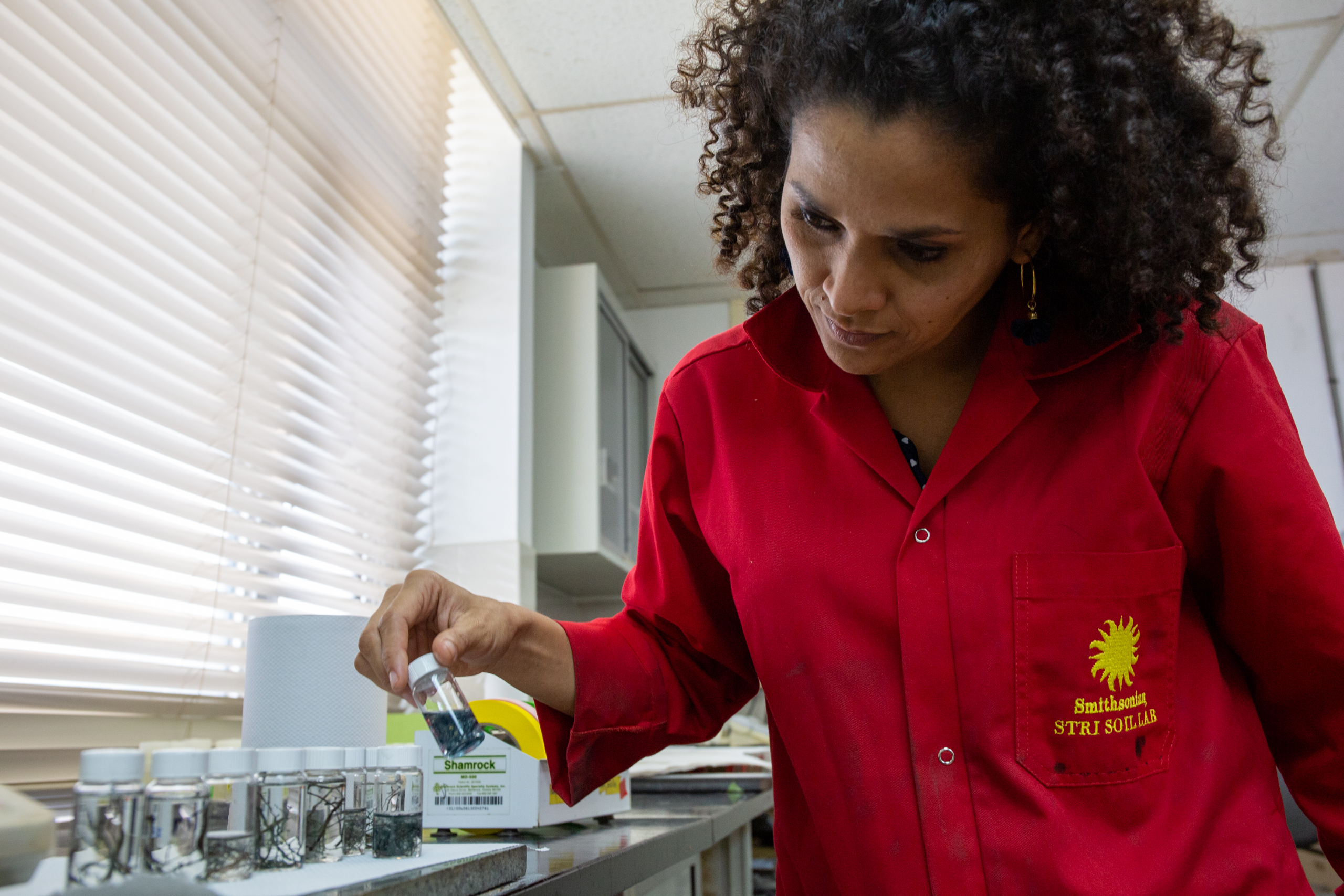 Pac-Man, the open-mouthed face of the most successful arcade game ever, is much more well-known than any of the one-celled organisms called protists, at least among people over 30. But the first study to characterize protists in soils from around the world—co-authored by Smithsonian scientists—found that the most common groups of soil protists behave exactly like Pac-Man: moving through the soil matrix, gobbling up bacteria. Their results are published in Science Advances.

“As part of a bigger project to understand all of the microbes in soil we are characterizing bacteria and fungi, but also a lesser-known, but equally important group called protists,” said Angela Oliverio, former STRI intern and lead author on the paper with professor Noah Fierer and post-doctoral fellow Manuel Delgado-Baquerizo at the University of Colorado, Boulder; staff scientist Ben Turner at the Smithsonian Tropical Research Institute in Panama; researcher Stefan Geisen at the Netherlands Institute of Ecology and professor Fernando Maestre at the Universidad Rey Juan Carlos and the Universidad de Alicante, Spain.

Protists reproduce quickly and are probably much more responsive to climate change than larger forms of life. Like the cartoon character Sheldon Plankton in Spongebob Squarepants, protists are not plants, animals or fungi. They are single-celled organisms but, unlike bacteria, they have a nucleus. They move through water using whip-like flagellae and tiny hairs called cilia. Some of the nastier protists cause sleeping sickness, malaria and red tide, but nearly all play important, if mysterious, roles in the energy- and nutrient-trading relationships that connect ecosystems.

Identifying millions of miniscule protists in soil used to be impossible, but recently-developed technology to classify protists based on their genetic code makes it possible to characterize them on a large scale. The team sequenced the 18S ribosomal RNA studied from soil samples from across six continents to better understand the ecological roles of the protists in the below-ground ecosystem.

They discovered that most of the protists are the Pac-Man type that consume other, smaller organisms. But in tropical soils, a larger number of protists were parasites, living inside other organisms. In desert soils, there were more protists capable of photosynthesizing and using sunlight directly as an energy source. The best predictor of what types of protists exist in a sample is the annual precipitation at the site. This may seem intuitive because protists depend on water to move, but it was a surprise, since soil acidity, rather than precipitation, is what usually predicts which bacteria and fungi are in soil.

“Soils are home to an astonishing diversity of organisms, the lives of which we are only beginning to understand,” said Ben Turner, STRI staff scientist and co-author of the study. “Soil protists are an understudied group, so this work provides a foundation for future research on their ecology in ecosystems worldwide.”

Funding from this study was provided by the Simons Foundation, STRI, a U.S. National Science Foundation Graduate Research Fellowship, a Graduate Fellowship from the Cooperative Institute for Research in Environmental Sciences at the University of Colorado Boulder, the Netherlands Organisation for Scientific Research, the Marie Sklodowska-Curie Actions of the Horizon 2020 Framework Programme and the European Research Council.