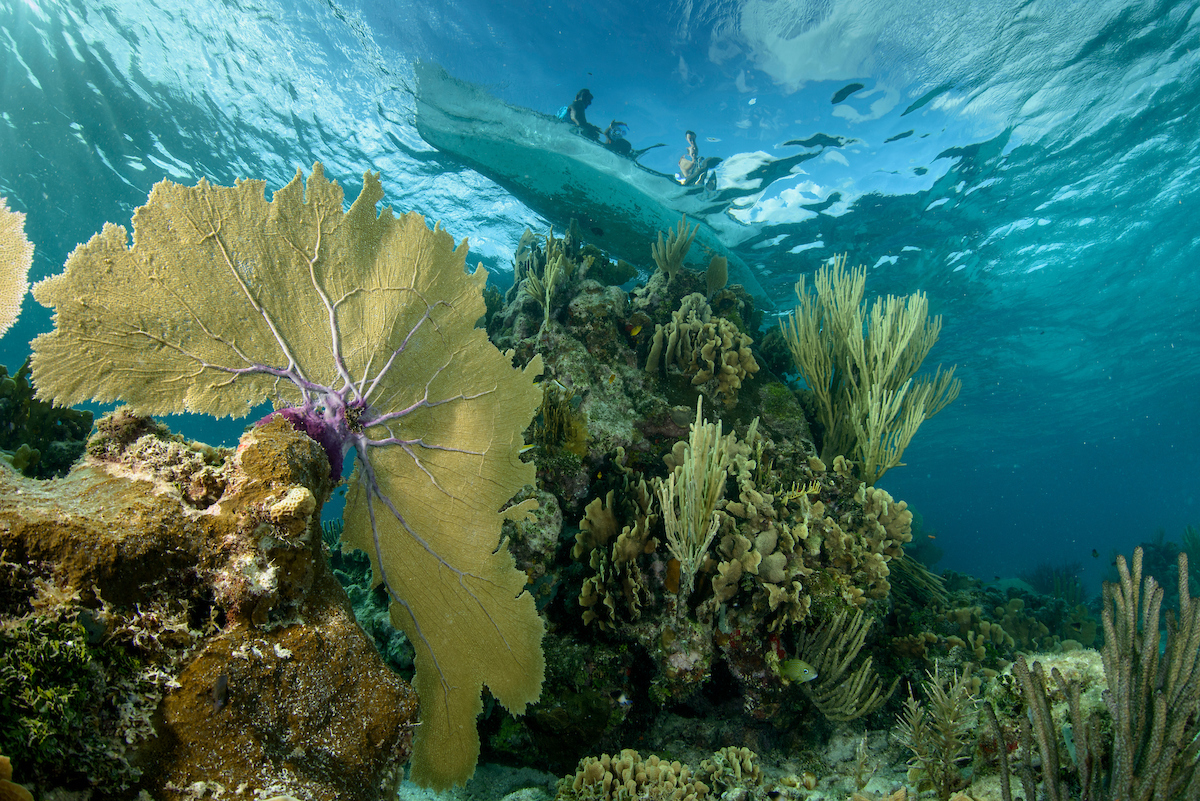 A simple body-shape analysis can reveal what part of the ocean a fish came from, according to a new study from Smithsonian scientists working to develop better tools for managing small-scale fisheries. The researchers found that body-shape analysis reliably discriminated between yellowtail snapper caught at Caribbean fishing grounds just 5 kilometers apart—and it did so more accurately than two more costly and technology-intensive techniques.

The research, published July 25 in the Journal of Applied Ecology, was led by Steven Canty, program coordinator for the Marine Conservation Program at the Smithsonian’s National Museum for Natural History and researcher with Manchester Metropolitan University. It was conducted in collaboration with scientists at Stanford University, Manchester Metropolitan University, the British Geological Survey and Rare Inc., a conservation organization in Arlington, Virginia.

Small-scale fisheries feed and employ millions of people around the world. Individually, these fisheries remove modest amounts of fish from the ocean, and they are not usually as closely managed as industrial vessels. Cumulatively, however, their impact on the oceans is profound. In 2010, for example, artisanal fisheries in Honduras caught nearly 10,000 metric tons of fish—more than twice the catch of industrial fleets in the same country.

Careful management is crucial to ensure small-scale fisheries remain sustainable for both the health of the oceans and the communities they economically support. However, their wide distribution and diverse nature have made it difficult to track their catches.

“We really need to start including small-scale fisheries into management,” Canty said. “A big part of that is knowing where your fish has come from. If you don’t know that, how do you know how productive one bank is, especially over time or over seasons?” Such data is needed to understand the importance of different fishing grounds to local communities and to identify overfished areas that need time to recover.

Seeking a practical tool that could be easily implemented even where resources are limited, Canty and his colleagues assessed three different methods for identifying the geographic origins of fish. They focused their study on yellowtail snapper, an economically important species for Caribbean fisheries, and gathered samples from three fisheries located off the coast of Honduras, between 5 and 60 kilometers apart.

The body shape, or morphometric, analysis was the simplest, cheapest and most accessible method included in their study. For every fish, researchers measured the distance between various anatomical landmarks—making 21 measurements in all—and compared these to the overall length of the fish. Because a fish’s shape is influenced by the conditions in which it lives, such as ocean depth, currents and diet, this method detected subtle differences in body shape between yellowtail snapper caught at each of the three locations. The team was able to use the method to correctly identify the origins of about 80 percent of the fish in their test sample.

The team also investigated how well they could identify a fish’s origins using genetic and chemical tests—in the first case, analyzing the DNA at 15 different genetic markers, and in the second, analyzing the composition of fish ear stones, known as otoliths, that absorb elements from the surrounding water. But these methods were not only more time-consuming, technically demanding and costly, they were less accurate.

The outcome was encouraging, because there are few barriers to implementing morphometric analysis in small-scale fisheries. “You can train anyone to do it,” Canty said. “You take a pair of calipers, record measurements and give the fish back to the fisher. They can then sell it, and you can tell where that fish was caught from.”

The Smithsonian team and their collaborators are now working with fishers throughout Honduras and Belize to collect body-shape data on yellow snapper from additional fishing grounds. Their hope is that fisheries managers can begin to apply what they have learned sometime next year. Eventually, with further data collection and testing, morphometric analysis could be a useful tool for tracing the origins of many different fish species, Canty said.

Funding for this study was provided by the European Union 7th Framework Programme, the Summit Foundation and the University of Manchester Sustainable Consumption Institute.

Note to editors: Multimedia, including photos, can be found via Dropbox (password: fishery).