The Power of Touch: Sex-changing Snails Switch Sooner When Together 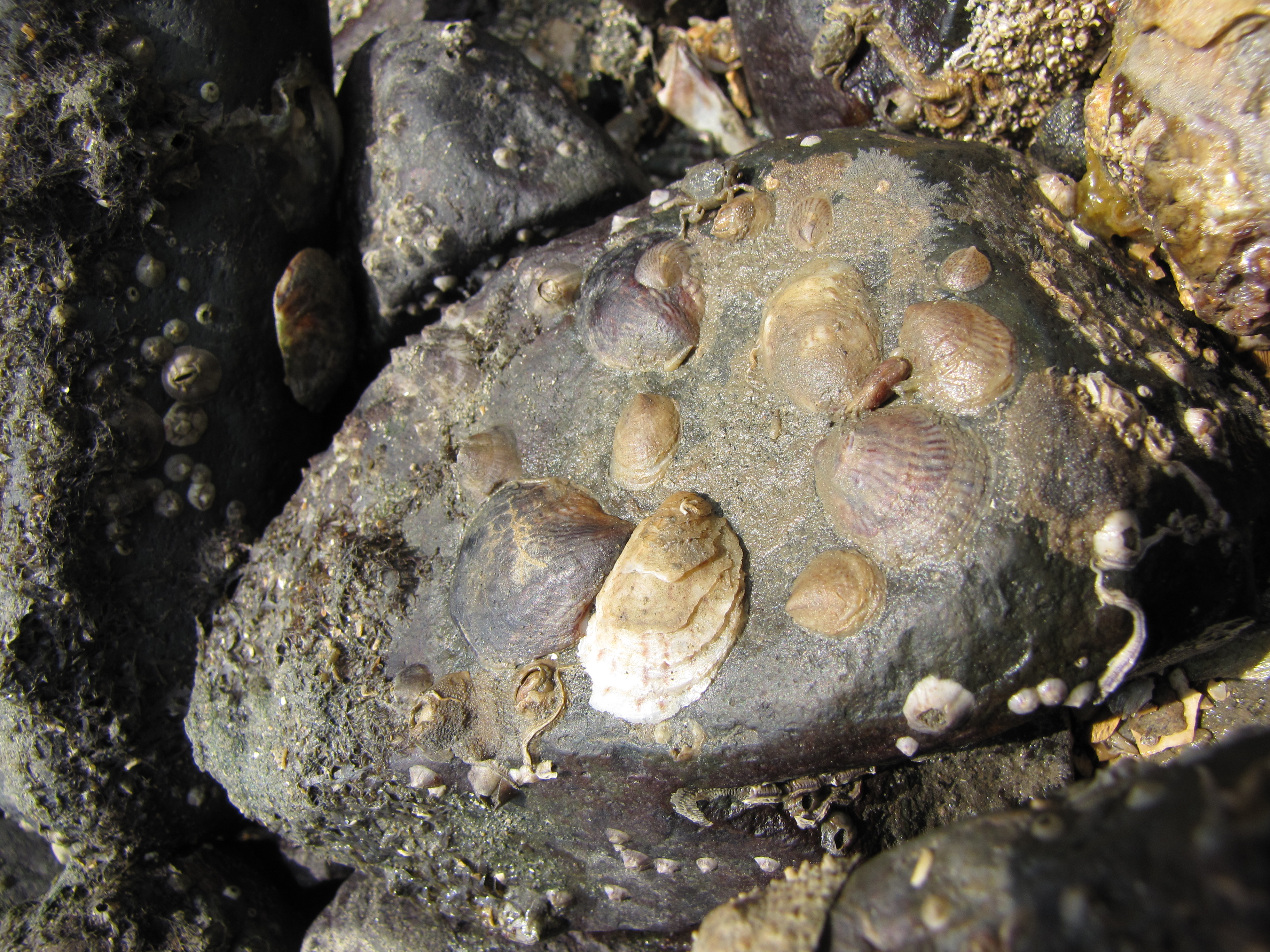 Many animals change sex at some point in their lives, often after reaching a certain size. A type of snail called slipper limpet begins life as a male, and becomes female as it grows. A new Smithsonian study shows that when two males are kept together and can touch one another, the larger one changes to female sooner, and the smaller one later. Contact, rather than chemicals released into the water, is necessary for the effect.

“I was blown away by this result,” said co-author Rachel Collin, staff scientist at the Smithsonian Tropical Research Institute (STRI) in Panama. “I fully expected that the snails would use waterborne cues to see their world.”

The article, co-authored by former STRI intern Allan Carrillo-Baltodano, now a pre-doctoral student at Clark University, was published in The Biological Bulletin.

Tropical slipper limpets, Crepidula cf. marginalis, live under rocks in intertidal areas along the shore, obtaining food by filtering plankton and other particles from the water. Their thin, flattened shells have a built-in shelf. When flipped over, they resemble men’s house slippers. Often found in clusters, they occur alone or as pairs or trios consisting of a large female with one or two smaller males riding piggyback on her shell.

A male limpet has a relatively enormous penis—sometimes as long as his entire body—which rather incongruously emerges from the right side of his head. This elongated apparatus is necessary to extend around and under the female’s shell in order to reach her genital opening. When a snail changes sex, the penis gradually shrinks and then disappears at the same time that female organs develop. It is thought that this kind of sex change is advantageous because large animals are able to produce larger numbers of eggs as females, while small males can still produce plenty of sperm (which require much less energy to make than eggs).

In experiments, two males differing slightly in size were kept in small cups containing seawater. In some cups they were allowed to be in contact with one another, while in others a mesh barrier kept them apart while allowing water to pass through. The larger snails in the pairs in direct contact with their partners grew more quickly and changed into females sooner than those kept apart. Conversely, the smaller member of a pair that was in contact delayed sex change compared to ones separated by mesh.

In sex-changing coral-reef fishes, visual, behavioral and chemical cues may all influence switching by individuals that associate with each other. Slipper limpets, which are sedentary and have poor vision, were initially expected to depend more on waterborne chemical cues, already known to affect other aspects of their behavior. Surprisingly, slipper limpets turned out to be like fishes in showing a greater response to behavioral interactions or perhaps contact-based chemical cues, than waterborne signals.

“Slipper snails don’t move around much, so you don’t really think of them having complex reactions to each other,” Collin said. “But this study shows that there is more going on there than we thought.”