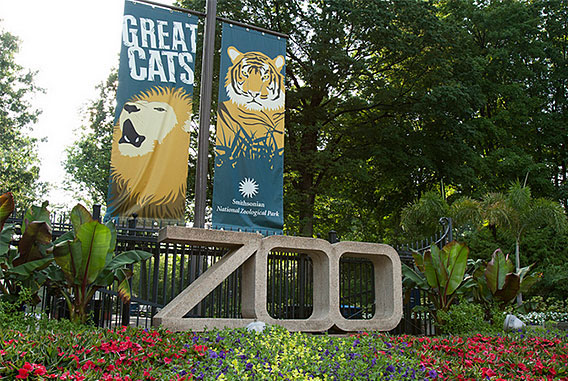 A new naked mole-rat exhibit featuring a colony of 17 of the “nude” rodents at the Small Mammal House will open Sept 1. Included as part of the exhibit is a brand-new high-definition color webcam that will give virtual visitors a closer look at the hairless burrowing animals in their new home. The 24-hours-a-day Naked Mole-rat Cam will launch Aug. 31, the day before the exhibit officially opens to the public, giving internet viewers the chance to see the naked truth of the colony’s activities. The exhibit was made possible by the public’s donations to the Friends of the National Zoo’s 2017 annual appeal.

“Naked mole-rats are endlessly fascinating,” said Kenton Kerns, assistant curator of Small Mammals. “This new dream home draws visitors into the literal underground life of this species and lets them see how a colony functions.”

The new habitat features approximately 25 feet of tunnels where the mole-rats will patrol, eat, sleep and spend all of their time. It was specially designed to allow visitors to see natural behaviors for the species and to provide a behind-the-scenes glimpse of how they are cared for at the Zoo.

The new naturalistic burrow system mimics tunnels naked mole-rats would excavate in the wild and winds through the habitat horizontally and vertically—giving the naked mole-rats the opportunity to climb. The tunnels connect 16 chambers, and the colony will naturally designate specific chambers for different functions such as nesting, feeding and, toilet areas.

The other side of the habitat will show how the Zoo mimics the very specific conditions naked mole-rats require to thrive. Visitors will see the heater and humidifier that maintains the habitat between 80 and 90 degrees Fahrenheit with 40 to 70 percent humidity. The tunnels on the behind-the-scenes side of the exhibit are clear, making it easy for visitors to see how the nearly blind naked mole- rats navigate through their burrows, relying on their sense of smell, whiskers and sensitivity to vibrations.

Visitors will also be able to see how keepers tell the naked mole-rats apart. With the exception of the queen, the members of a colony do not have many unique physical characteristics to help keepers identify them. All of the naked mole-rats are relatively similar in size with pinkish skin and large incisors. When keepers need to identify an animal, they use a chip reader to scan a chip inserted under an animal’s skin. A chip reader built into the tunnel system will display information on a screen outside the habitat about each naked mole-rat as he or she passes through it. The animal’s identification number on the chip, date of birth and sex will appear on the screen. When naked mole-rats are not passing through the chip reader, the screen will display interesting facts about the animals, such as: they use their incisors to dig their tunnels, they rarely get cancer and they huddle together for warmth because they are essentially cold-blooded mammals unable to regulate their own body temperatures.

Naked mole-rats live in large colonies with a queen, who is the only breeding female. They are only one of two mammalian species that are eusocial, or live in a colony. All of the other members of the colony are workers. The social structure is unusual for a mammal species. Keepers hope the new colony will become a breeding colony. The relatively young colony has yet to select a queen, but one female is larger than the others and keepers expect that she will emerge as the queen as the naked mole-rats settle into their new home. After a queen has been selected, she will breed and birth offspring. Any offspring born would be on exhibit and would eventually be visible on the webcam. The last time naked mole-rats were born at the Zoo was in 1996.

“There is plenty of space and opportunity for this colony to grow,” said Steve Sarro, curator of Small Mammals. “And we’re hoping that is exactly what will happen, so if you visit several times you’ll be able to see the colony change over time.”

Naked mole-rats are native to eastern Africa and are listed as a species of “least concern” by the International Union for Conservation of Nature. Their burrows and tunnel systems are found in grassy and semi-arid regions in Ethiopia, Somalia, Kenya and Dijbouti.