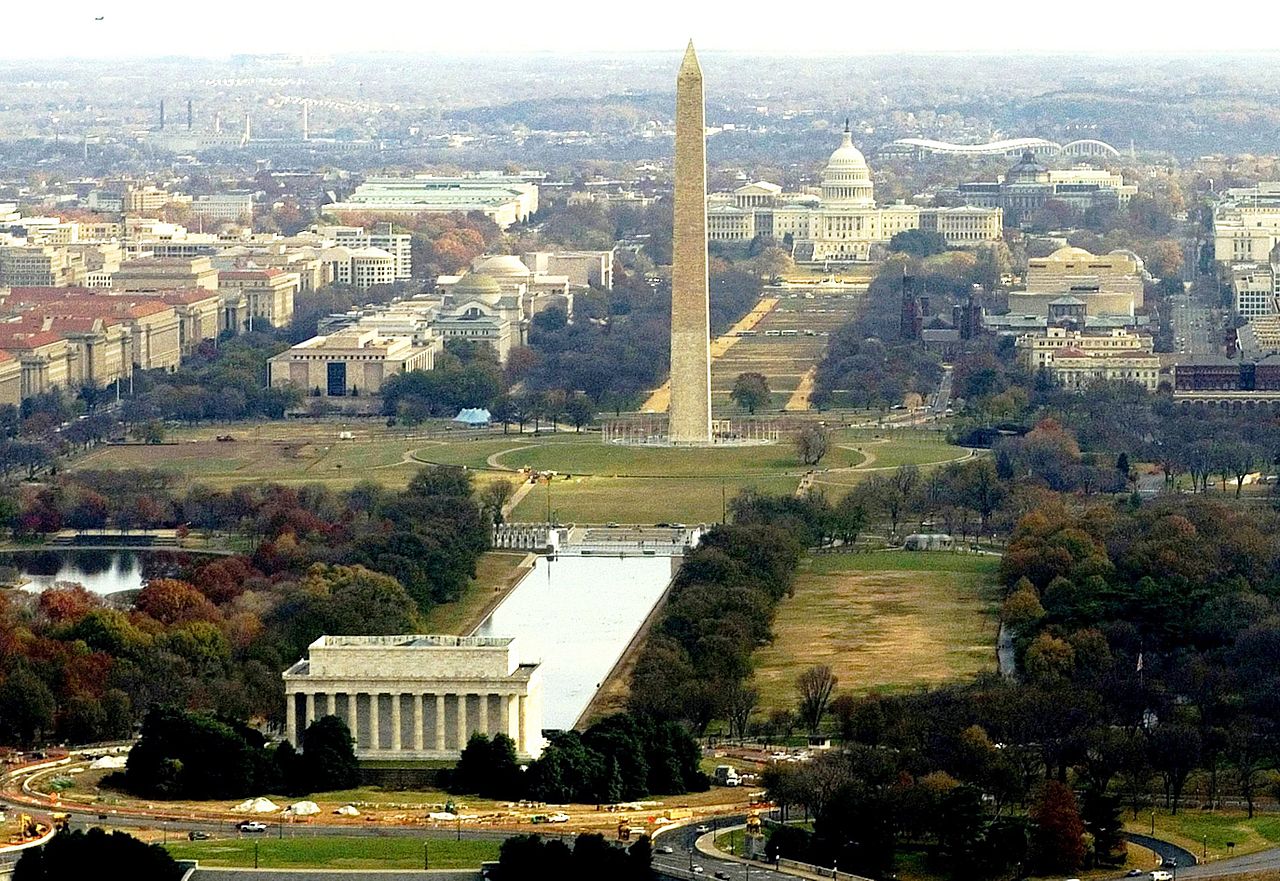 The Smithsonian’s National Portrait Gallery has commissioned a grand landscape portrait from Cuban American urban artist, Jorge Rodríguez-Gerada, to be placed temporarily on the National Mall in October.

For the work titled “Out of Many, One,” the English translation of E pluribus unum, Rodríguez-Gerada will use several images of people photographed in Washington, D.C., to create a composite portrait that will not only be an interactive walk-through experience for visitors but will also be viewable from the newly reopened Washington Monument and from space. The work will be placed on a 10-acre site and stretch across 6 acres of land midway between the World War II and Lincoln memorials along the south side of the Reflecting Pool.

“Jorge Rodriguez-Gerada’s work demonstrates that the art of portraiture knows no boundaries,” said Kim Sajet, director of the Portrait Gallery. “Who we are, how we perceive others, those we recognize and those we place in high esteem constantly shifts over time. Portraits and the people they represent can be as big as we are willing to imagine.”

Once the portrait is completed, Rodríguez-Gerada will create an etching design using parallel lines that will be projected by a satellite and read by GPS topography poles on the ground. The image is created using different colors of dirt and sand. The topography poles allow the artist to place the large-scale image at the location with high resolution and precision.

“This portrait, a stunning compilation of American faces, reflects the unique composition of the National Mall’s 29 million annual visitors and honors the legacy of diversity that has made this park—and our country—so great,” said Caroline Cunningham, president of the Trust for the National Mall.

The installation will begin in September and be completed by the end of the month. The project will require approximately 2,000 tons of sand, 800 tons of soil, 10,000 wooden pegs and miles of string. At the conclusion of the temporary exhibition, the high-quality sand and dirt will be tilled back into the soil to help the National Park Service as they move forward with the next phase of turf restoration on the National Mall. The sand-soil composition will leave the grounds in better condition than when the project began.

“‘Out of Many, One’ reflects what the National Mall stands for—democracy, diversity and freedom of expression,” said National Mall and Memorial Parks Superintendent Bob Vogel. “It will provide visitors with a unique national park experience and, in keeping with our mission, will improve the soil for better turf in the future. These benefits would not be possible without this unique partnership.”

Rodríguez-Gerada, born in Cuba and raised in New Jersey since the age of 3, has worked in this style of urban portraiture since 2002. His art aims to create a dialogue about the concept of identity, and it questions the role models who are chosen to represent people in the public sphere. These works have no negative environmental impact and are created to poetically blend back into the land.

All of Rodríguez-Gerada’s large-scale “facescapes” can be seen from space and are part of his TERRESTRIAL series; this is the first placed in the United States. Others have been created in Barcelona, Spain; Amsterdam; and Belfast, Northern Ireland.

The work will come together in large part due to a group of in-kind donors, including Clark Construction, Chaney Enterprises, The Bulldog Group, Alvin Hatcher Group and Topcon, with consulting assistance from Terry Stancill.

The National Portrait Gallery presents “Out of Many, One,” by Rodríguez-Gerada in partnership with the Trust for the National Mall and the National Park Service.