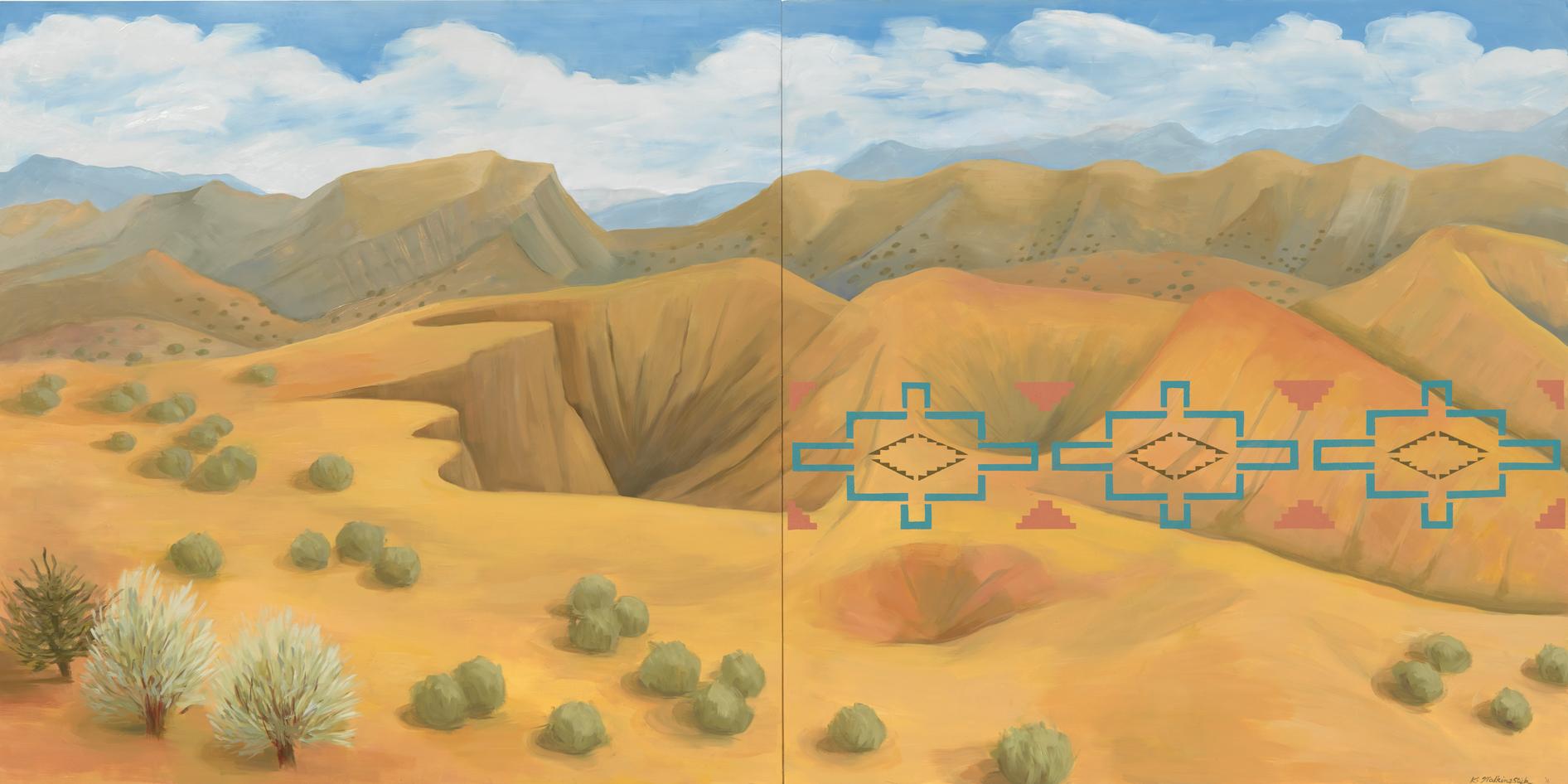 For nearly five decades, Kay WalkingStick (Cherokee, b. 1935) has charted an artistic career that is not bound by singular definition. While her early work with Native themes celebrate heroic American Indian leaders with stately, abstract compositions and her more recent heroically scaled paintings recast American landscapes as Native places, WalkingStick’s artistic persona originates from roots in the New York art world of the 1960s and 1970s and her immersion in considerations of abstraction, minimalism and feminist art. “Kay WalkingStick: An American Artist” is the first major retrospective of WalkingStick’s work, including more than 75 works that trace her dynamic career from the 1970s to the present.

The exhibition will be on view from Nov. 7 through Sept. 18, 2016, in the National Museum of the American Indian’s third-floor gallery. The American Federation of the Arts will tour the exhibition to the Dayton Art Institute in Dayton, Ohio (Feb. 9, 2017–May 7, 2017), Montclair Art Museum in Montclair, N.J. (Feb. 3, 2018–June 17, 2018) and two additional venues in 2017. “Kay WalkingStick: An American Artist” is co-curated by Kathleen Ash-Milby (Navajo), associate curator, and David Penney, associate director for museum scholarship. It features both well-known works, such as WalkingStick’s “Chief Joseph” series and hallmark diptychs, as well as never-before-seen works, richly illustrated sketchbooks from the artist’s personal collection and a gallery film featuring the artist discussing her work and process. A press preview will be held Monday, Nov. 2.

“For her entire career, Kay WalkingStick has been rewriting the narrative about Native peoples through her artwork, which has defied categorization,” said Kevin Gover (Pawnee), director of the National Museum of the American Indian. “These seeming contradictions and complexity are part of being an American Indian today, and what makes her an American artist. Our nation itself is built upon diversity of culture and expression. WalkingStick’s background and art reflect this same richness and diversity.”

The organization of the exhibition is chronological and features five major sections: “The Sensual Body,” “Material and Meaning, “Two Views: Diptychs,” “Italian Romance” and “Landscape: The Power of Native Place.” WalkingStick’s career progressed from an early focus on feminism and minimalism to spiritual explorations of landscapes through use of abstraction. Beginning in the 1980s, she began to more directly confront Native identity, both personal and within national histories, a practice that is still reflected in the artist’s most recent paintings. After several semesters teaching and living in Italy spread over 17 years as a professor at Cornell University, the influence of Italian art and environment is also prevalent in many of her later works.

“Kay WalkingStick is arguably one of the most important American painters working today,” said Penney. “But her resistance to a narrow program and insistence on defying categorization makes her enormous accomplishment less subject to summary and generalization.”

“Even avid followers of WalkingStick’s work will be surprised at the depth and breadth of her art practice,” said Ash-Milby.

WalkingStick’s biography is inextricably intertwined with her art. The exhibition examines key moments of her life, which further illuminate the artist’s methods and motivations. Her entrance into the male-dominated New York art scene in the late 1960s and early 1970s, with her exhibition of vivid, playful explorations of the body, set the pace for a career of innovation and unique expression, breaking down barriers for both women and American Indian artists. Although her family moved from the Cherokee Nation to New York state before she was born, her exploration of Native history and her own identity is underscored in later evolutions of her work that focus on landscapes of the American West—a journey that continues to unfold.

The museum will hold a free symposium in honor of WalkingStick, titled “Seizing the Sky: Redefining American Art,” Thursday, Nov. 5, from 1 to 5:30 p.m. in the museum’s Rasmussen Theater. It features a diverse roster of nine scholars, artists and curators, including Cornell University’s Jolene Rickard, the renowned artist Robert Houle (Saulteaux) and Lisa Roberts Seppi of State University of New York in Oswego. The program celebrates the artist and uses her groundbreaking work as a launch­ing point for a fresh perspective and dialogue about contemporary American art and how other Native artists are redefining it.

Kay WalkingStick: An American Artist, features more than 200 of WalkingStick’s most notable paintings, drawings, small sculptures and sketchbooks—as well as the diptychs for which she is best known. In this first comprehensive catalog of her artistic career, WalkingStick’s fascinating and complex biography is finally captured in vivid relation to her artwork, a life story that has only been glimpsed before in disparate pieces. The biographical timeline and extensive bibliography make this an outstanding resource. The catalog is edited by Ash-Milby and Penney, with a forward by Gover; major essays by Ash-Milby, Penney, Kate Morris, Margaret Archuleta (Tewa/Hispanic), Seppi, Lucy Lippard; and contributions by Jessica Horton, Houle, Miles Miller (Yakama/Nez Perce), Judith Ostrowitz, Erica WalkingStick Echols Lowry (Cherokee) and WalkingStick, herself. On-sale date: November 2015. Price: $50/Pages: 208. ISBN: 978-1-58834-510-3. Smithsonian Books. Available in bookstores, online retailers, including www.SmithsonianStore.com, or by phone at 1-800-242-6624.

For additional information about the National Museum of the American Indian, visit www.AmericanIndian.si.edu. Follow the museum via social media on Facebook, Twitter (@SmithsonianNMAI) and Instagram (@Smithsonian_NMAI). Join the conversation using the hashtags #KayWalkingStick and #KWSAmericanArtist.

About the American Federation of the Arts 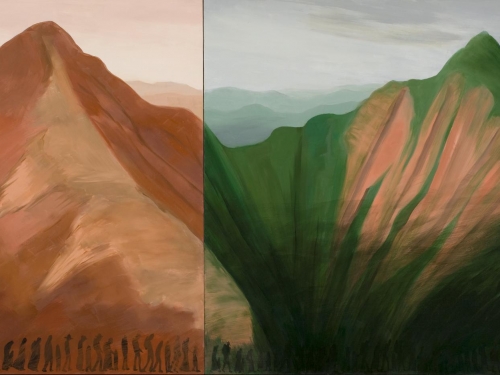