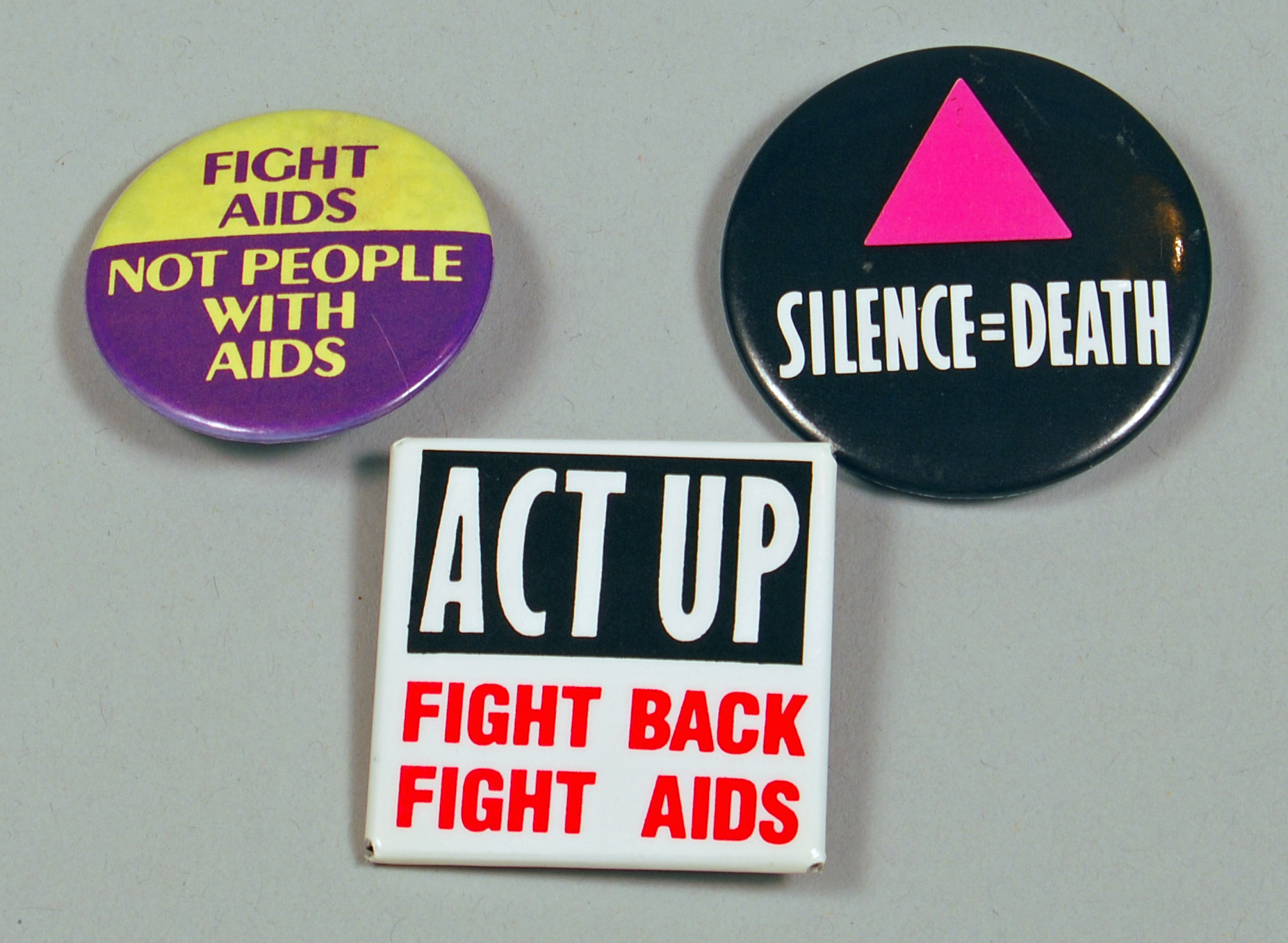 The Smithsonian’s National Museum of American History will mark the 30th anniversary of the emergence of what became known as the HIV and AIDS epidemic with a three-part display and website beginning June 3.

“HIV and AIDS Thirty Years Ago” will look at the public health, scientific and political responses in the early phase (1981-87) of the global pandemic. This showcase will be located in the museum’s “Science in American Life” exhibition, which focuses on the connections among science, culture and society in American history. The display will feature photographs, magazine covers and other graphics plus equipment that Dr. Jay Levy used to isolate the virus in his lab at the University of California, San Francisco, a copy of the Surgeon General’s 1986 report presenting the government’s position, samples of the drugs AZT and Retrovir and public health information pamphlets from AIDS service organizations. The website will be available at americanhistory.si.edu/hivaids.

In “Archiving the History of an Epidemic: HIV and AIDS, 1985-2009,” the museum’s Archives Center will show how individuals and society were affected by the epidemic through a selection of archival materials from its collections, including posters for the 1993 movie Philadelphia with Tom Hanks and Denzel Washington and the 1989 film Longtime Companion; brochures, photographs and other popular culture materials; and quotes from oral histories of people affected by the epidemic.

The museum will also display a panel from the AIDS Memorial Quilt of the Names Project Foundation, honoring Roger Lyon, who died of complications from AIDS in 1984 shortly after testifying before Congress to appeal for funding to combat the growing epidemic. The quilt will be on view in the first-floor Artifacts Wall.

“The early years of the HIV and AIDS epidemic was a time in our history that affected all Americans,” said Brent D. Glass, the director of the museum. “This display will help visitors understand the scientific mystery, the public health crisis and the political debates created by the epidemic and why these events gripped America 30 years ago.”

Other related displays marked the 25th and 40th anniversary of the 1969 Stonewall riots in New York City, generally associated with the beginnings of the gay rights movement in the U.S., and the10th anniversary of the AIDS Memorial Quilt. The museum’s collections of some   3 million objects includes a selection of gay civil rights activist Frank Kameny’s protest signs and materials relating to the military’s Don’t Ask, Don’t Tell policy.

The National Museum of American History preserves American heritage in the areas of social, political, cultural, scientific and military history. Visitor information is available at http://americanhistory.si.edu or by calling (202) 633-1000, (202) 633-5285 (TTY).