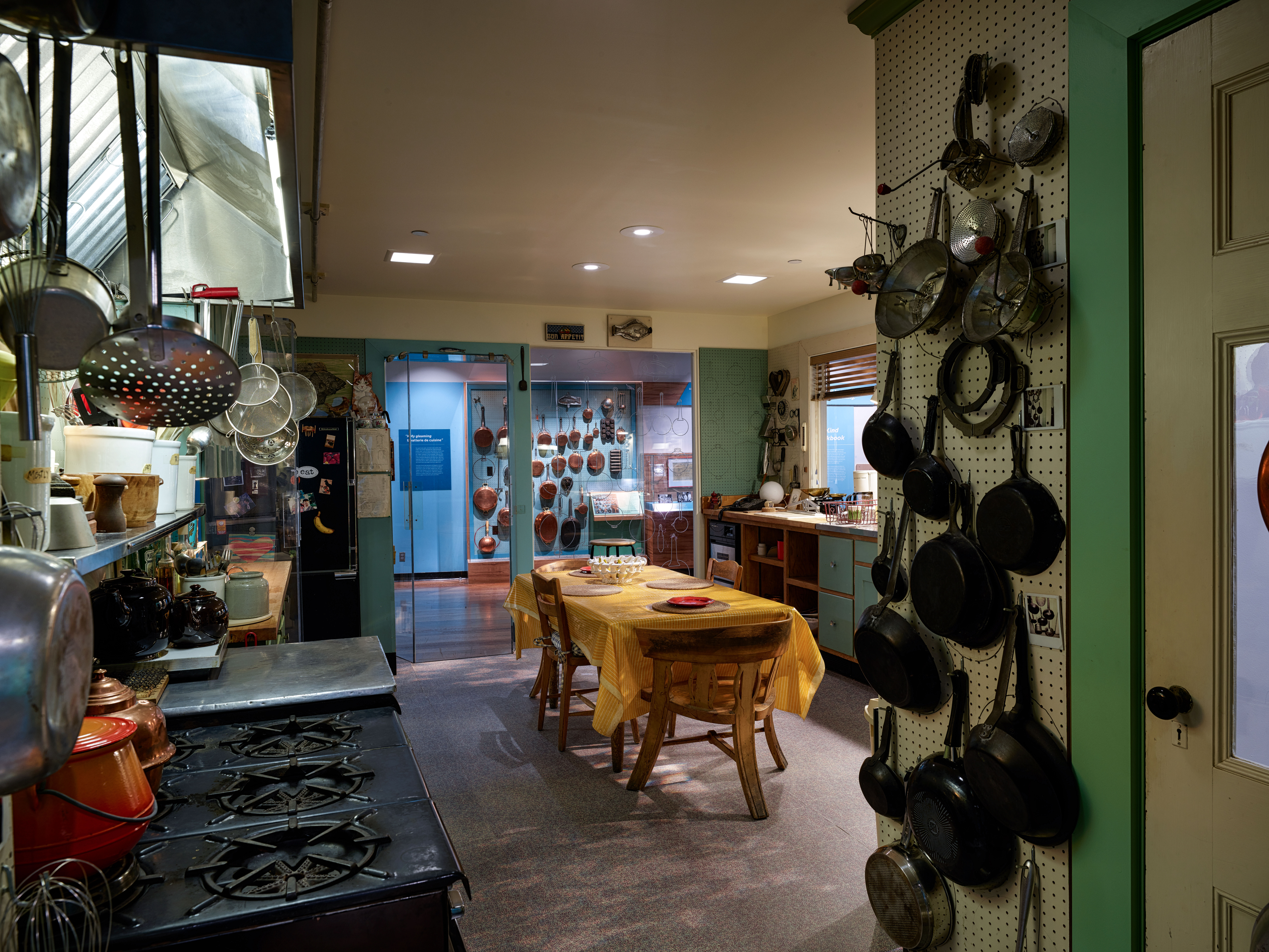 The Smithsonian’s National Museum of American History will commemorate the 2001 acquisition of Julia Child’s Kitchen with a series of virtual food history offerings in November. Toni Tipton-Martin, editor-in-chief of Cook’s Country magazine and noted food author, will headline the events beginning Nov. 4 when The Julia Child Foundation for Gastronomy and the Culinary Arts will present her with their annual award. On Nov. 12, Tipton-Martin will host a virtual salon. Both events will feature trailblazing women discussing the importance of recovering and sharing food histories that have been ignored and overlooked for too long.

The museum collected Child’s kitchen as part of its American Food History Project, which the public may explore in depth. While this year’s events are virtual, Washington, D.C., audiences and visitors can view the kitchen in the museum’s “Food: Transforming the American Table” exhibition.

“Twenty years ago, Julia Child entrusted the museum with her beloved home kitchen where she cooked with friends and family in her inimitable style and to which she welcomed viewers as it was the setting for her last three television programs,” said Anthea M. Hartig, the museum’s Elizabeth MacMillan Director. “As the nation’s history museum, we would like to repay this trust by carrying on Child’s legacy through an exploration and sharing of American foodways and the long interplay between food history and the nation’s past and present.”

The events kick off Nov. 4 with the virtual presentation of the Julia Child Award to Tipton-Martin. Bestowed upon an individual who has made a significant impact on the way America cooks, eats and drinks, the annual award is being presented to Tipton-Martin who was selected as the seventh recipient by an independent jury. Hartig will host the program, which will feature a welcome from Smithsonian Secretary Lonnie G. Bunch III; the award presentation by Tiffanie Barriere, mixologist, entrepreneur and educator; and remarks by the chairman of the foundation, Eric. W. Spivey. Special guests Ruth Reichl, American chef, food writer, TV host and producer; Nathalie Dupree, author, chef and cooking show host; Ronnie Lundy, author, editor and founding member of the Southern Foodways Alliance; and Jamila Robinson, the food editor of the Philadelphia Inquirer, will discuss how Tipton-Martin’s work, drive and mentorship reflects and extends Child’s legacy. The award presentation will debut on the museum’s YouTube channel at 8 p.m. ET.

Throughout her career, Tipton-Martin has collected and researched African American cookbooks, amassing a collection that served as the foundation for her award-winning 2015 book, The Jemima Code: Two Centuries of African American Cookbooks. Her 2020 book, Jubilee: Recipes from Two Centuries of African American Cooking, builds on and reveals the largely unrecognized diversity of Black culinary contributions. Tipton-Martin will donate two important historic books to the museum’s collection: A Domestic Cookbook: Containing a Careful Selection of Useful Receipts for the Kitchen by Malinda Russell (1866) and Cleora’s Kitchens: The Memoir of a Cook & Eight Decades of Great American Food by Cleora Butler (1986).

On Nov. 12, Tipton-Martin will host a virtual salon featuring a panel of trailblazing women in a conversation about the importance of research and documentation in recovering historical food history narratives. Salon participants include award-winning journalist and author A’Lelia Bundles, who will offer new perspectives on her great-great-grandmother, Madam C.J. Walker, the noted Black entrepreneur, philanthropist and activist. Bundles’ research in the Madam Walker Family Archives is providing a new understanding of Walker’s intellectual salons, which she hosted in her Manhattan townhouse during the Harlem Renaissance. Honoring the tradition of Walker’s salons, the event will continue with Padma Lakshmi, New York Times best-selling author, host and executive producer, and Sandra Gutierrez, journalist, food historian and cookbook author. At the heart of this event lies a message about the role women play as keepers of their communities’ histories and the critical role of women in networking and in mentoring future generations.

This program will be pre-recorded and released on the museum’s YouTube channel Nov. 12 at noon ET. There is a full listing of programs and information on how to view them.

For a quarter century, the National Museum of American History has stimulated senses and minds through its American Food History Project. Food has become a solid platform and a powerful lens for exploring a wide range of topics, themes and communities in American history. To celebrate the 25th anniversary of one of the major research, collecting and programming initiatives at the museum and ensure continued support, a 25 at 25: Food Fund for the Future initiative has been launched with the goal of raising at least 25 gifts of $25,000 or more. Support has come from Cabot Creamery Co-operative, the Cafaro Foundation, Clark Construction, Al Diaz and Angela Phillips Diaz, Carl Fleischhauer, Johanna Mendelson Forman, The Julia Child Foundation for Gastronomy and the Culinary Arts, Napa Valley Vintners, Joan Nathan and the Gerson family, Potomac Construction, Wegmans Food Markets, Barbara and Warren Winiarski, and an anonymous friend. To learn more about the Food Fund for the Future initiative, the public can visit the museum’s website.

Through incomparable collections, rigorous research and dynamic public outreach, the National Museum of American History seeks to empower people to create a more just and compassionate future by examining, preserving and sharing the complexity of our past. The museum, located on Constitution Avenue N.W., between 12th and 14th streets, is open Friday through Tuesday between 10 a.m. and 5:30 p.m. Admission is free and passes are not required. The doors of the museum are always open online and the virtual museum continues to expand its offerings, including online exhibitions, K–12 educational materials and programs. The public can follow the museum on social media on Twitter, Instagram and Facebook. For more information, go to https://americanhistory.si.edu. For Smithsonian information, the public may call (202) 633-1000.