“The Meade Brothers: Pioneers in American Photography” Exhibition To Open at the National Portrait Gallery June 14 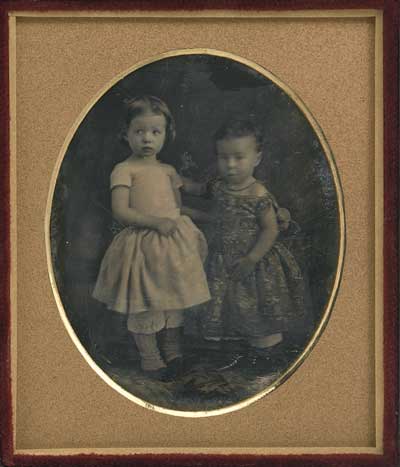 The Meade brothers, along with their contemporaries such as Mathew Brady and Southworth and Hawes, are recognized as leading members of the first generation of American photographers. This exhibition is thought to be the first dedicated solely to their work.

The brothers opened their daguerreian gallery in Albany, N.Y., in 1842, and their business later expanded to other cities. They each traveled to Europe and in 1848, Charles Meade became the first American to photograph Frenchman Louis-Jacques-Mandé Daguerre—the originator of the daguerreotype process. In 1850, the Meade brothers established their flagship American Daguerreotype Gallery on Broadway in New York City, where they photographed such famous subjects as statesman Daniel Webster and entertainer Lola Montez.

This installation will be open in the museum’s gallery dedicated to daguerreotypes June 14 through June 1, 2014.

The Smithsonian’s National Portrait Gallery tells the history of America through the individuals who have shaped its culture. Through the visual arts, performing arts and new media, the Portrait Gallery portrays poets and presidents, visionaries and villains, actors and activists whose lives tell the American story. The National Portrait Gallery, part of the Donald W. Reynolds Center for American Art and Portraiture, is located at Eighth and F streets N.W., Washington, D.C. Smithsonian Information: (202) 633-1000. Website: npg.si.edu.