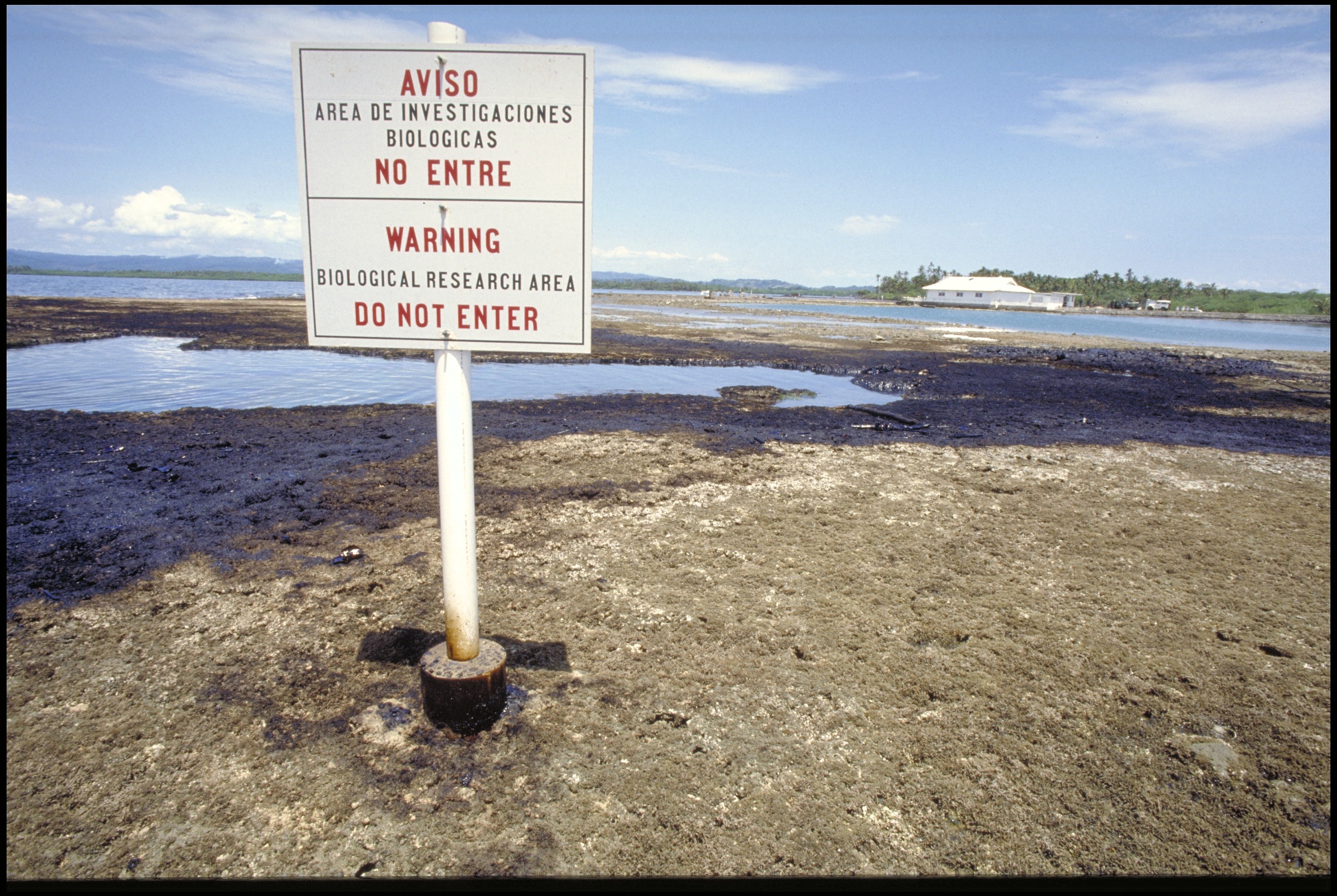 The near-shore habitats of Bahia Las Minas in the central Caribbean coast of Panama became heavily contaminated after a refinery accident in 1986. Over the next five years, there was a significant decline in the numbers and diversity of corals. Thirty years later, researchers from the Smithsonian Tropical Research Institute (STRI) and collaborating institutions report on the long-term changes of the oil spill on coral communities. Their findings were published in the journal Marine Biodiversity.

Oil pollution is known to cause lethal and sublethal responses on coral communities in the short-term, but its long-term effects have not been widely studied. The Bahia Las Minas oil spill, which contaminated about 40 square kilometers (about 15 square miles) near the Smithsonian’s Galeta Point Marine Laboratory in Colon and became the largest recorded near coastal habitats in Panama, served as an opportunity to understand how coral reefs in tropical ecosystems recover from acute contamination over time.

“Monitoring these coral reefs was complex, exhausting and intense due to the large spatial scale of the project,” said Héctor M. Guzmán, STRI marine ecologist. “Originally, we compared the contaminated refinery area with uncontaminated reef systems about 50 kilometers to the east between Portobelo and Isla Grande.”

After the first five years, the team found that the abundance and diversity of most hard corals (Scleractinia), some branching and massive corals, and fire corals (Millepora) had decreased in the affected area. Other organisms, such as crustose coralline algae, an encrusting stony kind of seaweed that grows in the gaps between coral reefs, and Agaricia tenuifolia, a lettuce type of hard coral, had increased.

“Oil residues from the spill on the sediment surface were quickly degraded through natural weathering processes,” said Stefanie Kaiser, a marine biologist at the University of Lodz. “However, a large amount of oil has been trapped in deeper layers where weathering processes are strongly hampered. The chronic effects of this reoccurring oil leaking from sediments could have been by far worse for affected coral communities than the acute effects of the spill.”

A similar phenomenon occurred after the Deepwater Horizon oil spill in the Gulf of Mexico in April 2010, the largest in United States history. Ten years later, high levels of oil pollution continue to be found in organisms inhabiting the seafloor. However, as sea currents stir up these polluted sediments, they also contaminate species living at shallower waters.

Thirty years after the Bahia Las Minas spill, there were no longer any significant differences between the area near the oil refinery and the area the original team used for comparison. Since the mid-1990s, this area was affected by coastal development and deforestation. In both areas, the number and diversity of species had declined and the number of juvenile colonies was low. That is, the younger corals and associated organisms were not enough to regenerate healthy coral communities.

The similarities between both areas had more to do with the sustained deterioration of the Portobelo-Isla Grande coastal area than with an improvement in the conditions of Bahia Las Minas after the oil spill. These effects were related to coastal development and other human-related impacts on the reefs, such as rising sea temperatures, coral diseases, overfishing and aquatic pollution and sedimentation.

“The initial impact on the reef community was clear and somewhat predictable, a gradual recovery and an increase in the more resistant coral species,” Guzmán said. “Nevertheless, we did not expect to see a similar response in our ‘control’ reefs where the long-term impact of coastal development was equal to or greater than the initial oil spill.”

Although the long-term consequences of oil pollution on reef communities could not be determined, scientists worry about the way these external factors are contributing to the deterioration of marine ecosystems in previously healthy areas and preventing recovery in areas affected by oil contamination.

“The coral reefs along Panama’s central Caribbean coast are practically doomed by coastal development,” Guzmán said. “If unplanned development continues on the rise, they may continue to survive, but without any substantial recovery.”