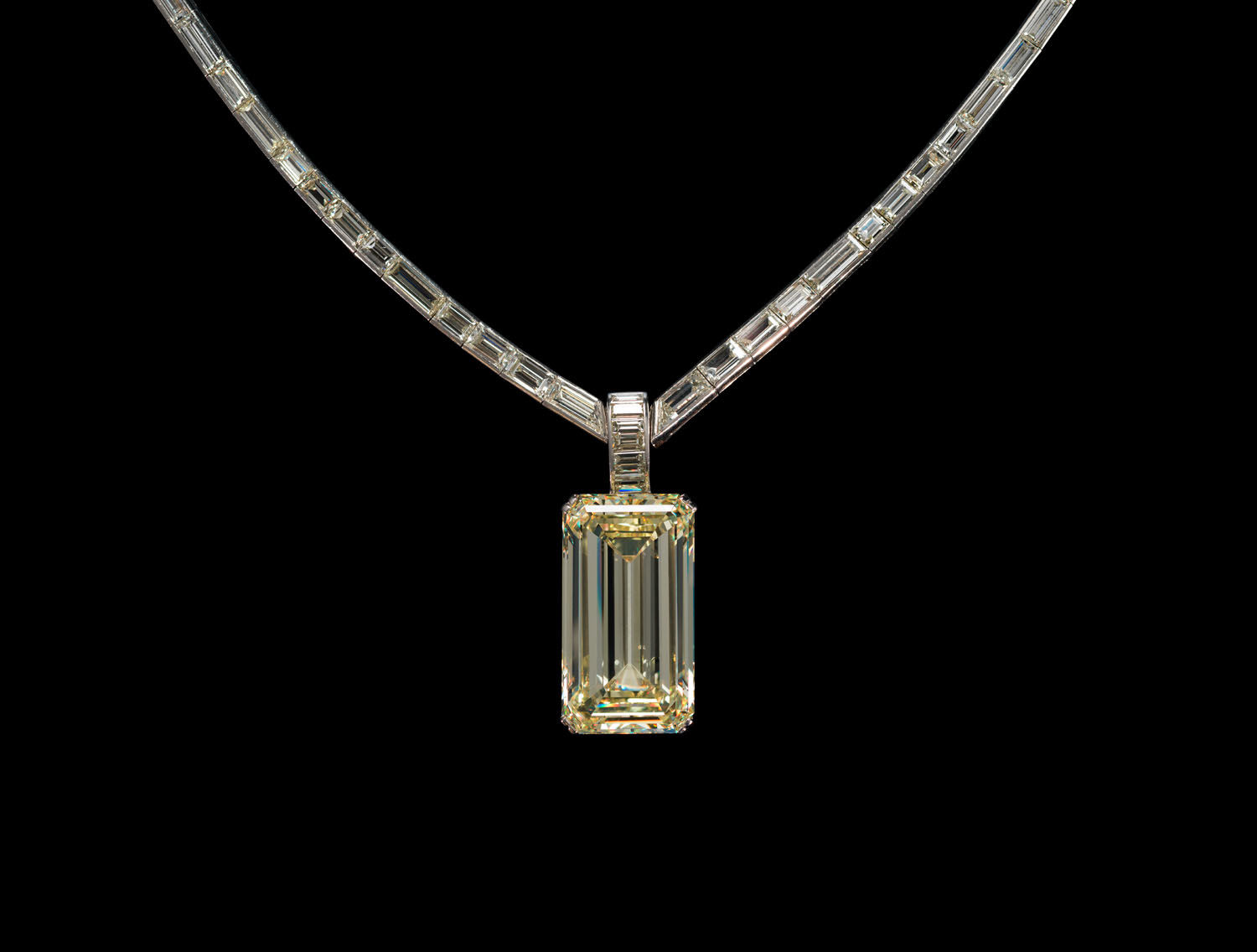 The Smithsonian’s National Museum of Natural History has acquired an extraordinary 55.08-carat fancy yellow diamond for the National Gem Collection. The renowned Kimberley Diamond is now on display in the Janet Annenberg Hooker Hall of Geology, Gems and Minerals, in close proximity to the Hope Diamond. The diamond is a gift from philanthropist Bruce Stuart.

The elongated emerald-cut diamond is from a 490-carat crystal found in the Kimberley mining region of South Africa, circa 1940. Under the ownership of Baumgold Brothers Inc., an American diamond company, it was set into the current platinum necklace and adorned with 80 baguette-cut diamonds that weigh more than 20 carats. From the 1940s through the 1960s, the Kimberley Diamond was one of the most recognizable diamonds in the world, exhibited throughout the country, celebrated in books, magazines and newspapers and featured on episodes of the TV shows It Takes a Thief and Ironside.

The beautiful and historic specimens in the National Gem Collection, including the Hope Diamond, attract millions of visitors to the Janet Annenberg Hooker Hall of Geology, Gems and Minerals every year, making it one of the most popular exhibition halls in the entire Smithsonian. The collection has benefitted significantly from the gifts and support of private individuals.