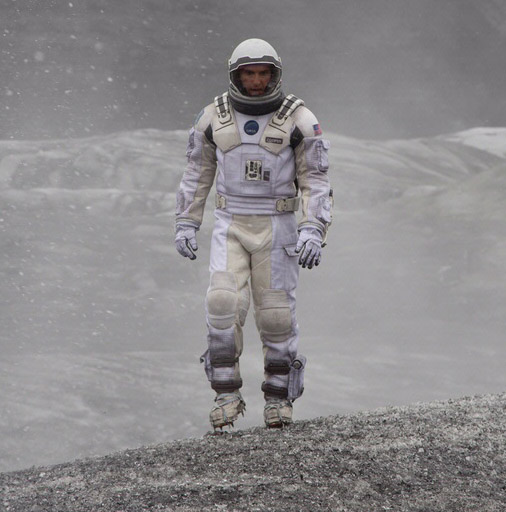 Interstellar will open at the Smithsonian’s National Air and Space Museum IMAX theaters Nov. 5, two days before the film’s national release. The museum’s Steven F. Udvar-Hazy Center in Chantilly, Va., will also host the world-premiere exhibition of the “Ranger” spacecraft from Interstellar, giving visitors a view of the actual spacecraft built for the film. In addition to the “Ranger,” the exhibition will include an immersive Oculus Rift Development Kit 2 (DK2) experience, allowing visitors to interactively explore the film’s “Endurance” spacecraft. The exhibition will be free and open to the public Nov. 6–20. Movie tickets are on sale at www.si.edu/imax.

Smithsonian Theaters are the exclusive sites in the region showing Interstellar in 70 mm IMAX film. Moviegoers can watch the film on six-story screens at the Lockheed Martin IMAX Theater at the National Air and Space Museum in Washington, D.C., and the Airbus IMAX Theater at the Steven F. Udvar-Hazy Center in Chantilly. IMAX 15 perf/70 mm-film projection combines the brightest, clearest images at almost 10 times the resolution of 35 mm film and 100 times the resolution of HDTV, creating the world’s most immersive movie experience. Director Christopher Nolan (Dark Knight trilogy) designed Interstellar for IMAX and captured more than an hour of the film with IMAX cameras. Only in IMAX theaters will these sequences expand vertically to fill the entire IMAX screen and deliver unprecedented crispness, clarity and color.

The “Ranger” spacecraft used in the film will also be on view alongside the Oculus Rift DK2 experience. This is the world debut of this movie exhibition.

Interstellar stars Matthew McConaughey, Anne Hathaway, Jessica Chastain, Bill Irwin, Ellen Burstyn, John Lithgow and Michael Caine. With our time on Earth coming to an end, a team of explorers undertakes the most important mission in human history: traveling beyond this galaxy to discover whether mankind has a future among the stars. Interstellar is directed by Christopher Nolan, written by Jonathan Nolan and Christopher Nolan, and produced by Emma Thomas, Christopher Nolan and Lynda Obst.

The film is rated PG-13, and tickets are now available. The first show is Nov. 4 at 8 p.m. The public can visit any Smithsonian Theaters box office, call (866) 868-7774 or visit www.si.edu/IMAX for information and to purchase tickets up to three weeks in advance.

The Airbus IMAX Theater is located on the main floor of the Steven F. Udvar-Hazy Center at 14390 Air and Space Museum Parkway in Chantilly, Va., near Washington Dulles International Airport.

The Lockheed Martin Theater is located on the main floor of the National Air and Space Museum building on the National Mall in Washington, D.C., which is located at Sixth Street and Independence Avenue S.W. Attendance at both buildings combined exceeded 8 million in 2013, making it the most visited museum in America. The museum’s research, collections, exhibitions and programs focus on aeronautical history, space history and planetary studies. Both buildings are open from 10 a.m. until 5:30 p.m. every day (closed Dec. 25).