How Does an Intersex Bee Behave? 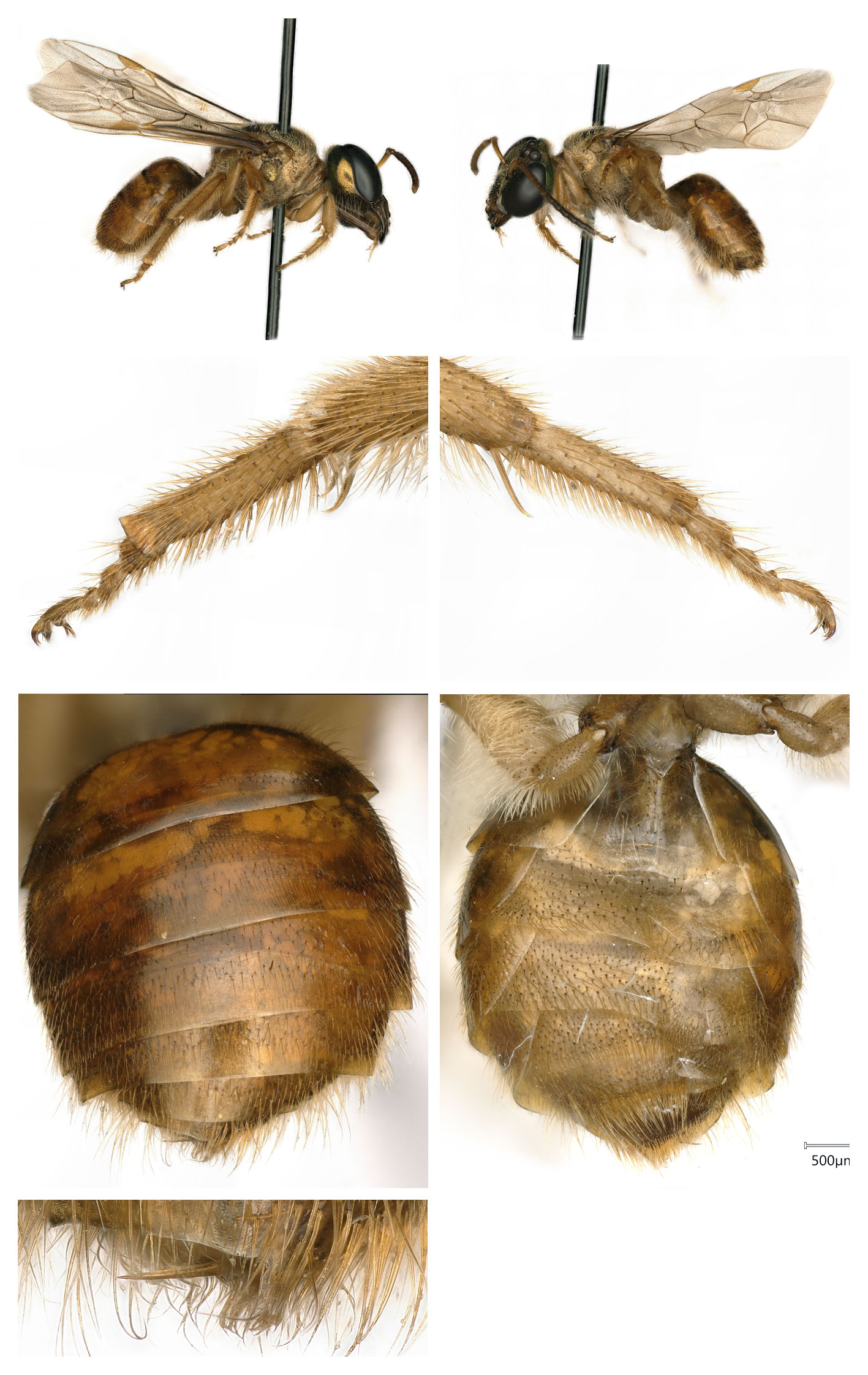 In the neotropical forest of Barro Colorado Island in Panama, an unusual bee hatched: half male and half female. The Smithsonian Tropical Research Institute students and scientists working on nocturnal, socially flexible Megalopta bees at BCI recognized it as a gynandromorph: a rare condition that results in the expression of both male and female characteristics.

The bee’s left side was male-like, with a long antenna, a delicate, pointed mandible, and a slender, naked left hindleg, all typical male characteristics. But the right side was female-like, with a shorter antenna, a stout, toothed mandible useful for digging a nest, and a robust hindleg plumose with branched hairs for transporting pollen. It also had a sting, pointing outward from the female half of the body.

The first discovery of a Megalopta gynandromorph was made in 1999. STRI staff scientist Bill Wcislo found a M. genalis that exhibited the same condition in Barro Colorado. The recent discovery is the first report of gynandromorphism in the closely related bee species Megalopta amoenae.

Given the singularity of the occurrence, the group decided to describe an aspect of the bee’s behavior that hadn’t been previously studied in gynandromorphs: circadian activity, an internal process that enables organisms to clock their daily activities, and for bees and other pollinators to coordinate their foraging behavior with the availability of floral resources. The observations were led by former STRI intern Erin Krichilsky, a student from Cornell University.

They found that the gynandromorph’s activity started earlier in the day, compared to the male and female bees, but that its highest intensity periods most closely resembled the behavior of females. These results were recently published in the Journal of Hymenoptera Research.

“It is impressive that even though there has been intense sampling of Megalopta at STRI for nearly 30 years, only two gynandromorphs have ever been found,” said Krichilsky. “This really exhibits the rarity of these creatures. Finding the M. amoena felt like striking gold or winning the Darwinian lottery.”

For the research team, cases like these are intriguing, not only because they help determine the frequency and distribution of gynandromorphs globally, but also because the insects may exhibit odd or novel behaviors. Ultimately, their unusual activity patterns could potentially lead to new evolutionary paths.