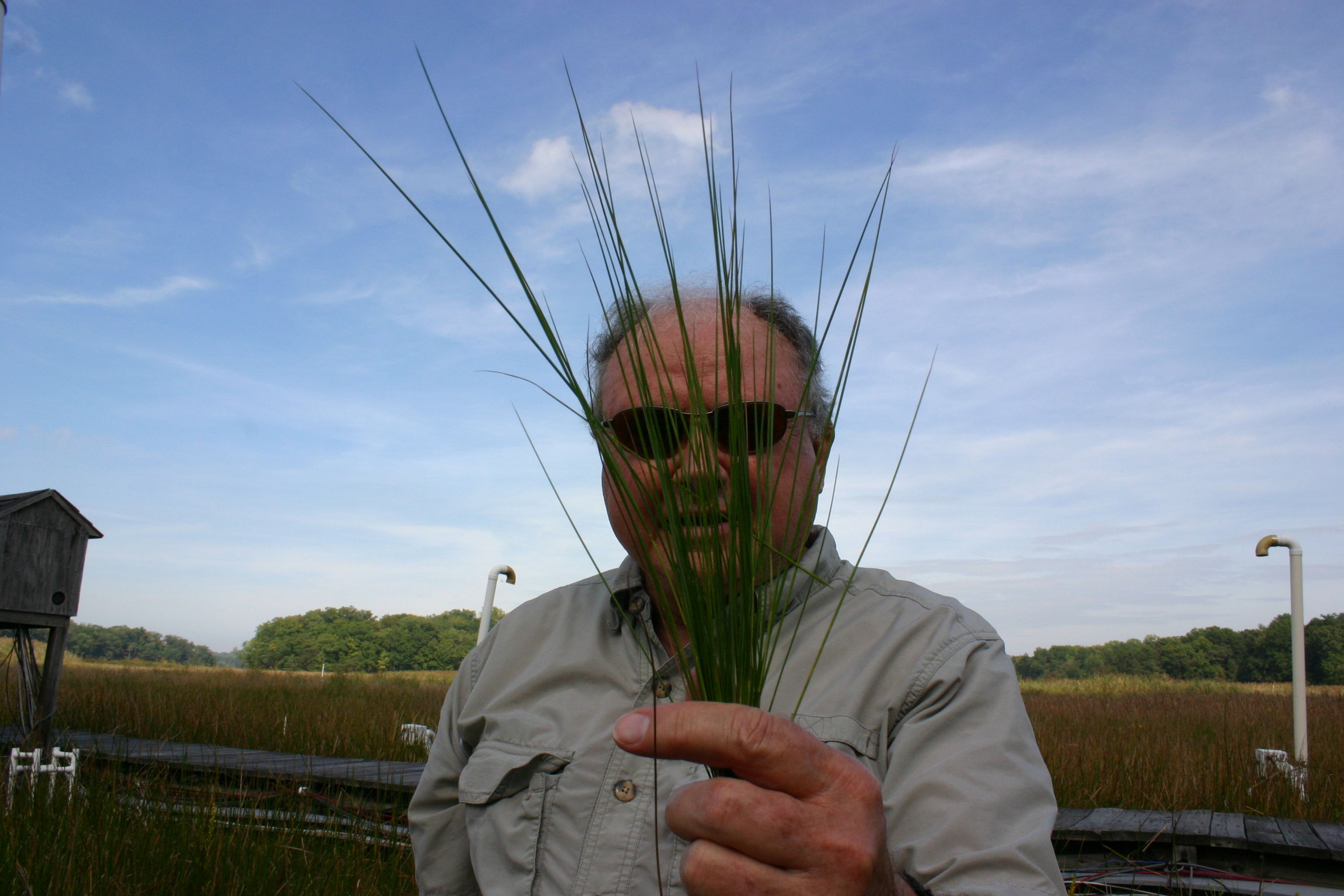 Under elevated carbon dioxide levels, wetland plants can absorb up to 32 percent more carbon than they do at current levels, according to a 19-year study published in Global Change Biology from the Smithsonian Environmental Research Center in Edgewater, Md. With atmospheric CO2 passing the 400 parts-per-million milestone this year, the findings offer hope that wetlands could help soften the blow of climate change.

Plant physiologist Bert Drake created the Smithsonian’s Global Change Ecological Research Wetland in 1987 at Edgewater. Back then, most scientists thought plants would gradually stop responding to rising CO2. Whether or not terrestrial ecosystems could assimilate additional carbon—and act as powerful carbon sinks—was not known. This study tracked not only how much CO2 wetlands absorb, but also the impact of rising temperature and sea level, changing rainfall and plant type.

To simulate a high-CO2 world, Drake’s team surrounded marsh plots with open-top Mylar chambers. For this study they left half of the chambers exposed to today’s atmosphere. In the other half they added CO2 and raised the level to 700 ppm, roughly doubling the CO2 concentration as it was in 1987. Other plots of land were left without chambers. They compared the levels of CO2 going in and CO2 going out to determine the carbon exchange between the wetland and the atmosphere.

Two types of plants populate most of the world, and the experiment tested both. C3 plants—which include more than 95 percent of the plant species on earth, including trees—form molecules of three carbon atoms during photosynthesis, and they tend to photosynthesize more as atmospheric CO2 rises. C4 plants form molecules of four carbon atoms. But for C4 plants, photosynthesis is saturated with CO2 at present levels. For that reason the team expected photosynthesis to increase in the C3 plants but not the C4 plants as they raised CO2. In this study, half the plots were dominated by the C3 sedge Scirpus olneyi and half by the C4 grass Spartina patens.

The C3 plants saw the largest increases. Over the 19-year study, they absorbed on average 32 percent more carbon under higher CO2 than under normal CO2. Most of the increase took place during the day, as the plants absorbed extra CO2 through photosynthesis. But the team was surprised to find that elevated CO2 also decreased the amount of carbon the plants lost at night through respiration. That reduction was due in part to a decrease in the amount of nitrogen in both types of plants when they grew in the high-atmospheric CO2. Also contrary to their expectations, the C4 plants saw a 13 percent increase under elevated CO2, also predominantly during the day but partially at night.

“We expected that more carbon would be assimilated during the day due to stimulation of photosynthesis,” Drake said. “We did not expect that loss of carbon at night would also be affected by the elevated CO2.”

However, climate also affected how much carbon the plants absorbed. For example, droughts crippled the C3 plants’ ability to take up carbon. During three dry years (1995, 1999 and 2002), they absorbed a mere 4 percent more CO2 on average under elevated versus normal conditions. Those three years also saw the lowest CO2 absorption overall. Other environmental factors related to climate change, such as sea-level rise and increasing temperature, also affected carbon assimilation.

Ecologists are still working out where all the extra absorbed carbon is going. According to their data, it does not all go into creating plant biomass. However, the plants do not show any sign of slowing their carbon absorption. “The results of this study suggest that wetland ecosystems will assimilate more carbon as atmospheric CO2 levels continue to rise beyond the level of 400 ppm reached in May 2013,” said Drake.

The accepted manuscript is available online. To view a copy of the full paper or speak to Drake, contact Kristen Minogue at minoguek@si.edu or 443-482-2325.